Adorable Home has you collect cats and groom them in various ways so that you can earn more love, or hearts.

You can stroke the cat, which involves you petting and tapping the cat for hearts. You can cut the cat’s nails without hurting the cat’s ever-moving paw by accident. You can also give the cat a shower, where you try to use just the right temperature for the cat each time.

Read on for a full guide on how to beat every one of the minigames for the cats in Adorable Home! 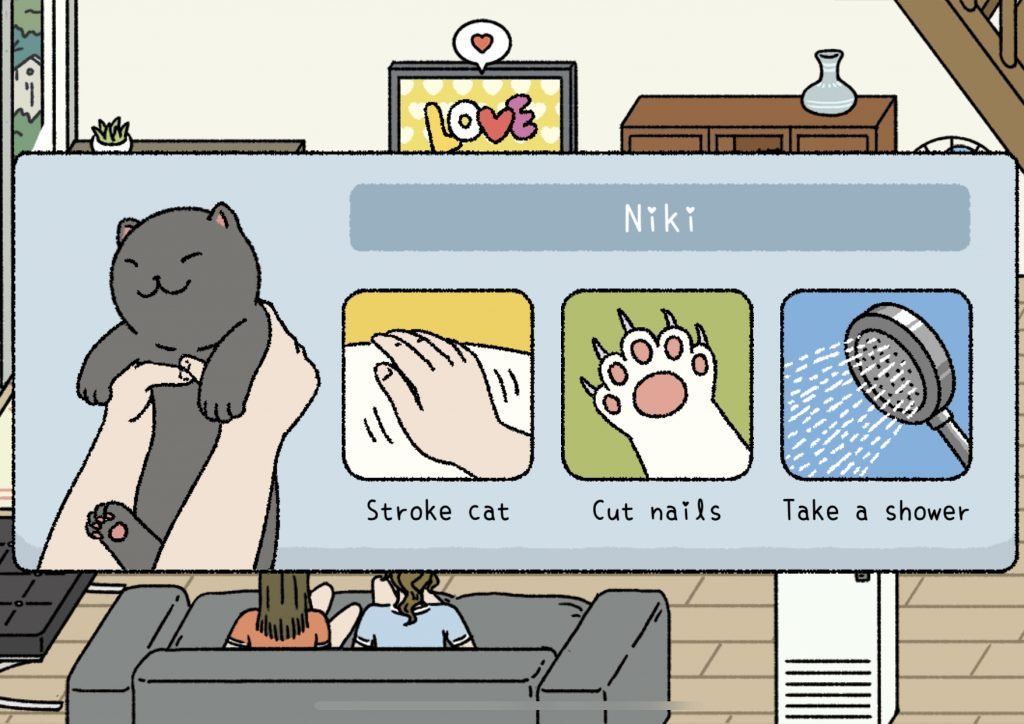 First up, and by far the most frustrating of all, is the Stroke Cat game. In this game, you have to tap and touch the cat in order to pet it, and if you do it right, you’ll get hearts, and if you fill up your heart meter, you get love.

So, how do you do it correctly, and where are you supposed to tap the cat and pet it?

Here’s the good and the bad news: it’s completely random. It changes each time you pet the cat. So you might as well just tap with multiple fingers at a time, as quickly as possible, and get the stage out of the way. 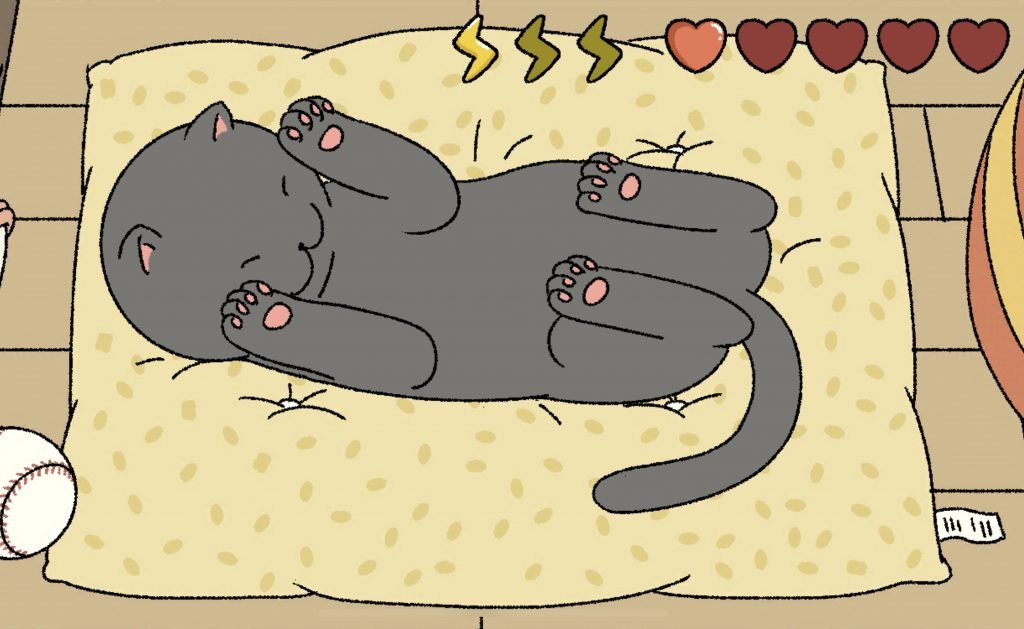 If you fail at the cat petting level, then simply hit try again, let the video ad play if it does play (it rarely does), then try again. Repeat as many times as necessary until you pass the level.

Each cat has a sequence of moves, and while it changes with each different time that you play with the cat, it’s the same from retry to retry. So remember it if you have to start again, and remember where you tapped that got you a heart and not a lightning bolt.

Cut Nails is a much easier game than Stroke Cat is. Just swipe to cut the nails. It’s recommended to stick to sideways or down-diagonal swipes, and make sure not to hit the cat outside of its nails five times. If you only hit four times, or if you hit zero times, or anything in between, you win.

The main key to this game is practice. The movements of the cat’s paws will look completely random and nonsensical at first. Once you’ve played a number of times, though, you’ll be able to cut around them very easily.

Just like with all of the other games, make sure to hit “Try Again” if you fail. An ad video may or may not pop up once you do (it doesn’t always). And make sure to take the heart-doubler ad bonus when you win. 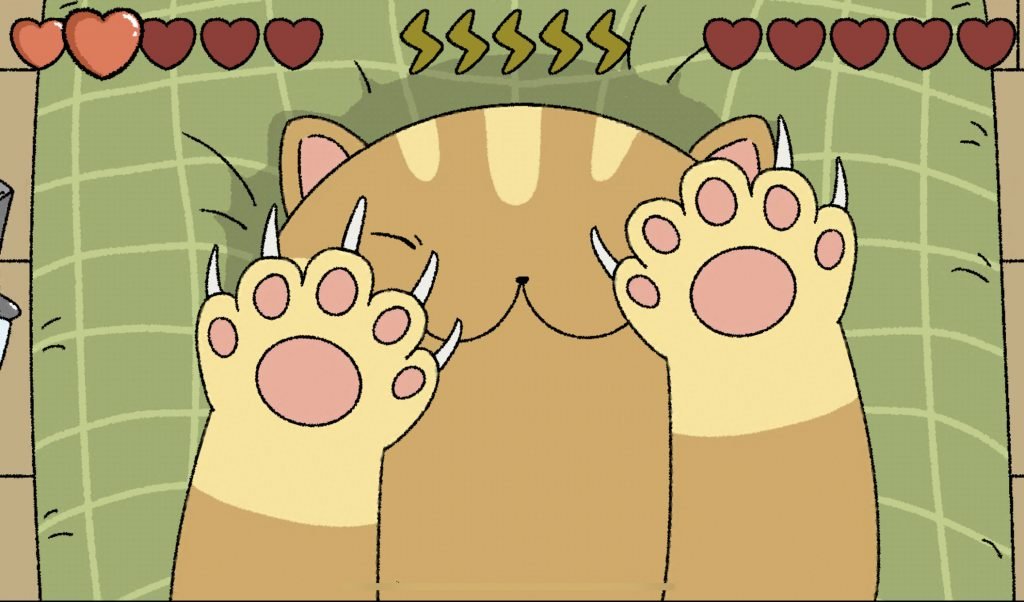 Shower is arguably the easiest game of all. You have to tilt the phone so that the temperature gauge of the shower stays out of the red, out of the blue, in the middle green.

The easiest way to beat this one is to move the bar to the green. Then stick the showerhead in the middle of the screen and leave it there. When the cat walks through it, then you’ll get the heart. 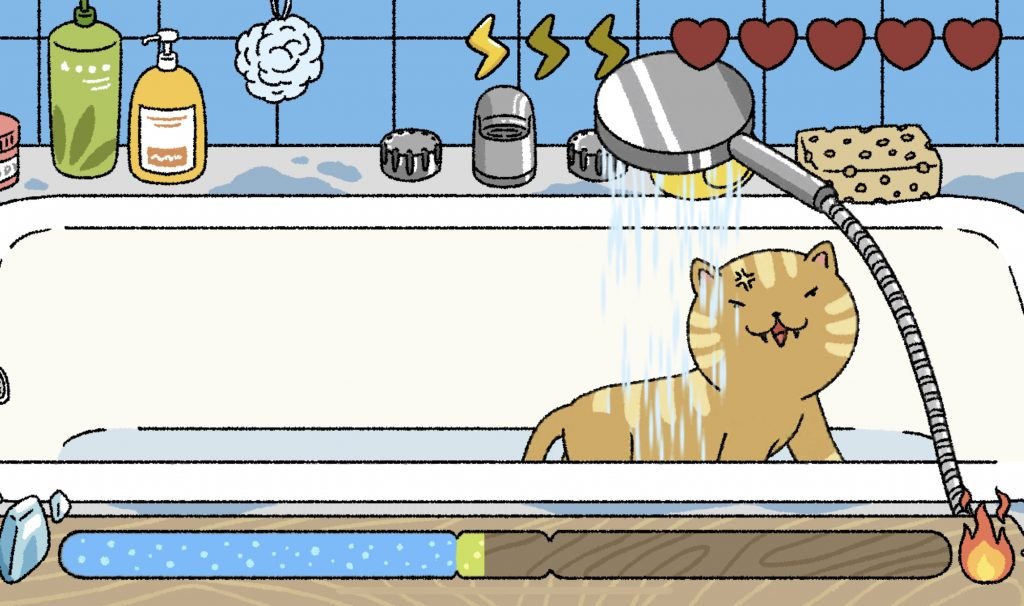 The temperature gauge will shoot up to the reds a little bit. Tilt your phone slightly to the left to lower it back down, and sit and wait. Repeat a total of five times.

If you need a break, then move the showerhead all the way to the right and the cat will avoid it. But with enough practice, you should never have to do that. Just buy as many cats as you can so that you can practice and earn tons of free love!

Cat wants to be left alone

What do you do if the cat just wants to be left alone? There honestly isn’t much that you can do at that point. Just come back later and the cat will most likely be ready to play.

Of course, “later” can look like something different, depending. You could come back in half an hour and play with the cat, or you might end up having to come back 2 hours later. Either way, the cat won’t be ready right now, but will a bit later.