Adorable Home is a new home management game for the iOS and Android platforms. You can pick your character and your partner’s character, furnish your house with all kinds of furniture, decorations, and appliances, collect coins, and take care of your pets.

One addition to the game is the addition of Special Codes. Special Codes allow you to input a gift code, get free rewards for having to do absolutely nothing, and use them for the good of the home.

Read on for a list of Special Codes and where to find them in Adorable Home!

First, we need to tell you how to get to the screen where you can enter the special codes. To get there, all you have to do is the following: first, go to the settings menu.

Then, look for what appears to be a gray lockbox in the upper right corner of the screen. It looks a little bit like a safe. 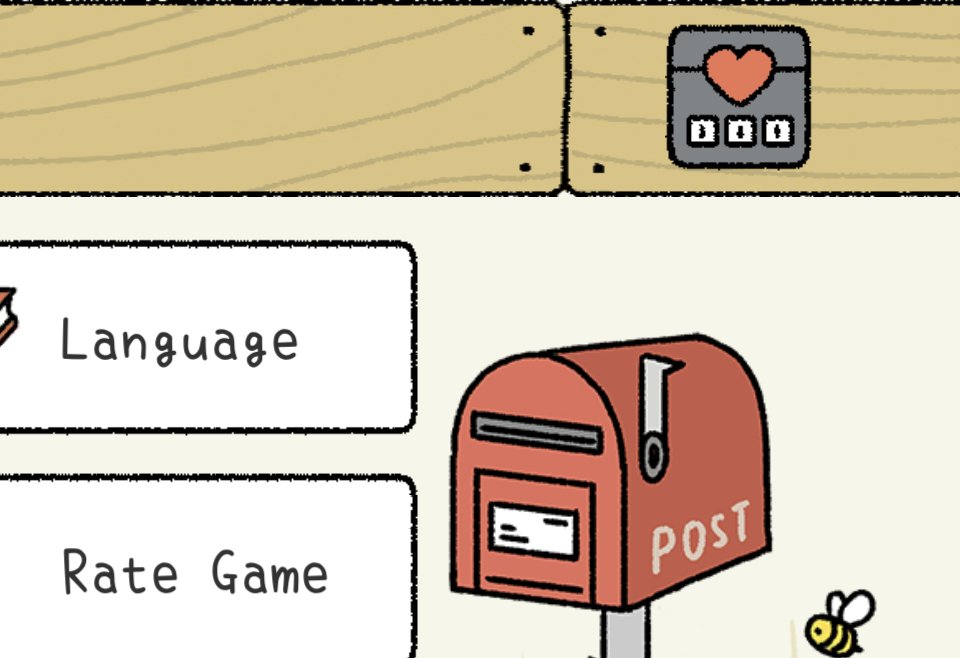 Now, tap on the lock box, and you will be able to enter a special code. Try every special code you can find or have found; there are a decent number of them and you won’t know how many of them work unless you try them. 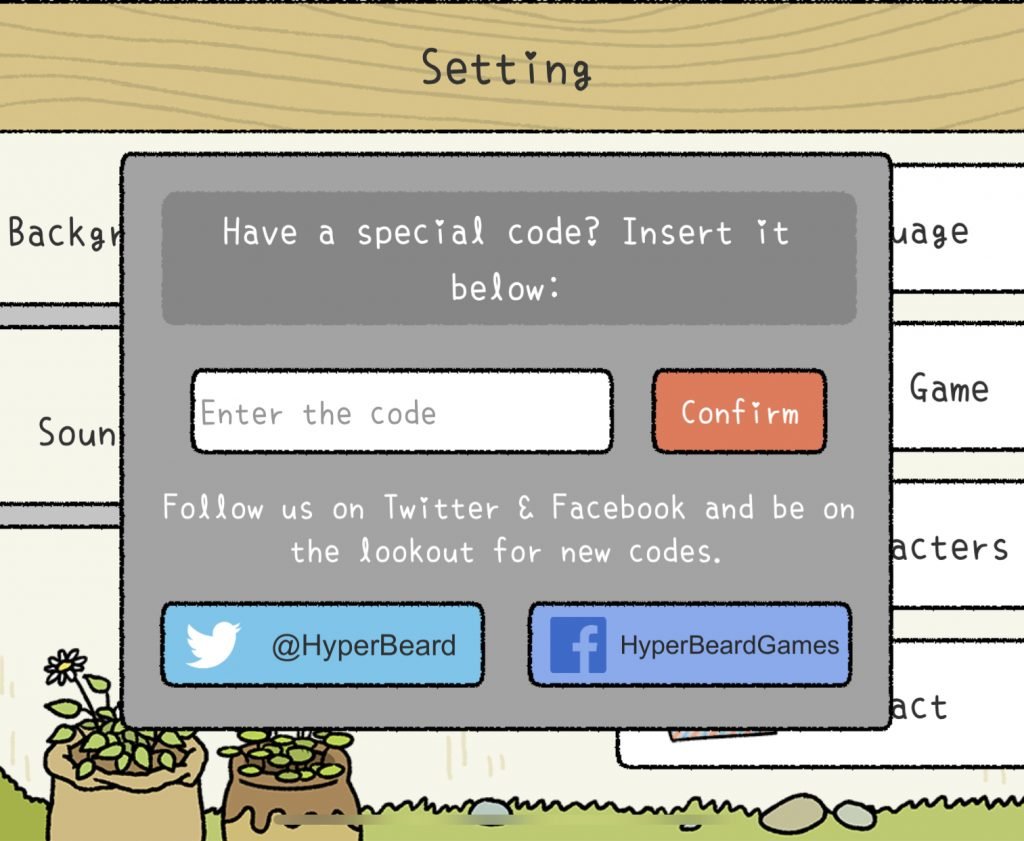 Often it can be for a special promotion, as compensation for server issues, or as a gift for the press and/or someone who has a review copy of the game for article-writing purposes. So if you are someone who makes content about games, take advantage. 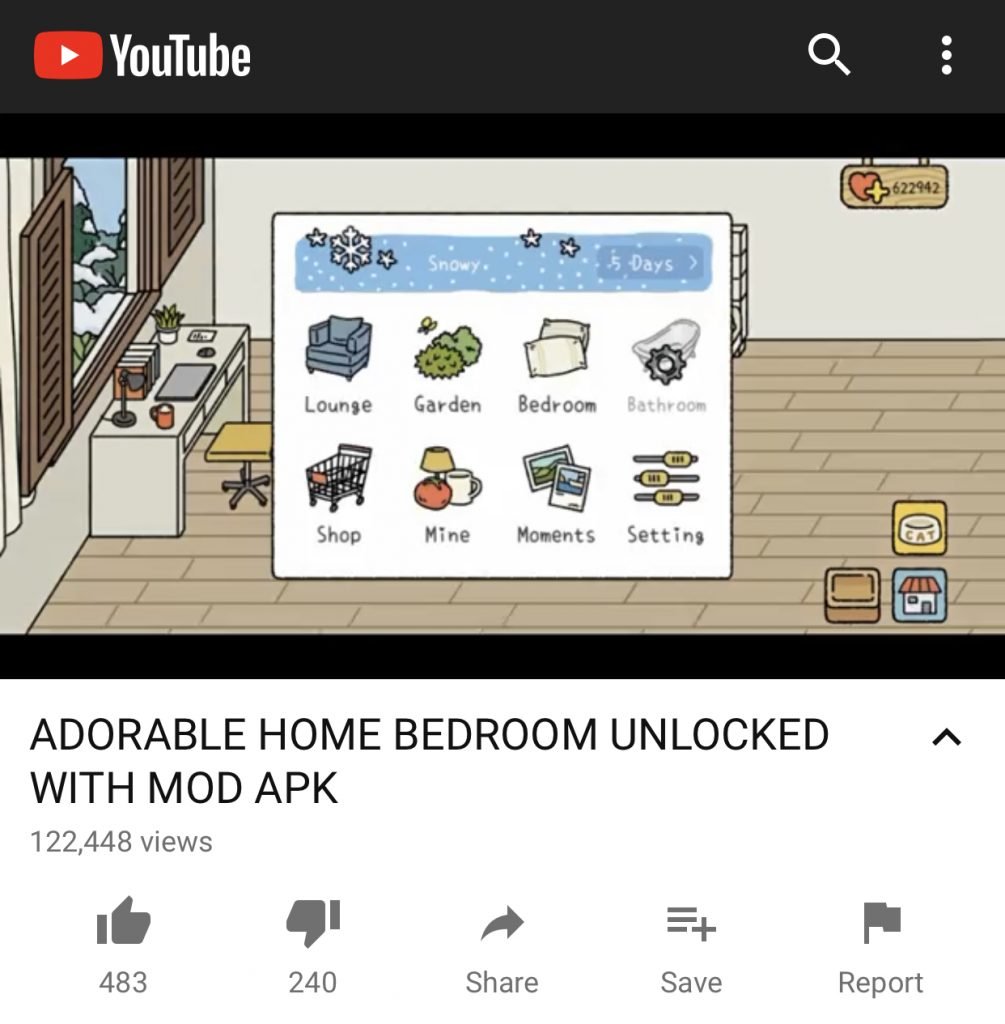 One of the best sources for special codes is the official Facebook and Twitter page not only for the game, but for the company that makes this game, Hyperbeard Games.

Luckily, these pages are linked right off of the settings menu, making it easy to find. 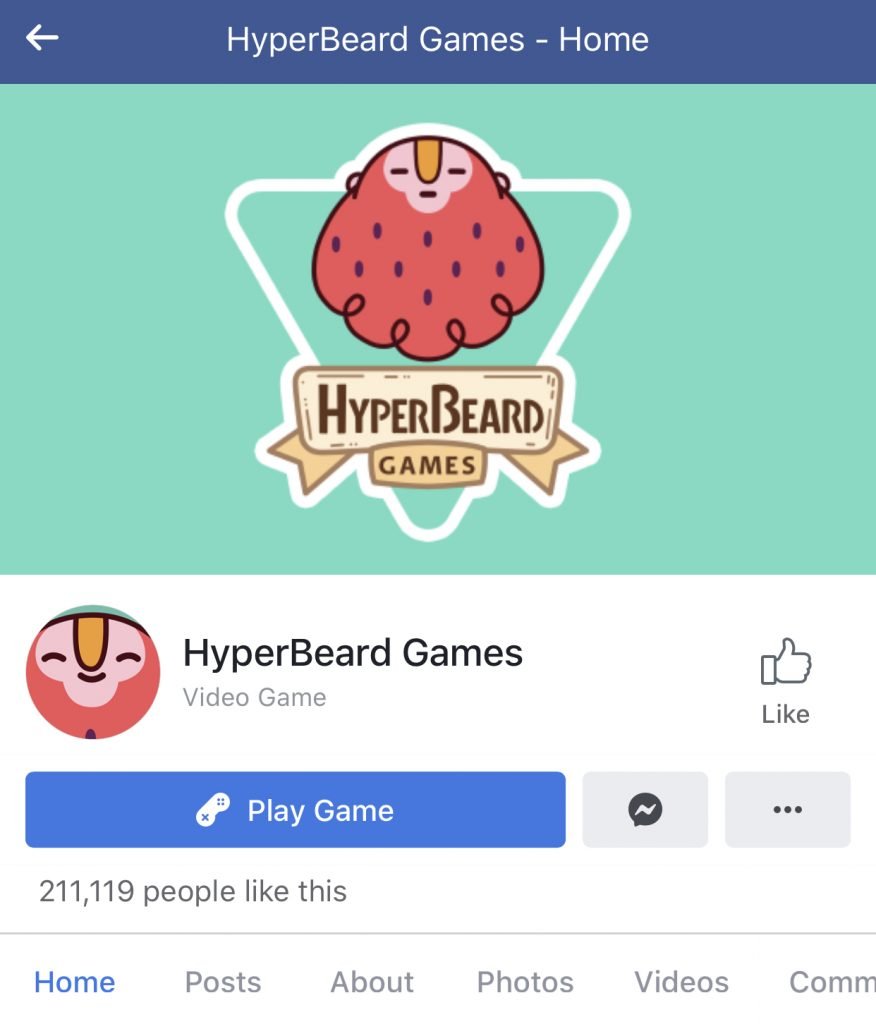 Oftentimes the developers will hold contests or special promotions, such as offering you a special code in exchange for a certain number of Twitter likes, retweets, or Facebook follows or shares on Hyperbeard’s accounts.. Be sure to look out for these, and participate in the contests as you see them appear.

Additionally, these contests produce different codes for different social feeds. For example, if they post a code on their Twitter feed after a certain number of shares, they’re not going to post the same code on their Facebook feed, and vice versa. 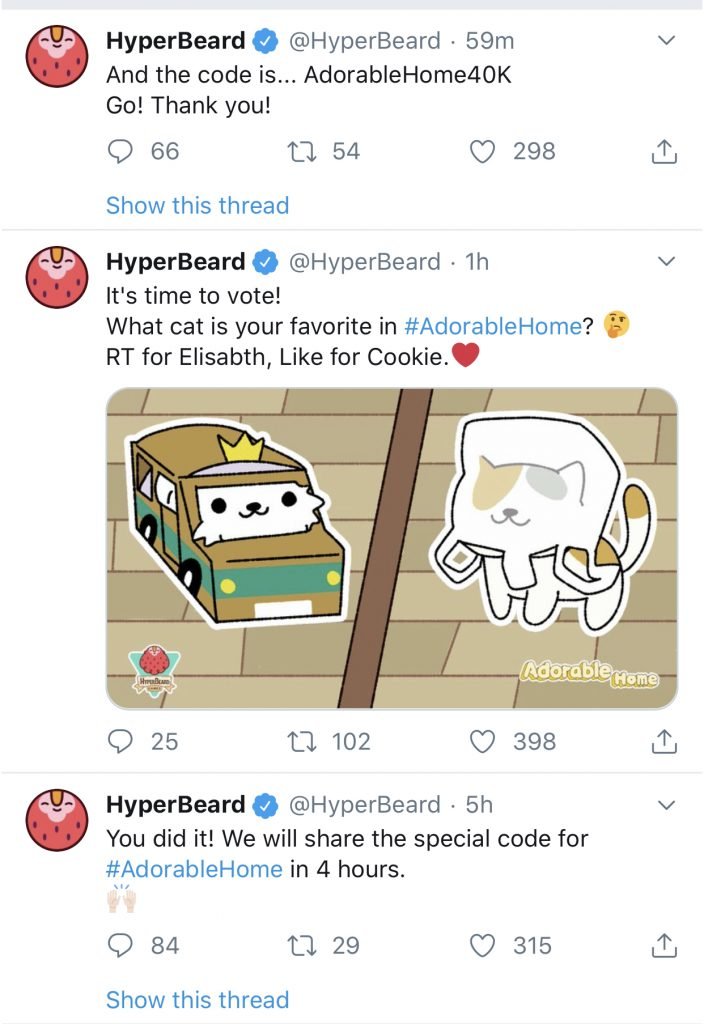 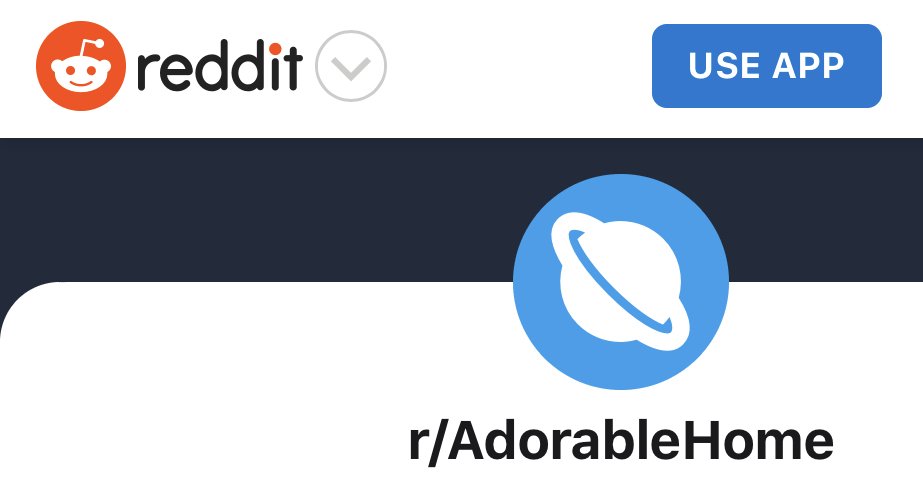 Look for the official Subreddit for Adorable Home; people are going to start putting special codes here as soon as they find them.

Another popular source for special codes is Discord. Discord features chat centered toward gaming, and while this game isn’t in the usual demographics, there is a discord channel for Adorable Home. 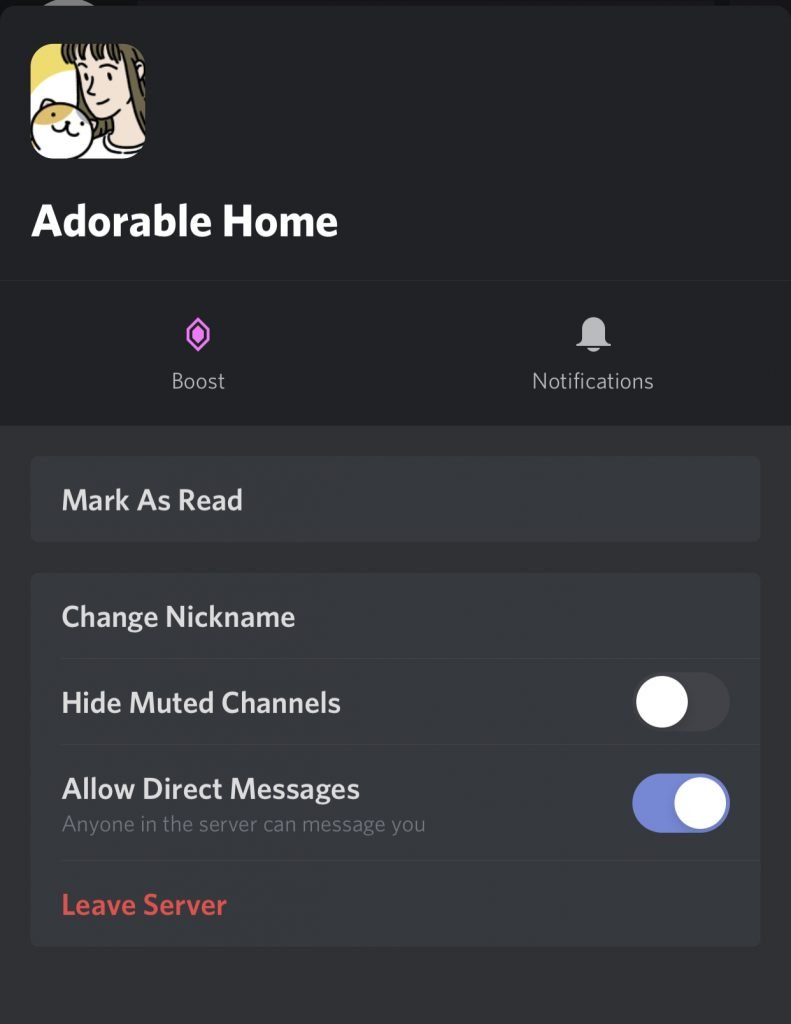 The Adorable Home Discord was created by somebody in the Subreddit for Adorable Home, so naturally, the link is going to be posted there. Accept the invite, and then go to the subsection labeled Codes to see if anything pops up.

Be sure also to check the review pages on the App Store or Google Play. Because there are so many eyes there, someone who has discovered a new code might have posted it there. If you discover a new code, you should also post it in a review. 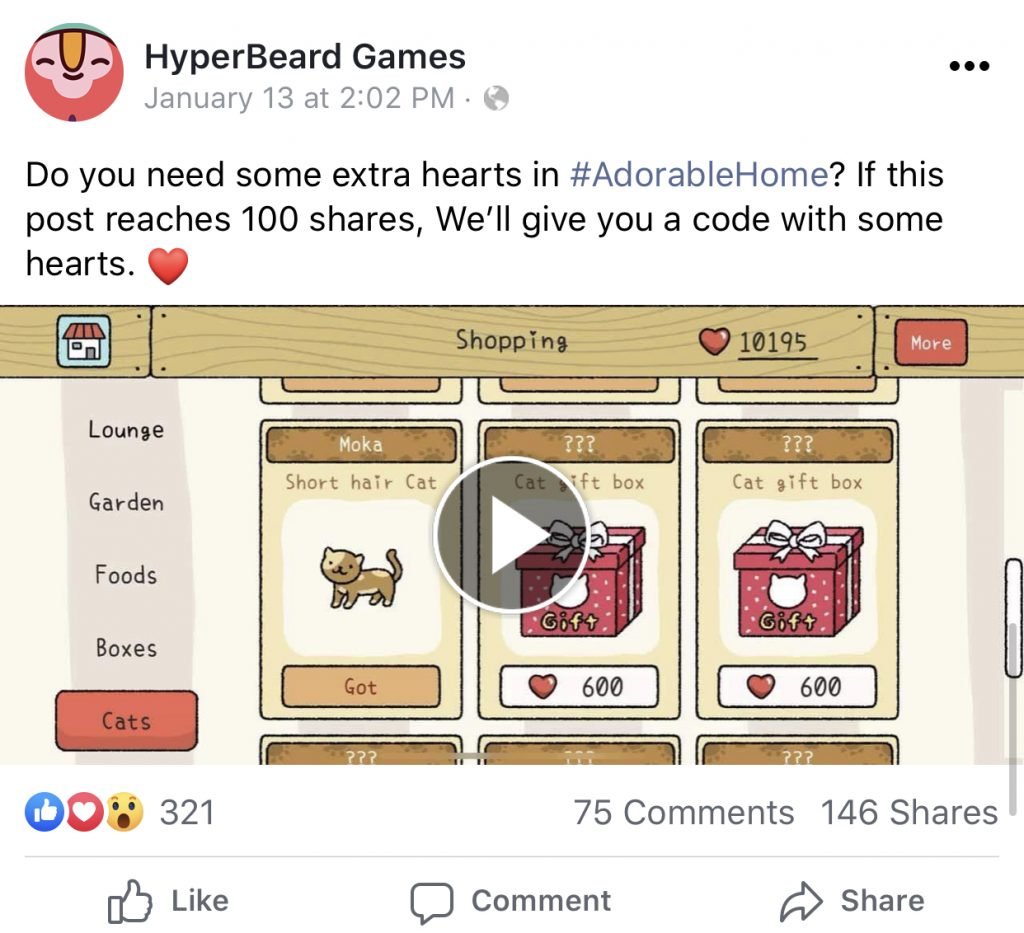 Note that almost all of these codes have only a limited number of global uses before they become invalid, so keep your eyes peeled for new codes here and be the first to enter them.

Some codes will only have 500 uses or so before they become invalid. Others will have thousands of uses, even as many as 40,000 uses. Eventually, it’s even possible that the developers will post codes with unlimited amounts of uses. 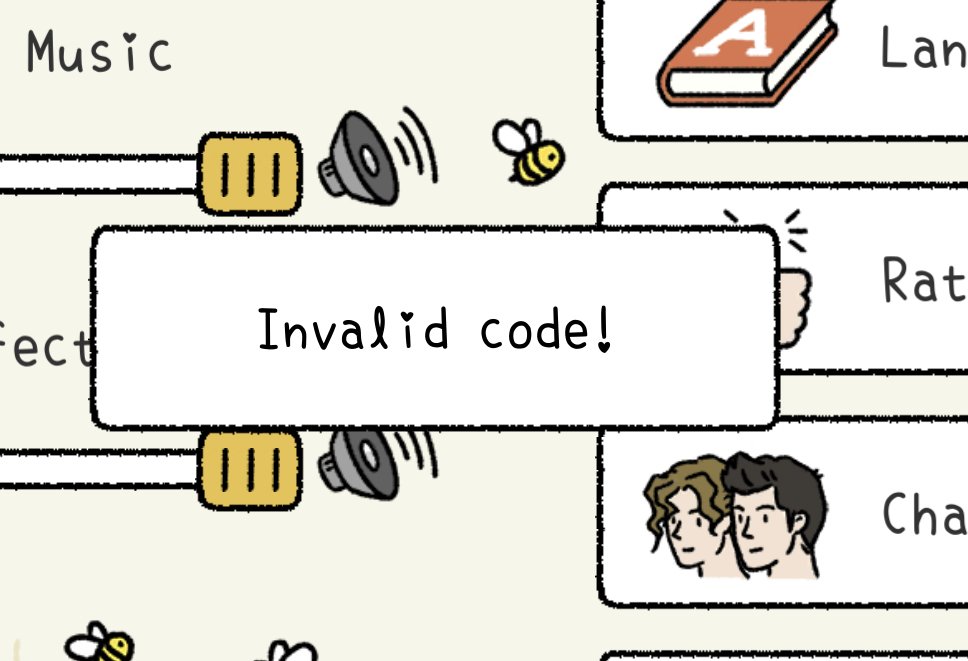 Even though some codes are limited edition, we are still going to leave them posted up just in case they get reactivated by the developers, which has been known to happen. This can sometimes happen if a special event comes around for a second year or second time in a row.

Also, look out for codes commemorating a holiday, such as New Year’s or Christmas or Halloween. Those codes tend to be reactivated your after year. The main difference is that the year will change, from 2020 to 2021, for example.

Codes that commemorate new games by HyperBeard are also good to look out for, so keep on the lookout for new releases by the developers. Hyperbeard is the biggest and most successful mobile game developer in Mexico and has numerous releases worldwide. So a new game is always just around the corner. 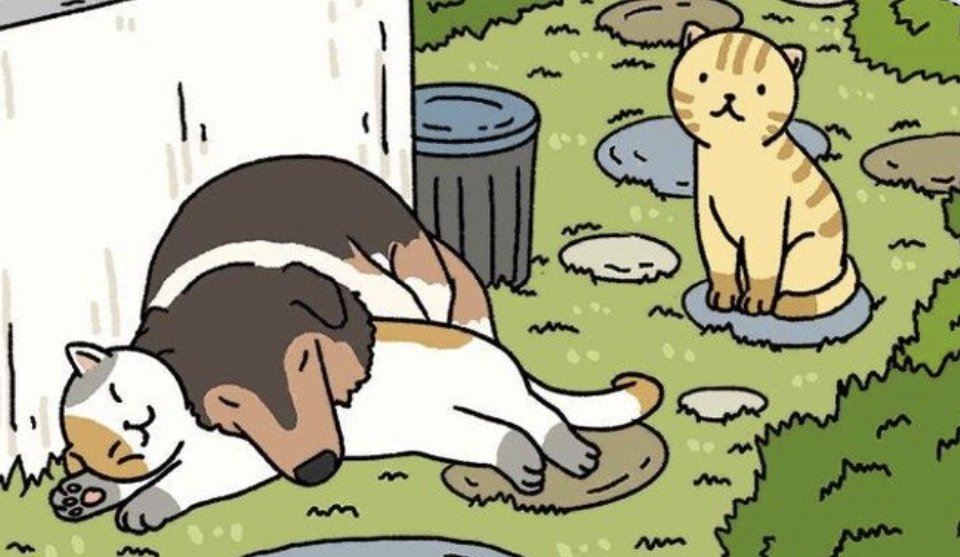 Be sure to keep on the lookout and continue to check this article. We are constantly updating as we find more Special Codes in Adorable Home.

In the meantime, use every method to collect free heart/love that you can think of. Purchase as many cats as possible and then feed them, groom them and play with them whenever you can. The more cats that you have, the more love you can possibly earn.

Take free offers and watch videos to earn more love. Collect love from the weather report on the television, and collect love whenever your partner takes the Bento box to work that you make them. 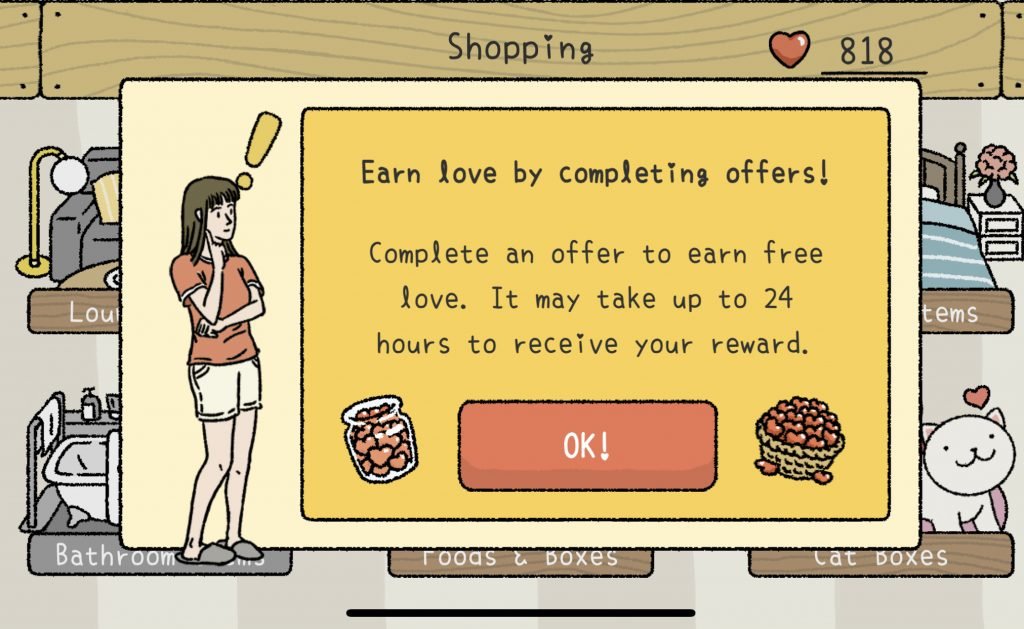 Last but not least, keep your eyes peeled on the comment section of this article, because players of this game will tend to post gift codes here as soon as they find them.

Current Special Codes list (Note: all of these codes are case sensitive, so you have to put them in exactly as they are written.):

Having read this I believed it was rather enlightening. I appreciate you spending some time and energy to put this content together. I once again find myself spending way too much time both reading and posting comments. But so what, it was still worth it!