Archero is somewhere between a roguelike and a bullet hell shooter, and it’s become one of the most popular games on the App Store. Your goal is to make it through ten long, grueling chapters against wave after wave of enemies, each tougher than the last, while earning gold, gems, new weapons, pets, and more. 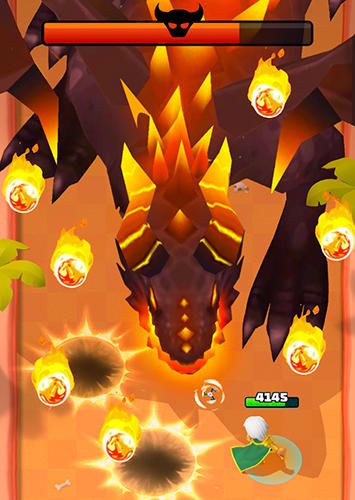 As you go through each stage and each chapter, you’ll pick up numerous skills and abilities, all of which have unique advantages throughout the game, and which will help you in various ways. You can choose a skill, pair it, and use its advantages to smash your way through each level.

Read on for the complete skills guide, skill-combining guide, and list of best skills in Archero!

This includes attack up, health up, critical up, attack speed up, etc. These are always a good choice, although they are not always the BEST choice. But they’re great for working out the shortcomings of whatever weapon you have equipped, or simply making its strengths even stronger.

This causes each of your shots to set the enemy on fire, causing a limited-time residual damage. The damage stops after awhile, but it drains enemy health very quickly, making it a great boost against big mobs of enemies, and against bosses if you can hit them often enough.

This one causes you to gain back health whenever you kill an enemy, assuming you are not already at maximum health. It’s a small boost, but it’s one that can keep you going if your health gets low and you’ve got a mob of enemies trying to kill you.

This one is good to use against large mobs of enemies that are close to each other. If you kill one enemy, then any enemy next to it will take lightning damage. Small radius though which is why it’s best when you’re in levels with big mobs.

Pick this one and you will get two lightning orbs that surround your character and damage anyone whose paths they cross. Pair these with other Circles and Swords and you’ll create a train of damage. You can run and cause damage, or cause damage from behind a wall with orbs and swords.

Same as Bolt Circle, except swords instead of orbs. Pair with Bolt Circle for double the bolt damage.

This causes arrows to bounce off of walls and stay in play. While it’s not worth much on its own, pair it with diagonal arrow, rear arrow, side arrows, multi-shot, and other multi-arrow power-ups to cause massive chaos on the level and completely dominate the chapter.

Choose this one, and when an enemy is killed, they will explode in dark matter, damaging enemies in a small blast radius around them. The keyword there is ‘small’ so herd enemies together and then kill one. Works best in large mobs.

When you kill an enemy, they explode into six projectiles, which fly out and damage any other enemy in their path. This has a MUCH larger range than Death Bomb does, making it far more useful, whether for large mobs or even small enemy groups. 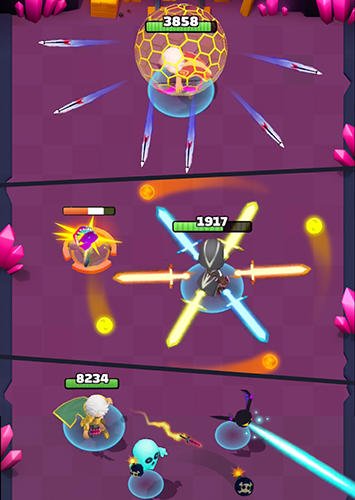 Causes you to fire two arrows diagonally from your main one; one to the left and one to the right. This one is mainly only good for large groups of enemies or if you are fighting against a really gigantic boss that you can hit with multiple arrows in all directions. Otherwise, it isn’t of much use.

Two fire orbs will spin around you, causing fire damage (speedy residual damage) after they hit. This is great when paired with other orb types, as you can do damage through walls and while running, and especially get a lot of hits on fast-moving enemies who chase you down.

Same thing as the Fire Circle, but it’s swords that circle around you, instead of orbs.

This one allows you to fire a second arrow, right next to your first arrow. This is a top all-around skill as it can give you advantages against both big groups of enemies, and it pairs great with other arrow abilities, such as ricochet or multishot.

This one is like Crit Master on steroids. You have a small chance at one-shot killing enemies when you hit them. This pairs well with Ricochet, Pierce, Bouncy Wall, and other multi-shot upgrades. Doesn’t work on bosses.

Kill an enemy and two projectiles will shoot out, one to the left and one to the right. Line up enemies horizontally to maximize the damage caused by this. Can pair well with Death Nova.

Same as above, but swords circle around you instead of orbs.

Multishot allows you to fire one arrow right behind the other. So this skill essentially doubles any damage you do, and is a great all-around skill. Pair it with front arrow to fire FOUR front-arrows at a time, and pair it with ricochet for easy damage four times in one shot.

This power-up causes arrows to shoot through enemies after you hit them. Pair this one with the Bouncy Walls skill to get a gigantic advantage, with the potential for huge damage with literally every shot that you make, against both single enemies and large groups.

This causes two poisonous orbs to fly around you, damaging whatever enemy they touch. They also cause poison damage, which is endless residual damage until the enemy dies, allowing you to run around and poison every enemy on screen just by hitting them with the orbs. Pairs especially well with Fire Circle and Fire Swords for maximum residual damage.

This causes each of your shots to be poisonous, doing residual damage to an enemy until they are dead. This and blaze work similarly, except that the poison does slower damage and continues indefinitely, making it advantageous against bosses and minibosses in particular.

Increases attack damage as your HP gets lower. Great for that tough level that you just can’t beat but that you can also make it to the end and/or beat the boss on.

This is a very strong skill to have, because it gives you the potential to do major damage to enemies. Once a shot hits an enemy, it will bounce off and aim itself at the closest enemy within range. When you’re at the stage of the game where you’re still trying to deal with enemy hordes in order to get to the bosses, this skill kills.

Use this one and you’ll increase the amount of health you’re healed by when you do heal. Also great for levels you just barely can’t beat. Unsure if it works on Bloodthirst healing or not too but if it does, they will make a good pairing.

This one is only useful if you already have a pet. If you do, then Wingman allows the pet to take shots. The pet will never die, but the shot will never hit you either, so the pet becomes a shield for you.

If you are going for finest contents like I do, only pay a quick visit this web site every day because it offers quality contents, thanks

My partner and I stumbled over here different page and thought I might as well check things out. I like what I see so now i am following you. Look forward to looking over your web page again.|