Battle Breakers is Epic Games’ new RPG for The iOS and Android platforms, and is Epic’s first new game since Fortnite. This game features its own unique characters as well as characters from Fortnite such as Cuddle Team Leader. You can make your way through the humorous story, collect hundreds of characters, earn coins and gems, and participate in all sorts of limited edition events.

There is even a Battlepass here that earns you a ton of extra rewards. You can go through different difficulty levels of each level and fight against tougher and tougher enemies, plus construct and upgrade buildings, and spend stars at some of the buildings, for even stronger teams and deeper gameplay.

Read on for some tips and tricks for Battle Breakers! 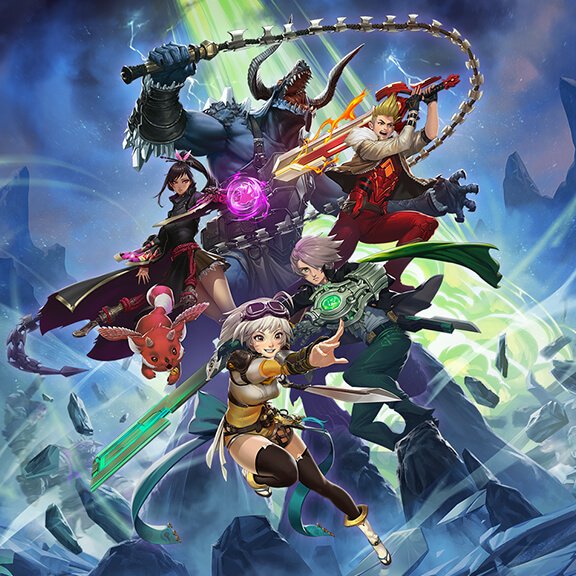 Battling is a completely unique system where you break through crystals, then battle the enemies that pop out of them. For grinding and farming, and for most battles in general, auto battle mode will be sufficient to win.

For tougher battles, though, especially enemy battles and higher-difficulty versions of levels that you already beat, you might want to control the fight manually.

One reason for this is so that you can target enemies by element. Water beats fire, fire beats plant, and plant beats water. Light and dark are weak against each other.

Smart use of special moves also helps when it comes to winning tougher battles. Target by element, focus on defeating one enemy at a time, especially the strong attackers, and save your healing spells for heroes who need it, when they really need it.

Be sure to pay attention to the color tile that’s located right above the auto button. Characters whose elements match the tile color will get healed and boosted when they attack. The tile color changes every time you break a crystal, so leave the crystals alone if you like the current tile color.

You can have up to six heroes in your party at at a time, but keep more heroes upgrades than that so that you have backups. For some battles, you are going to need to load up on one element or the other, depending on if the enemy team skews toward one element disproportionally.

In addition, heroes will have different stat sets, making them a better tank, support, assassin, area damage specialist, saboteur, or some combination of more than one of the above. Generally you should keep a good mix on your team, but in some cases you might want to skew a little bit heavy with one type or another; such as more healers or tanks against a team that is heavy on attackers.

You’re going to need to increase your player level if you want a lot of the bonuses, new buildings, and building upgrades that are offered. The fastest way to do this is to go to a battle that you’ve beaten already, put the battle in auto mode, and play over and over. If your farming specific items, too, then go to stages that have that specific item or switch around between stages.

Pets can make a big difference in battle, but they don’t appear automatically. When the summon bar in the lower right corner of the screen fills up, you can summon a pet, and they will be able to attack and support for a set number of turns or until they get knocked out by an enemy character.

Make sure to rescue heroes with the airship whenever possible and to break crystals for rewards whenever you get hammers. Hammers can be found as rewards for completing quests, among other places, and for each crystal that you break, you will be rewarded with heroes, pets, gold, possibly even gems, and more.

You can cast unwanted heroes and pets into the monster pit in order to gain special and rare rewards such as heroes, diamonds, pets, and other upgrades. You can only put one of each hero into the pit; other duplicates can be sold for gold and resources. You can also pay 50 gems to take a hero back out of the pit.

Play in the special events and look for special chests as much as possible. Not only will you be able to take on challenges and earn big rewards, but you will also be able to earn limited edition characters, especially the ones from Fortnite and other Epic Games titles that are bound to pop up every once in awhile.