BlackShip Royale is a new battle royale game for the iOS and Android platforms. You play as a pirate ship, and your goal is to do battle with other pirate ships in the open seas, and try to destroy all of them and become the last one standing. You can fight for first place, earn coins and all kinds of other bonuses, and use them to upgrade your cannons and your ship itself. Plus you have three different game modes that you can do battle in. 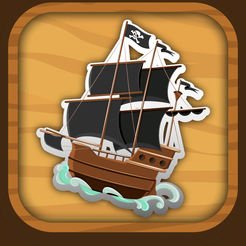 Read on for some tips and tricks for BlackShip Royale!

Being that this is a pirate ship battle game, the movement and the aiming of your cannons takes a little bit of getting used to. Ships turn slowly, so plan your turn in advance whenever you can. As your ship increases its speed, though, its turns will become faster too.

Aiming is another interesting component of the game. Your ship will automatically aim either to the left or to the right whenever another ship is next to you and within firing distance of your cannons. So use strategic turning and aiming to maximize the amount of shots you’re able to land, thereby maximizing your score.

To get easy kills against enemy pirate ships, target one ship at a time, follow it, keep it in your sights, and don’t leave it alone until it’s been blown up. This will work against the vast majority of your enemies. The only ones that might be able to avoid it are ships with significant speed boosts.

Another way to score an easy kill is simply to hang back and wait while enemy ships shoot each other, draining each other‘s health. When a ship gets low on health, swoop in, shoot them, and take the kill away from whoever else is shooting them.

You can upgrade in four different ways. If you upgrade your cannons, you can increase your fire power by increasing the amount of damage that each individual shot does. You can upgrade your speed in order to not only move faster, but to allow your ship to turn faster, as well.

Upgrade your hit points, and you will be able to take more damage before your ship gets blown up. Upgrade your offline income, and you will earn more money when you are offline. Don’t neglect this upgrade; while it’s easy to forget about, you can potentially come back to a massive amount of money after a long time spent offline.

Coins can be earned by destroying other ships, and by placing higher in each level. When you want to earn a massive amount of coins, though, your best bet is to wait for Captain Jack Swallow to pop up with bonuses. As long as you have a good internet connection, you will be able to watch the advertisement video, and when it finishes, you will earn the coins. Immediately after this, another offer to double your bonus will pop up, which can also be earned it by watching an ad video.

Occasionally, a spin-to-win bonus offer pops up. This also requires you to watch an ad video, but the number of coins is based on how lucky your spin is. Spin the wheel to try to earn as many coins as you can. If you close out of the window or watching the ad video, the offer will go away until the next time it pops up.