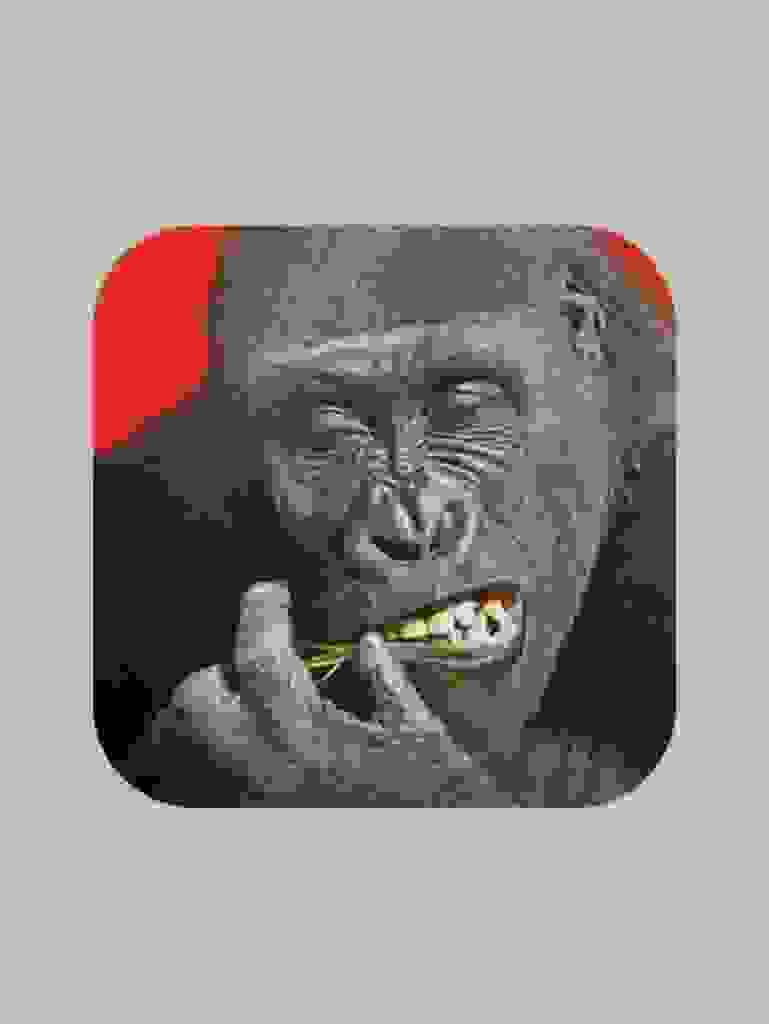 Flying Gorilla is a ridiculous new game for the iOS and Android platforms that lets you play as, literally, a flying gorilla. You can fly through level after level, with obstacles ranging from easy to extremely hard to pass, for literally hundreds of levels (since this game gets them added regularly). So once you’re done with the game, you still aren’t done with the game.

You can upgrade using lottery machines, upgrade the machines themselves, unlock brand new machines, and use them not only to unlock all sorts of bonuses as you go forward in the game, but even bonuses in new game modes, too.

You can earn two different types of currencies in this game: Golden Eggs and Gold.

Golden Eggs are the premium currency of the game, and they allow you to unlock brand new skins and looks for your gorilla, ranging from gold-plated to completely translucent. You can even unlock the legendary skin, cementing your status as a top player in the world. 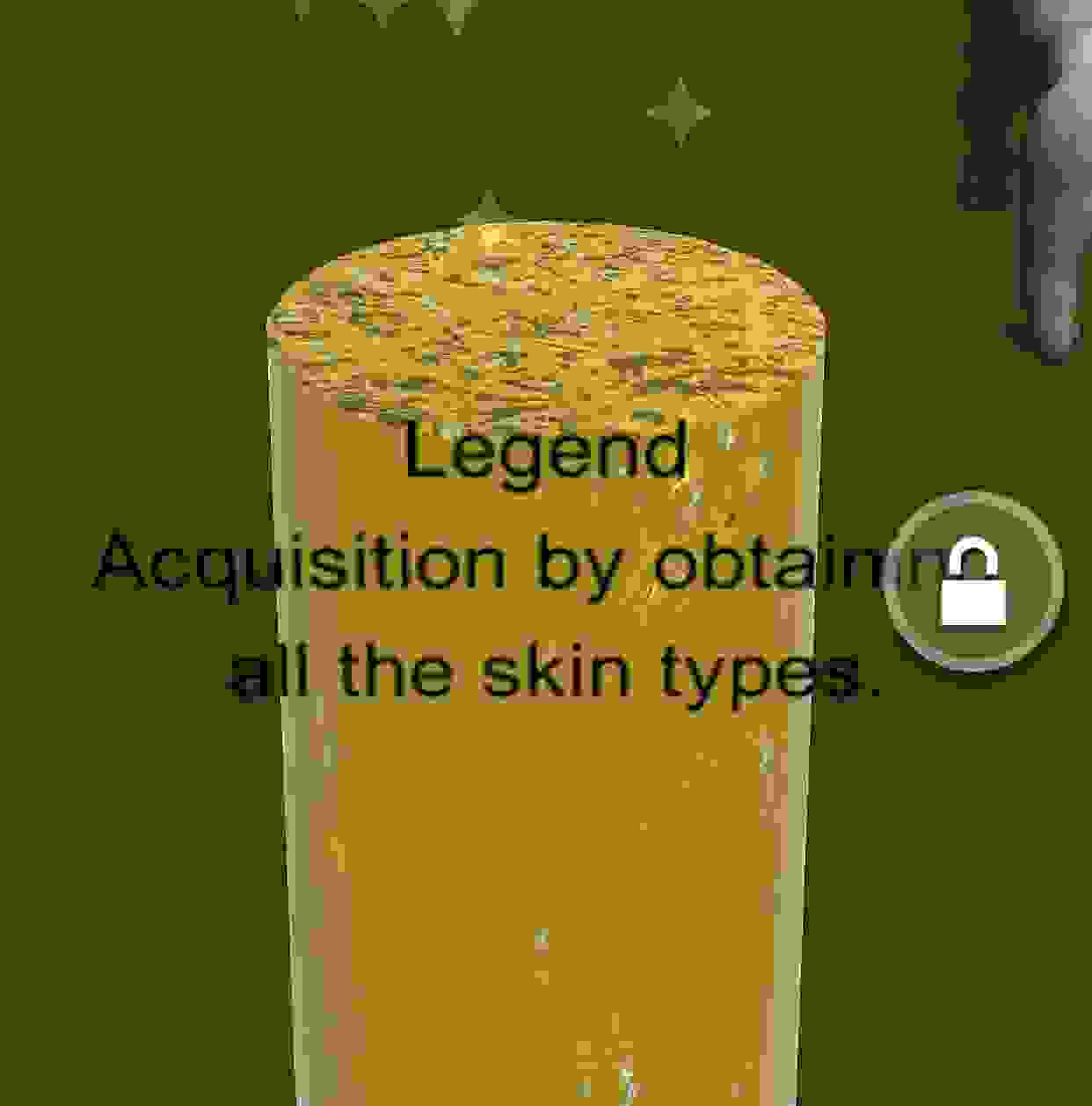 Gold, on the other hand, allows you to spin the lottery machines, unlock bonues ranging from the common to the super rare, and even to increase the value of every piece of Gold that you pick up, making you super rich as you go through the game if you use the right strategies. 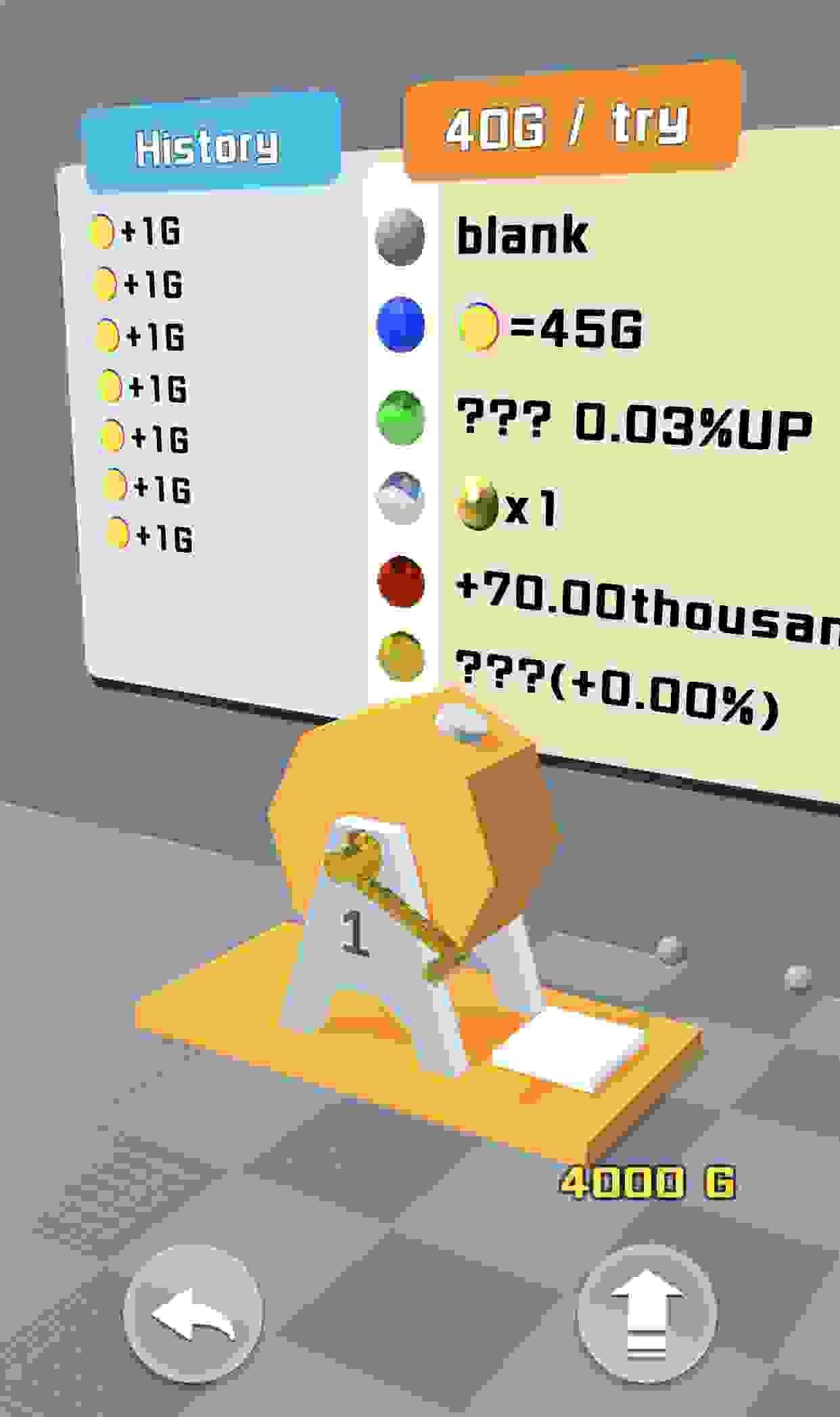 You have an endless mode in this game that challenges you to get the highest score possible and to run the highest distance that you can. Of course, this becomes an excellent way to collect gold, too.

You can even customize the game in order to tailor it perfectly to not only the specific device that you are playing on, but to the power of said device. Whether you have a 5-year old plastic Android or a brand-new premium phone that’s stronger than most computers, you’ll be able to get peak performance out of the game.

Read on for some tips and tricks for Flying Gorilla!

Dealing with Obstacles In Each Stage

Each level is fairly straightforward. All that you have to do is avoid the obstacles, run into the pigs if you want to, and then collect the currency. Each level is tougher than the last, and the water and scenery change color after each level. 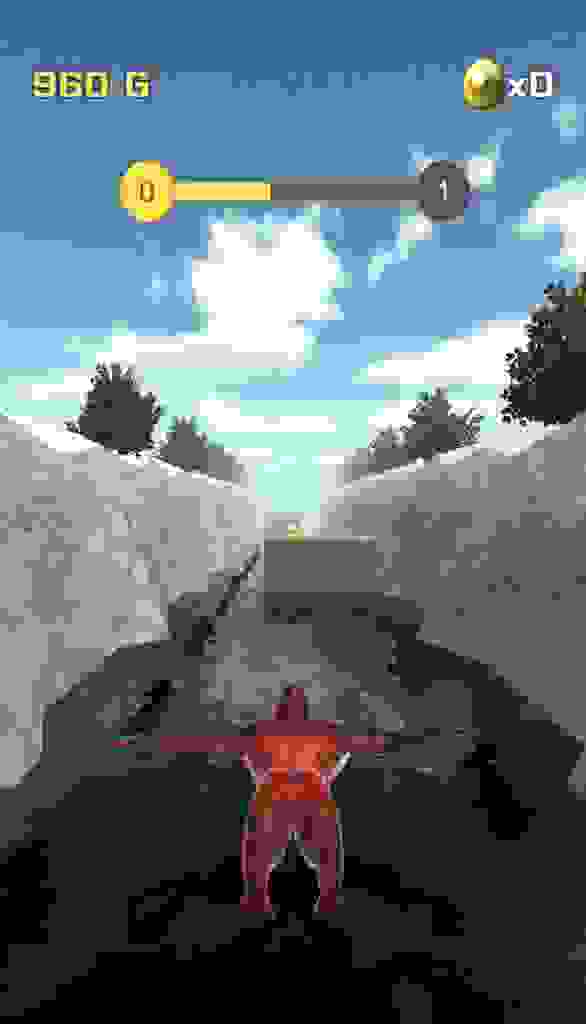 As you move forward from level to level, though, the obstacles start to get tougher and more difficult to pass.

The most basic obstacle, and maybe the most numerous one, is the simple unmoving block. All that you have to do is steer around it, which is easy to do early on, but later in the game when you combine it with the sheer quantity of other obstacles in your way, it becomes tougher. 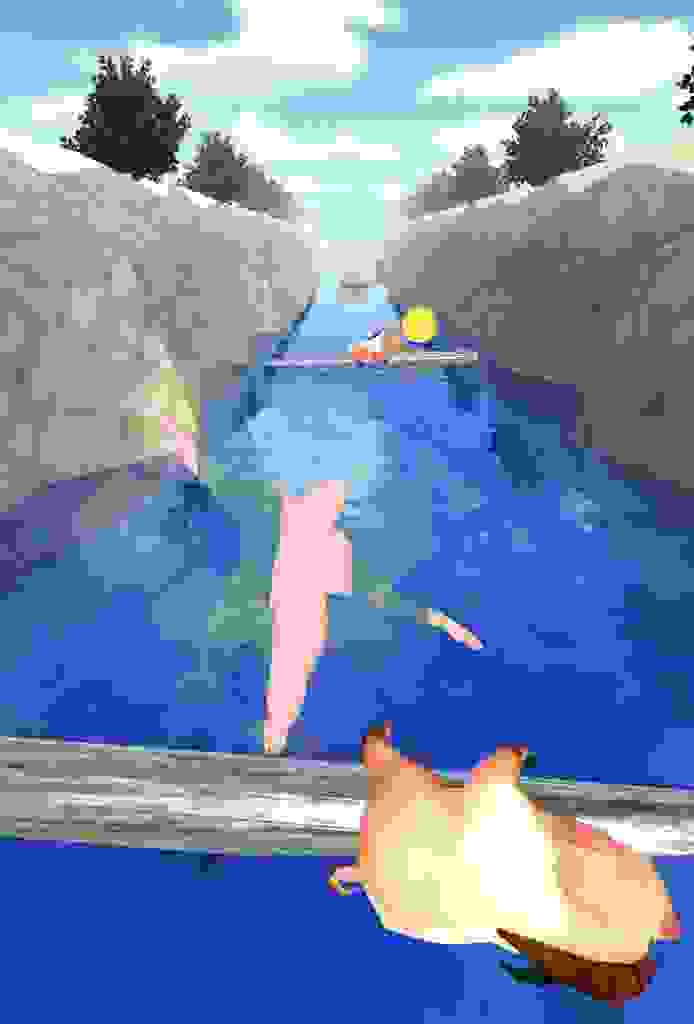 With the rolling logs, either stay at the very middle of the level or tilt the arms of the gorilla no further than 45 degrees. Notice that the pig (the animal that you CAN hit) is in the middle of the log. That’s a hint that you can pass over the middle of it and take no damage.

The pig also shows up on square platforms in the middle of the level. You can pass right over the platform without taking any damage of course, but if you’re turned to the side and then you let go and fly into the side of the pig platform, you’ll die. When going down the middle, the pig blocks the damage that you would otherwise take from the platform.

You don’t get a bonus from hitting the pig, but you don’t lose if you hit the pig, either. So whenever you come across a pig in the middle of a level, you can either run into it or avoid it. The choice is yours. Just don’t try to cut through the side of the block.

Once you get a slight bit further into the game, a few more obstacles will appear. One of these is the big red diamond pickaxe that swings from side to side. These are fairly easy to time on their own, but can throw a wrench into levels when combined with higher numbers of the more basic obstacles found in the game. 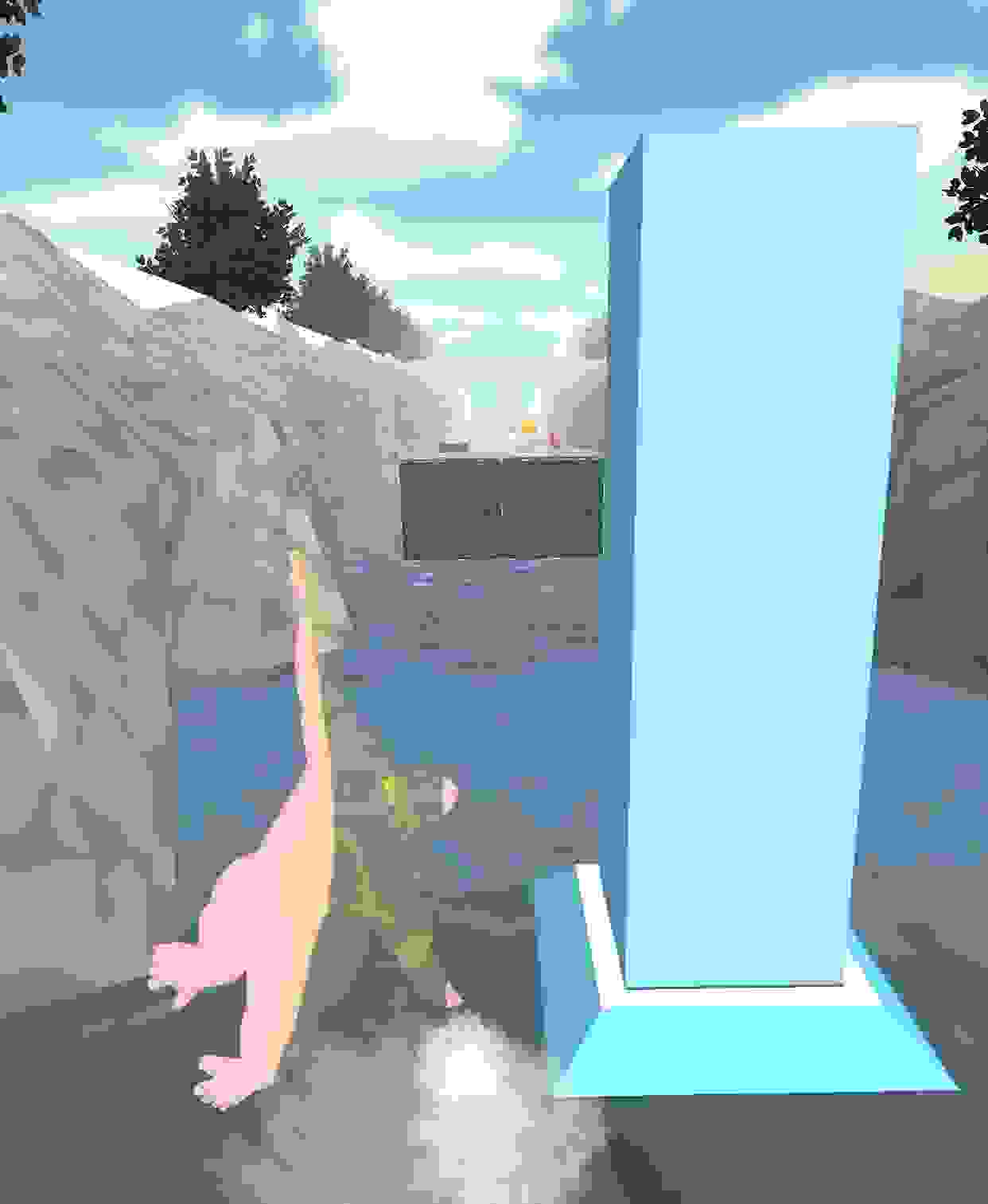 The big blue pillars that shoot up from the middle of the level also present a challenge. You see very little of them right up until the second that you approach them and they go flying up out of the water. Pay close attention to them so that you can avoid them. 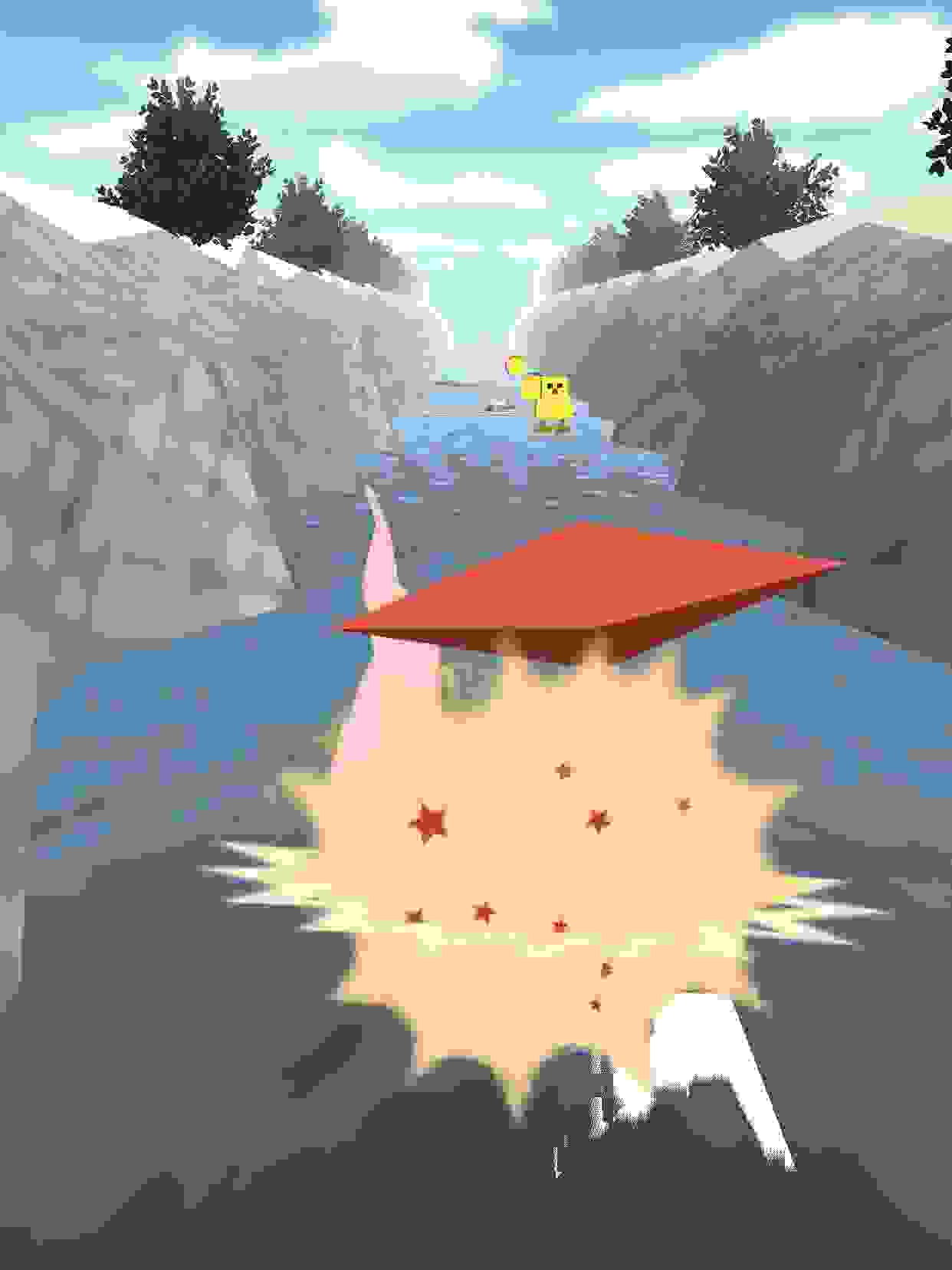 Neither of these obstacles are THAT tough to pass on their own, but combined with higher numbers of flying birds, arrow blocks, and rolling logs, you have to make a lot of movements in order to stay a step ahead of the obstacles. So that’s where the game continues to present tougher and tougher challenges.

Once you pass level 7, you will unlock Endless Mode, denoted by an “infinity” symbol on the main screen. Enter this mode, and you’ll be treated to an endless stage. Your score here is determined by how long you last, and your goal is to get the highest score that you can. 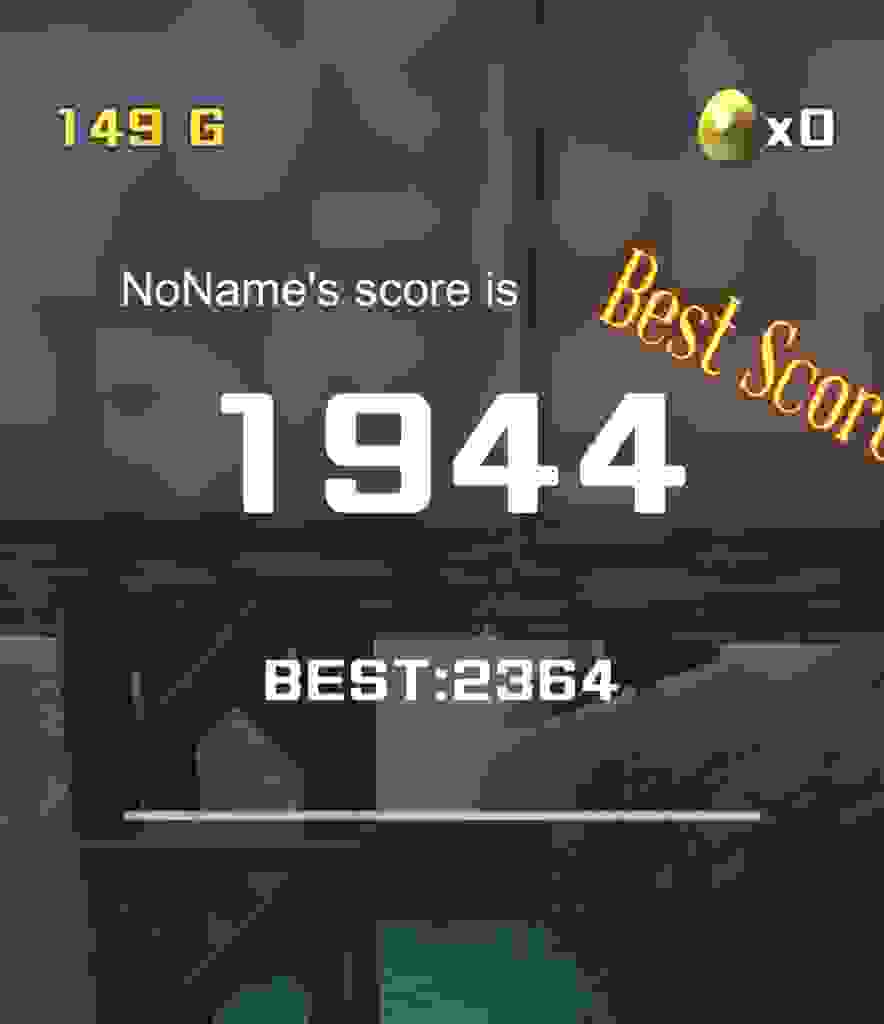 Once you unlock this mode, some of the upgrades in the Lottery Machine will start to make sense. Some of the upgrades (very rare ones) will increase your score on the endless level, meaning you won’t have to go as far in order to get as many points.

Experiment and find the combination that works best for you and allows you to earn the highest score. Plus, also, this will allow you to have a better chance of beating the stamdard levels, too. 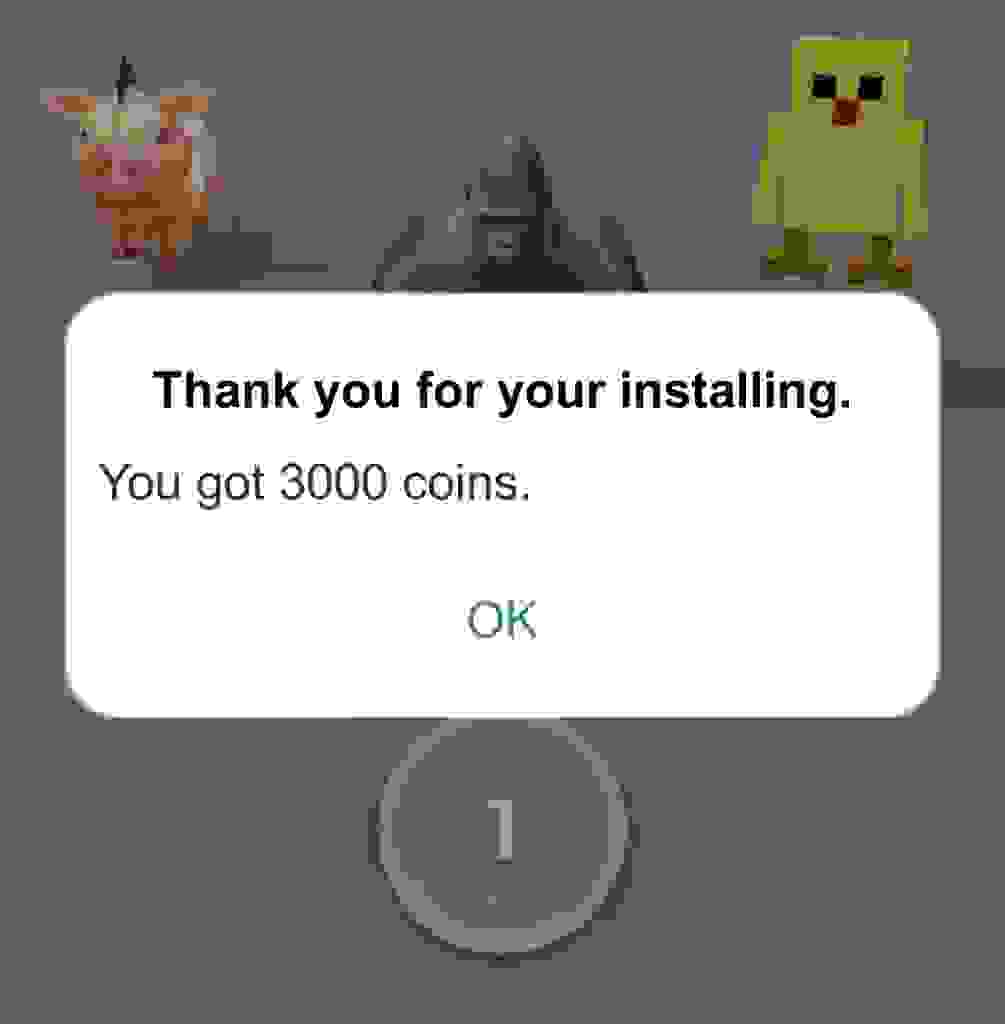 You start with 3,000 gold as soon as you install the game, so be sure to spend your gold right away in order to do the lottery machine spins. You can start off the game with all sorts of upgrades this way, including earning far more gold when you collect it within the levels.

Gold is mainly used for this lottery machine, and you start the game off with a lot of Gold, so before you do anything, use all of your Gold on spinning the rotary machine for as many upgrades as you can get. 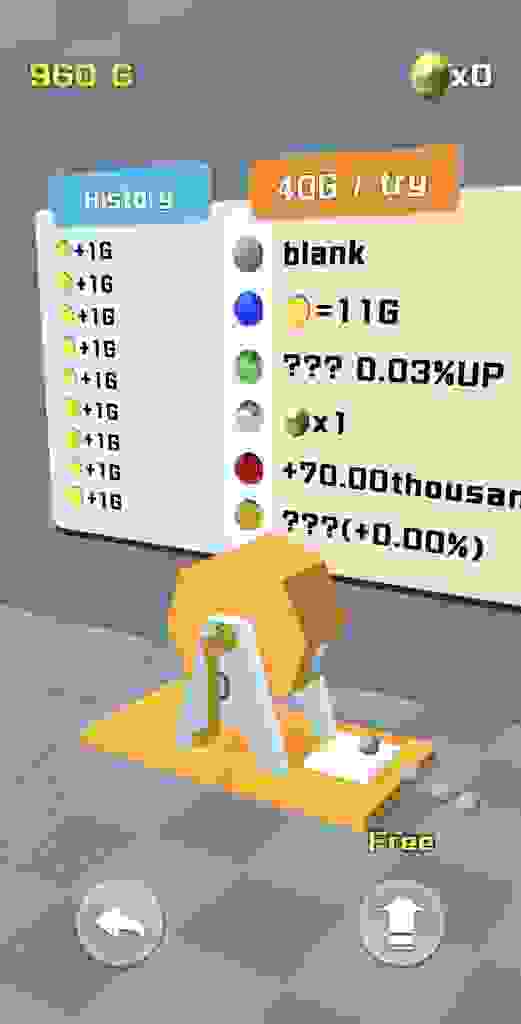 Golden Eggs, on the other hand, allows you to unlock new skins. Each new skin costs Golden Eggs, and while it doesn’t change the gameplay, it changes the look of your flying gorilla. Unlock all of them to unlock the legend skin. 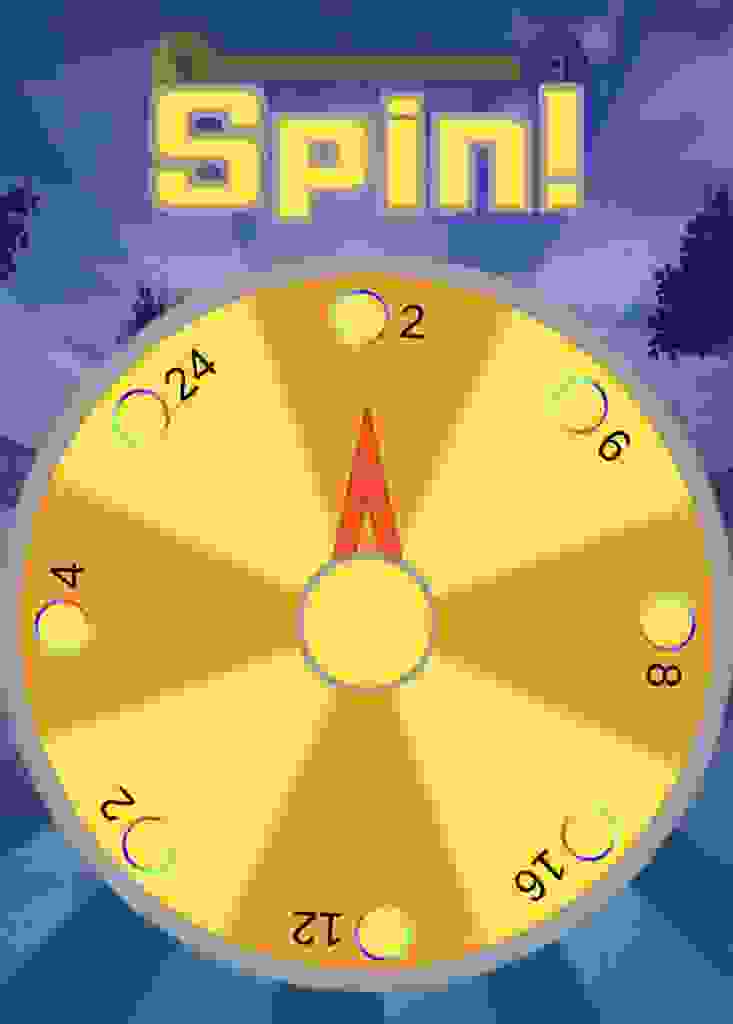 You can collect Gold and Golden Eggs from within each of the levels, but Gold is obviously far more common. Golden Eggs are very rare. Also, at the end of some levels, you’ll be able to spin for a gold prize. The gold will be multiplied by the upgrade level of the gold, which brings us to the Lottery Machine, where you can upgrade your gold value.

Go to the lottery machine and you will be able to roll for several upgrades. Upgrades including earning more Gold or Golden Eggs per one that you collect in-game, as well as allowing you to increase your speed and other stats per level.

You can also upgrade the lottery machine in order to increase its efficiency, earning you more stones, gems, etc. for upgrades per spin. Tap on the video icon in the corner of the screen to do the upgrade. The first upgrade is done by watching an advertisement video. When the video finishes, so will your upgrade. 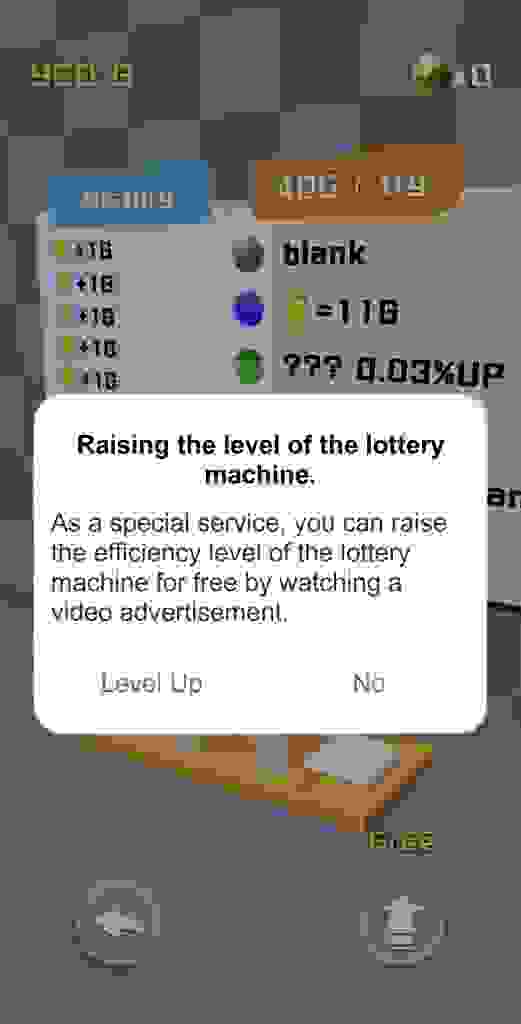 The upgrades after that are done using gold. The first upgrade after the video ad one costs 4,000 gold. The higher that you upgrade the level of the lottery machine, the more goodies you’ll earn per spin and per gold spent.

Use the older lotto machine to upgrade your gold massively until you have so much of it that you have no need to collect anymore of it in levels anymore. Once you’re insanely rich, switch to the new lotto machines for the rarer rewards.

Unlocking New Skins For Your Gorilla 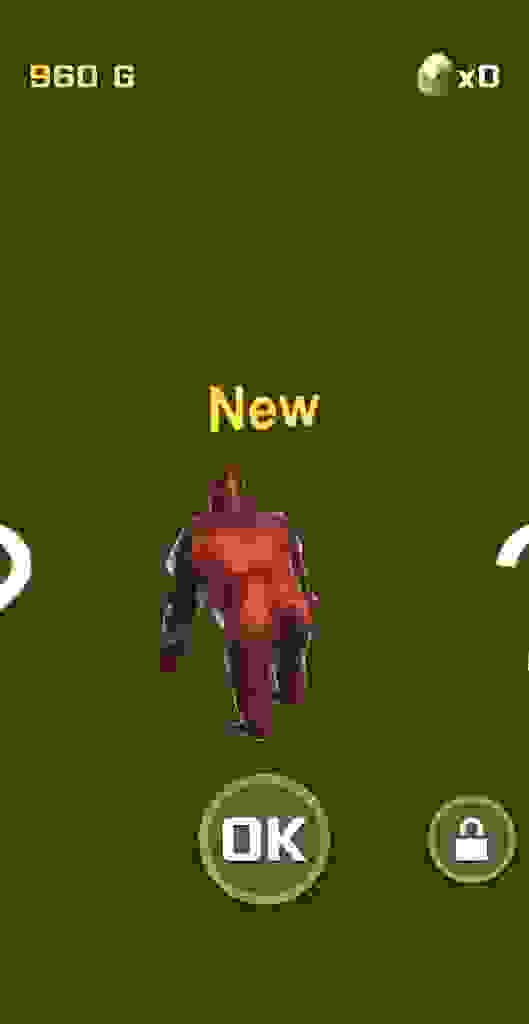 So even if you don’t have any Golden Eggs, you can still eventually unlock all of the new skins by watching an ad video once per day. Be sure to go here and watch a video daily, and make that the first thing that you do. 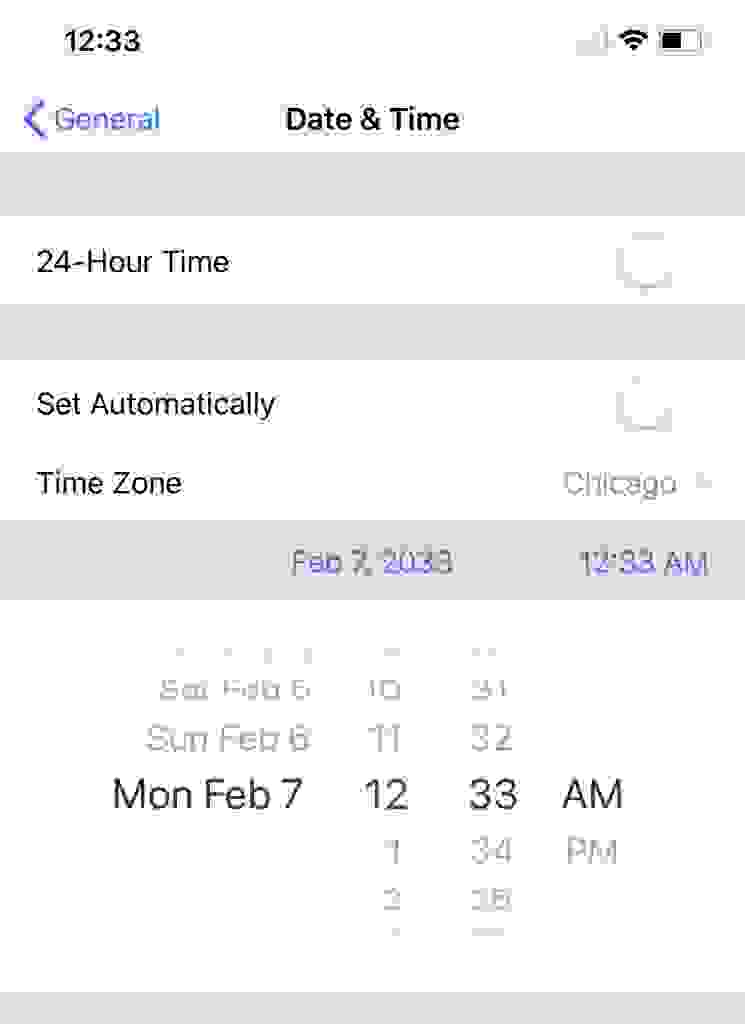 You’ll have to do this quite a few times in order to unlock every new skin in the game, but it’s worth it if you’re a dedicated collector. After about a month or so, you should have enough videos under your belt to unlock a new skin. Then you can set the date and time back to normal on your phone.

Settings and How To Use Them To Your Advantage

Under the settings menu, you can modify all sorts of stuff about the game. You can change the frame rate, change the graphics to higher or lower quality, change the sensitivity of the swipe touch controls, and you can increase or decrease the volume of the background music.

The best use of this if you have an older phone that slows down when you play the game. If you have a newer phone, then you shouldn’t be experiencing any slowdown, and should be able to play the game at full speed with maximum graphics.

Change the sensitivity of the controls depending on what your style of play is. If you like to do quick swipes to the right and to the left, and then back to the middle (which is arguably the easiest style of play), make the controls more sensitive.

If you like to keep your finger held down on the screen the whole time and guide the gorilla back and forth, then decrease the sensitivity of the controls. But if you have a big phone or are playing on a tablet, don’t decrease them all the way or else you won’t be able to cross the screen as fast as you want to.