PewDiePie’s Pixelings is a new casual RPG for the iOS and Android platforms featuring Pewds himself, plus a whole host of other characters. from living barrels to Pewd’s dogs. You can unlock and upgrade characters, cruise through levels, and fight against enemies both easy and tough. 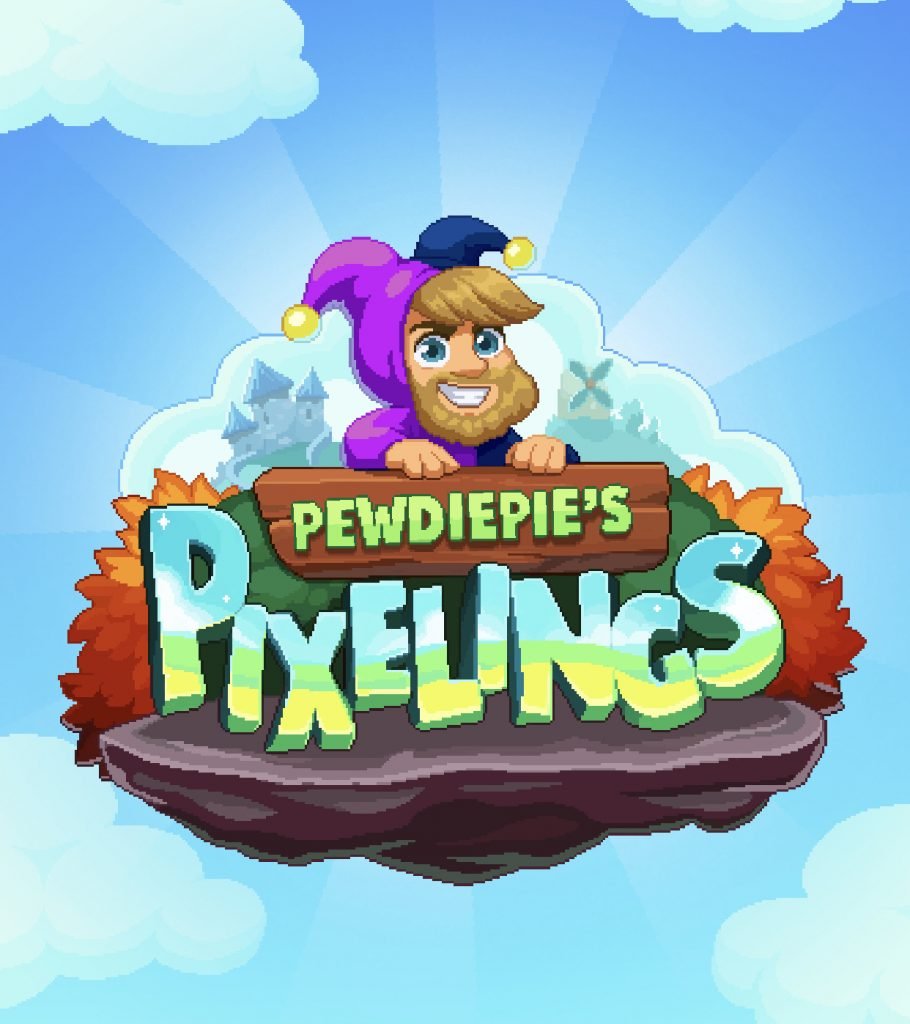 You have four different character rarities that you can get in this game. Common are, of course, the most common rarity – and unlike in most newer gacha games, they actually are very common. Uncommon characters are somewhat common, too, but less so than the common ones – and they’re significantly stronger in general.

Next up are the rare ones, who are far more rare and less numerous than the common and uncommon characters, but are also far, far more powerful. These ones aren’t so easy to get, but you’re still going to come across them periodically, often as rivals, even if you’re not trying to. 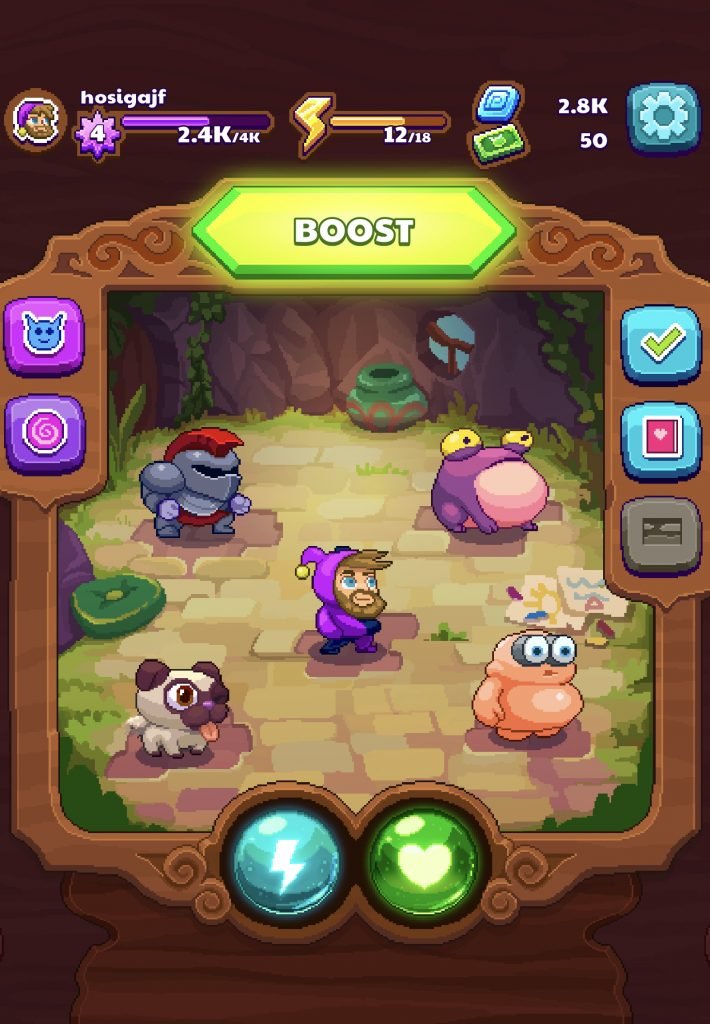 After that are the mythic characters, which are by far the rarest characters of all. These ones are extremely powerful, and are nearly impossible to find, but they are orders of magnitude more powerful than even rare characters are.

Uncommon characters are fairly easy to find compared to the others. All you have to do to find uncommon characters is to open chests and hit the store. Progress through the stories and you’ll often come across new characters as part of the story; starting toward around level 1-10,

Almost any chest can earn you an Uncommon character. The small chests that you earn and unlock in four hours give you a common character most of the time, but very often an uncommon character will be included in the chest, and will be added to your repertoire when you open it. 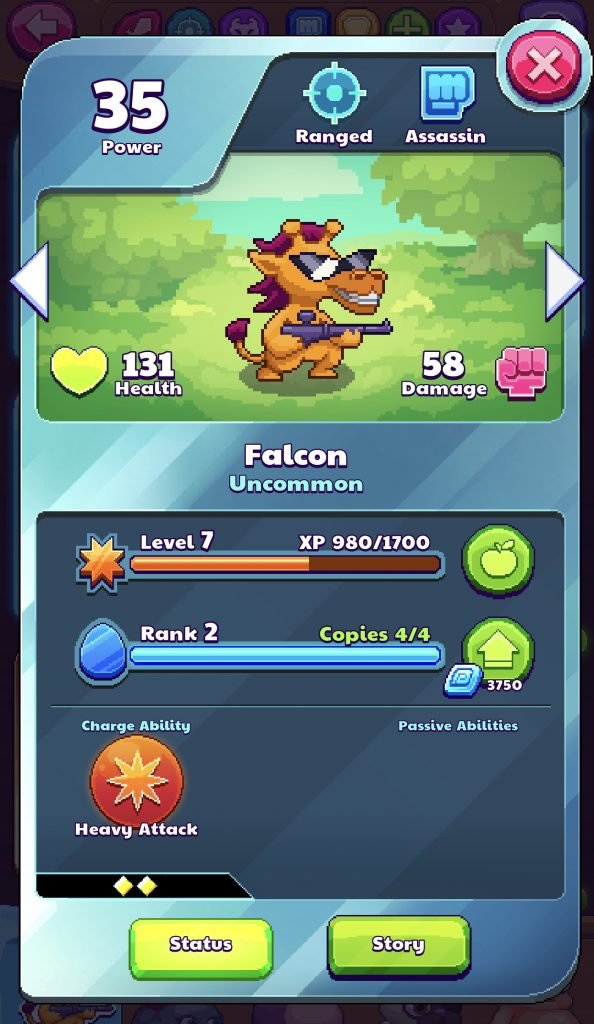 Medium chests, of course, will contain a guaranteed Uncommon character, so load up on medium chests however you can, especially as level completion bonuses a bit later on in Brotown. Large Chests and Giant Chests have a good shot at getting you Uncommon characters, although typically, they will have far better prizes overall.

Rare characters are far less common; you’re not going to come across any of them by accident, until far later in the game, well beyond the BroTown world. The most obvious place to get one is initially in the store, where you can spend somewhere around 20,000 to 20,000 coins in order to purchase a rare character, depending on which character.

One good source for a rare character is the seven-day login reward. Log into Pixelings for seven days in a row (or seven days total, but in a row will earn you the reward faster) to earn the rare character Sponsy. The faster you complete the seven day login, the quicker you can add Sponsy to your team. 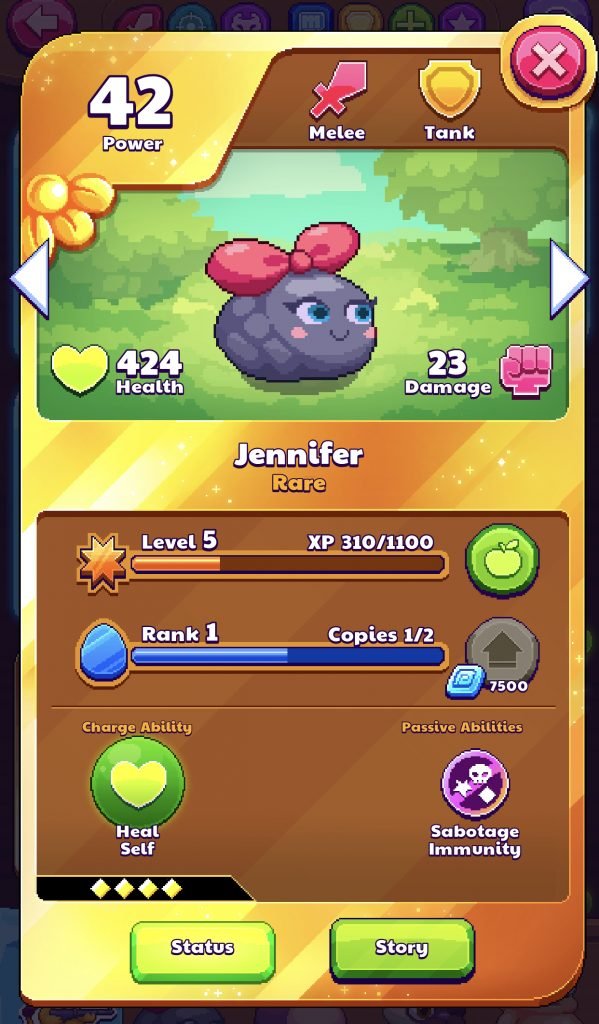 So to get rare characters, save your coins, and don’t blow them on too many upgrades, too many rank-ups (although sometimes you will need to use them for that purpose), or other cards in the store. Complete as many quests as possible and hoard the coins that you earn.

Once you save up all of your coins, go to the store and buy the rare character. The rare will cost 20,000 coins at minimum, and 30,000 coins at maximum. So it takes awhile to save up enough coins to get it, most of the time, but with quests and stage bonuses, it’s not tough to get to the coin total you need.

Rare characters can often appear in chests, as well. Your best bet at getting rare characters is opening the chests that take a longer time to open. If you get a Large Chest, in particular, you can get a guaranteed Rare character. 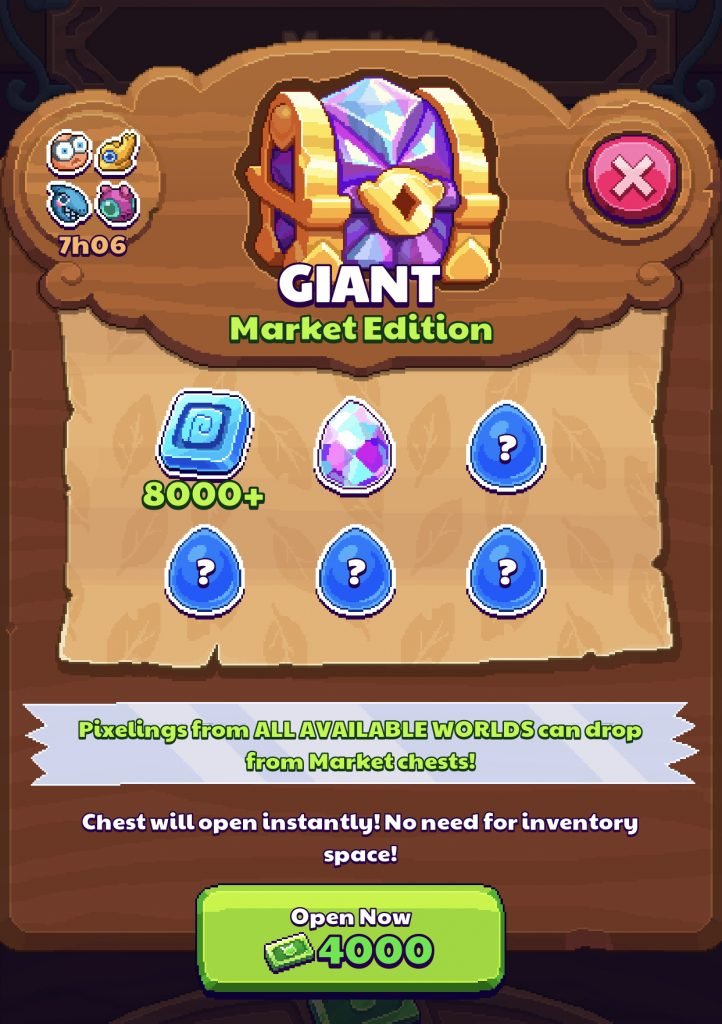 Rares can sometimes show up in medium chests, VERY rarely show up in small chests, and often show up in giant chests, as well. But out of the chests, the Large Chest is the only one that features guaranteed Rare characters.

One of the best uses of your multitude of Bux early on in the game is to go to the store, trade in the Bux for coins, and then purchase a rare character. This is, by far and away, cheaper than buying a Large or a Giant Chest, which (in market form) are mainly for whales.

If you have enough Bux and enough rewards left over from other aspects of the game, you will be able to build an entire collection of Rares just from the store. Just buy one, then wait until the store refreshes, buy another, wait for the refresh, then buy another, and repeat until you have the desired total of Rares.

This will allow you to build a VERY powerful team early on in the game. You might not be able to rank them up easily, but you can use food to speed-level them. This will end up giving you an early unfair advantage in the arena without having to spend any real life money. 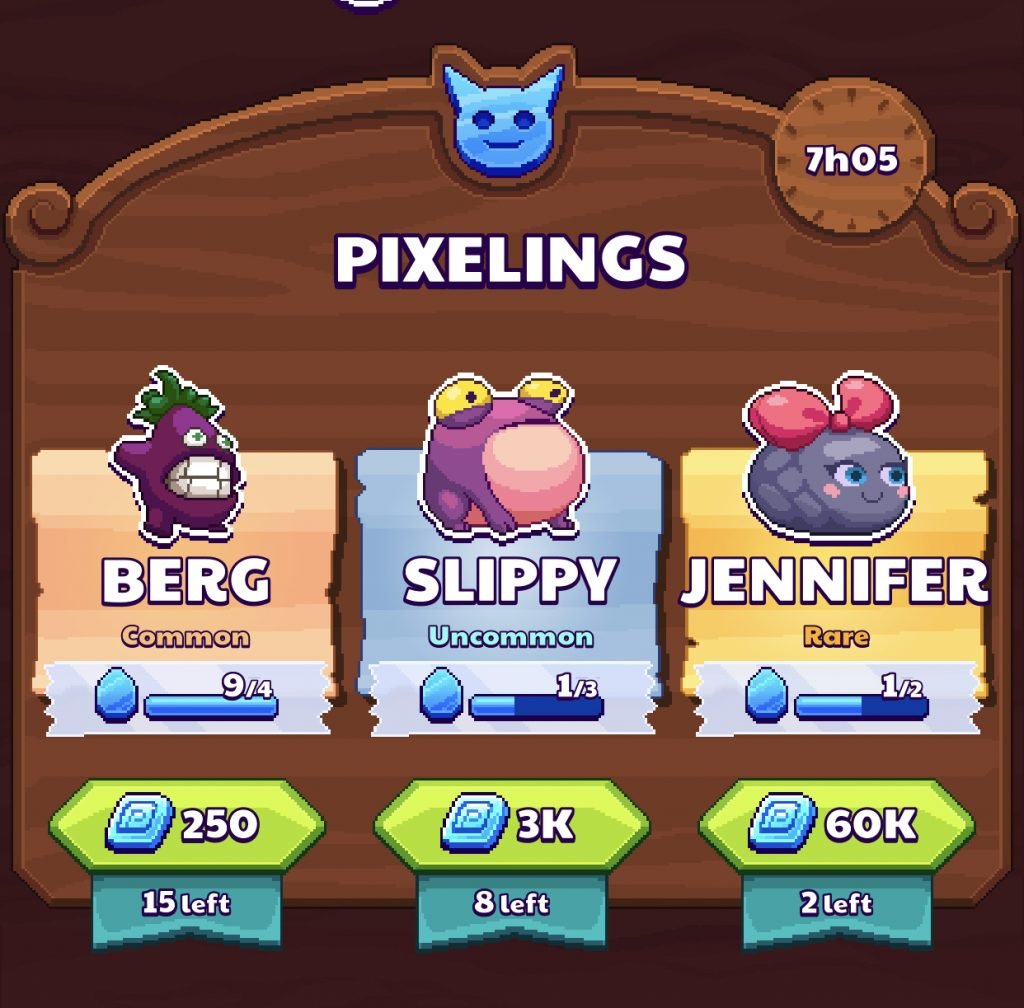 Mythic characters cannot be purchased in the store, at all, period, not for any amount of coins. Your best shot at earning a Mythic character is to get a Giant Chest. If you manage to come across one of these, then you’ll get a guaranteed Mythic character. Other, random-rarity Pixeling slots in the chests also have a chance at showing up as Mythic, but not a large chance of it.

Once ranked mode is open in the arena, expect to have all sorts of prizes open depending on arena ranking at the end of the set time period. The higher your rank, the better your chests and other rewards will be, so rank super high and expect to be able to earn Rare and Mythic characters.

When you make it to a brand new world in story mode (for example, when you beat all of Brotown and make it to Floatopia, which is the next in line), you’ll unlock an entirely new batch of characters to use, of all rarities. The new region’s characters will appear everywhere, including in the in-game store, in the chests that you pick up throughout the new region, etc,