Ulala: Idle Adventure has a whole bunch of stuff that you can unlock, most of which is explained well by the game. One thing that is not explained well, though, is tempering your equipment. 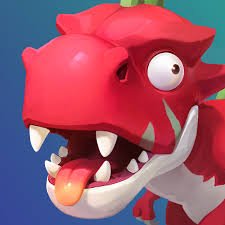 You can use temper on an equipment slot to increase a base stat, but there are caveats and techniques to use, because a wrongly-used temper can cause the stats to either decrease or stagnate. But you can temper properly to stop wasting shells and starfish. 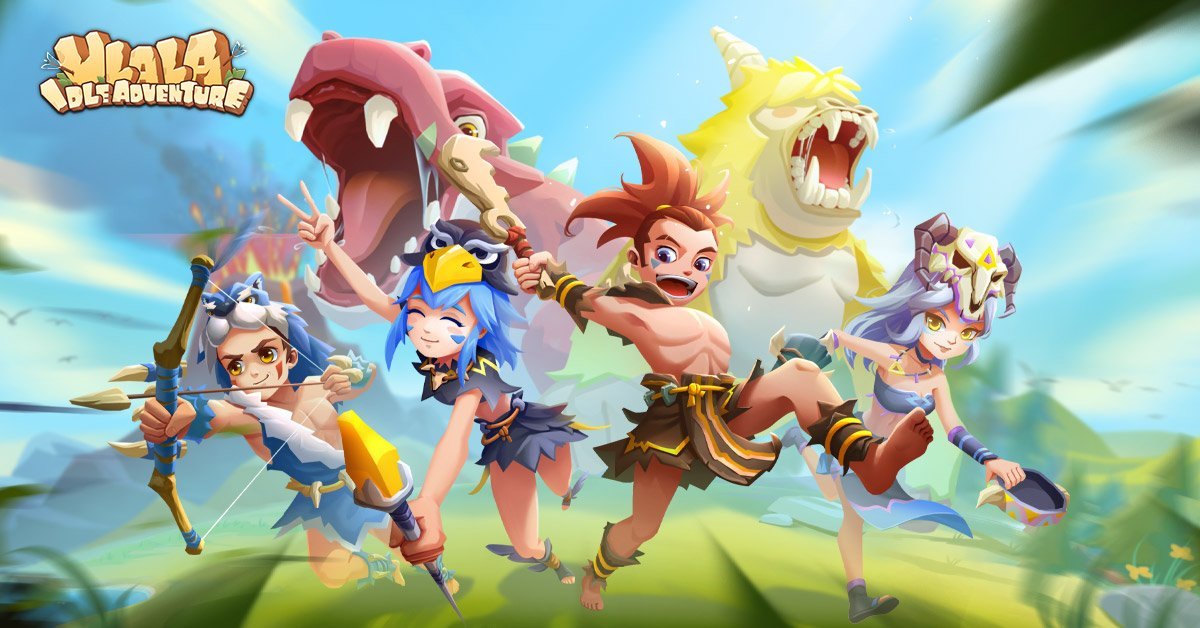 Read on for some tips and tricks for tempering in Ulala: Idle Adventure!

Tempering your equipment is a valuable strategy to make it further into the game, but it’s one of the later-unlocking things in the game. To unlock the ability to temper your equipment, an equipment slot has to be enhanced and enchanted all the way up to level 40 and above. 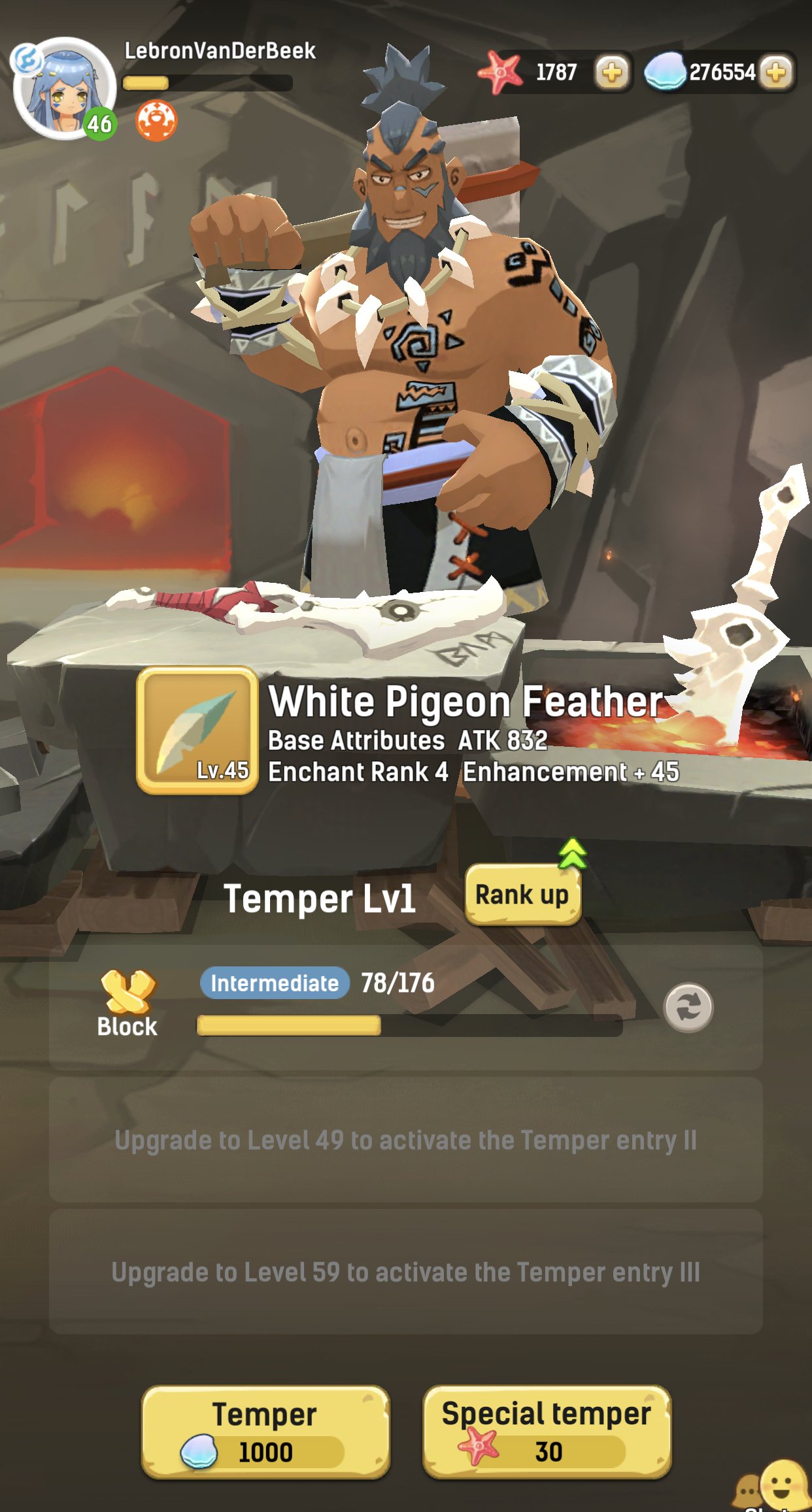 Once you do that, you’ll unlock your first Temper slot. From there, it seems like a slam dunk. All that you have to do is use 1000 shells at a time to temper your equipment slot one more level. You can also do a Special Temper for 30 Starfish, which has the same effect as about five tempers at a time.

The temper tier will also appear above the individual temper slot. At first, it will say Sub, then it will change to Elementary, then Intermediate, then Advanced. So you might think that you want to temper to the highest possible level right off the bat, right? Not so fast. 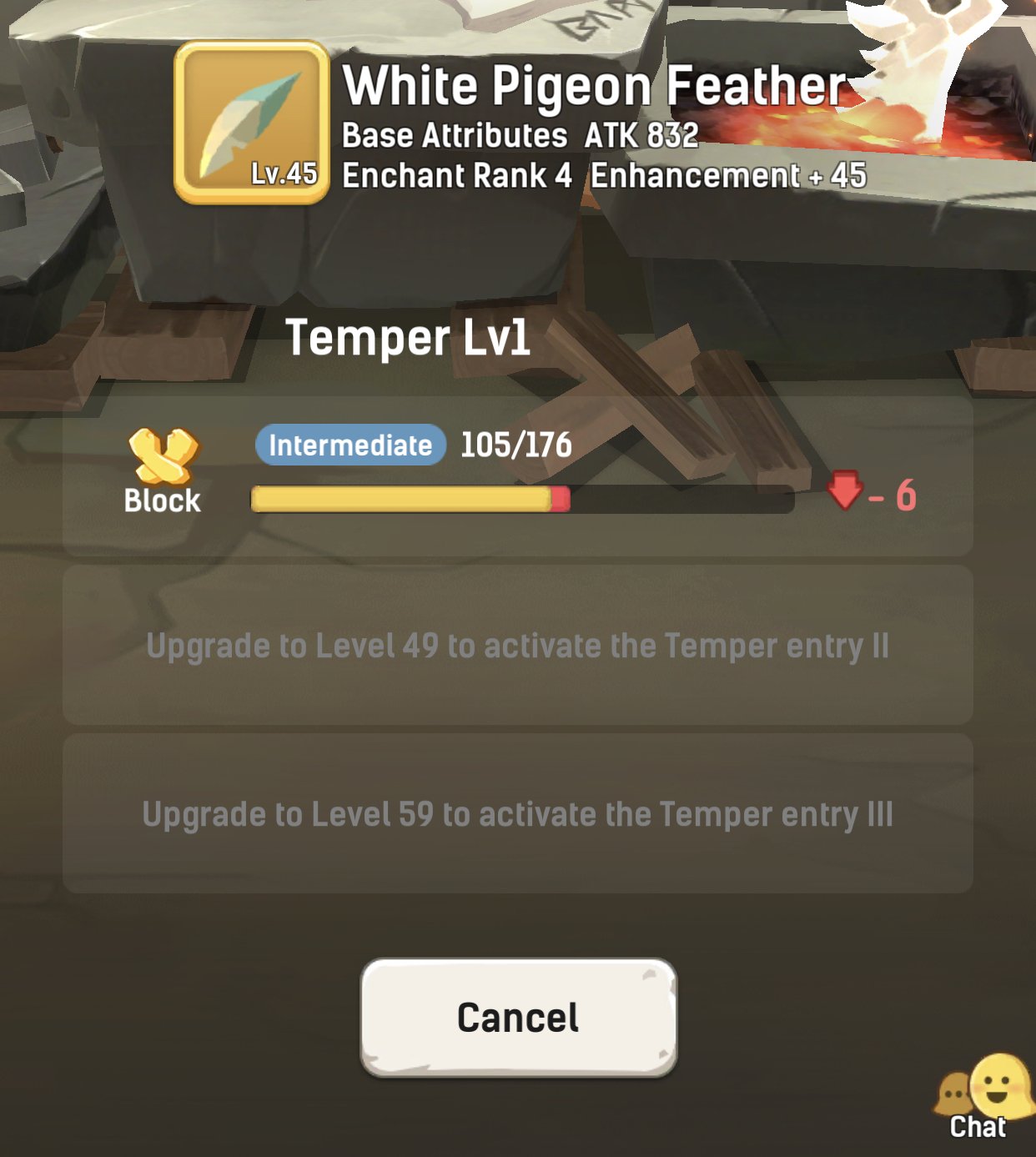 Upgrade a piece of equipment to level 49 to unlock the second Temper slot, and unlock the third Temper slot by upgrading the equipment all the way to 59. Each individual temper slot upgrades one stat at a time; for example, armor, or attack.

Hit the reload button next to the temper slot if you want to reroll the stat that it increases. The stat will be random, but the reroll will only cost 20 Starfish, which isn’t all that much considering all of the free Starfish that you get throughout the game.

Tempering your second and third slots will increase their stats, but you have to keep everything balanced out. If you temper your first slot all the way up to the Advanced level, then you’re going to run the risk of decreasing the temper on a previous, highly-upgraded slot. The higher the upgrade levels for your tempers, the more of a risk you run.

Once you get the third temper slot, upgrade that one to intermediate as well. Then start upgrading all three slots, one at a time, until you hit the frustration point of increasing and decreasing the stats. Then stop.

To increase the level of a Temper, hit the “Rank Up” button to go from Temper Level 1 to Temper Level 2, increasing the maximum amount of upgrades that you can give it. You can upgrade beyond that to Level 3, Level 4, and so on, and it will cost you starfish. 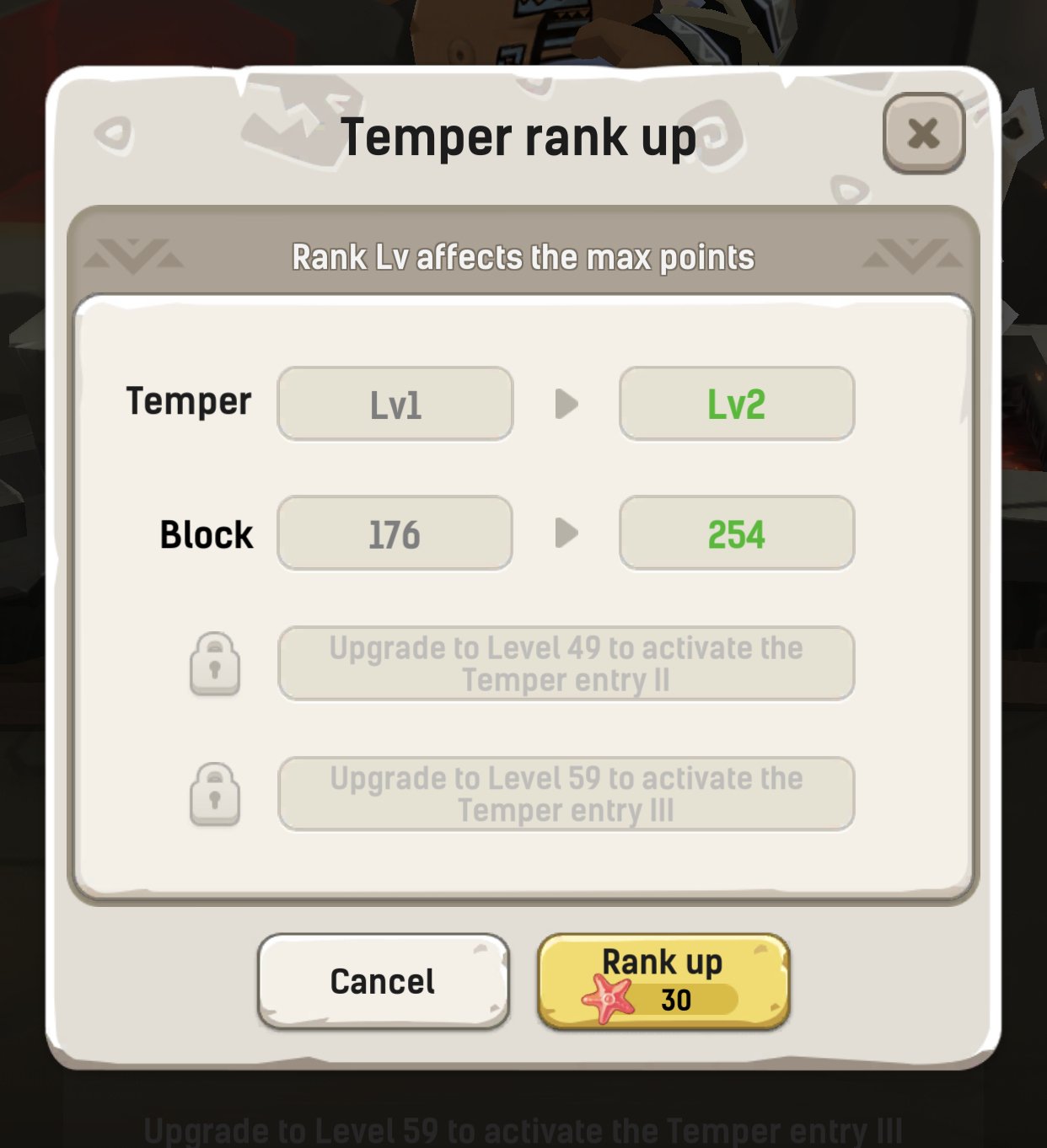 All that you have to do in order to unlock higher Temper Ranks is to enchant your equipment to a specific level. You need an Enchantment rank of 4 to get to Temper Level 2, for example.

These upgrades are worth it, though; they will allow you to temper equipment higher without running the risk of decreasing your other tempers.