BitLife: Life Simulator challenges you to become rich, become famous, or just to become a criminal, or whatever else you want to do with your life, but one of the more nebulous and confusing points to the game is the social media feature.

The social media feature in the game itself allows you to get millions of followers, post pictures for your fans, and even have drunk pictures, but all of these features can be a bit confusing. We’re here to break it down for you, though.

Read on for a guide to BitLife’s social media features, followers, posts, drunk pictures, and more! 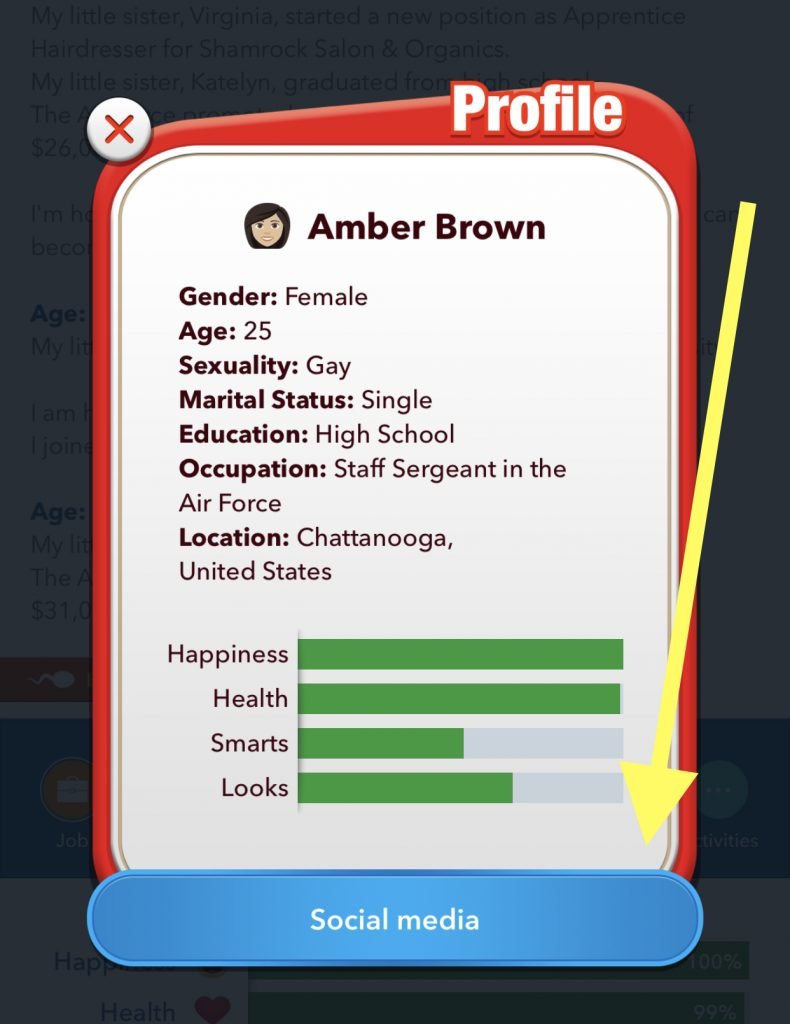 How to use Social Media in BitLife:

The first step to social media, of course, is to start a social media account. Become old enough to use social media, then sign up for an account. Text yourself (or text a friend if you really want to) and when it redirects you to the app for Twitter, Instagram, etc, just redirect yourself back. 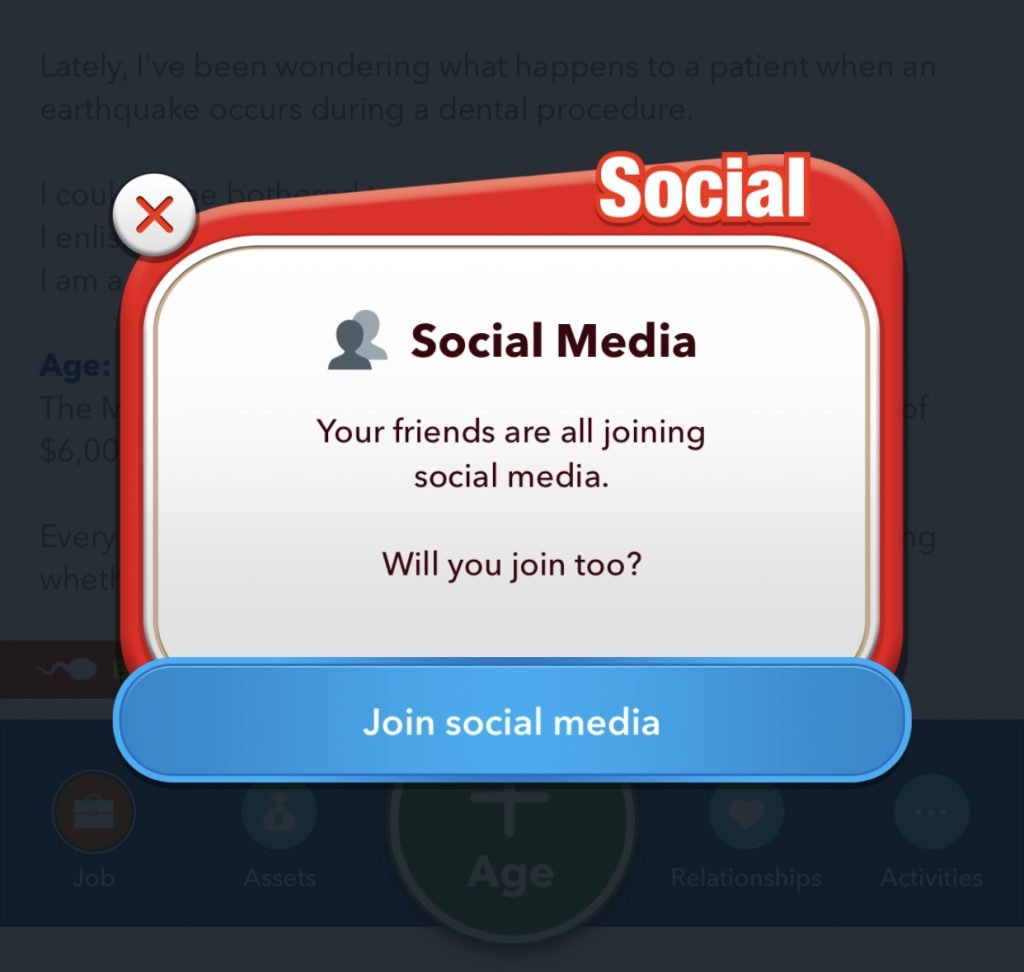 Now start making posts. The process is the same as it is for signing up for the account in the first place. You’ll be prompted to either share on real-life social media, to follow BitLife on Twitter or Instagram, or to send a text with your phone. 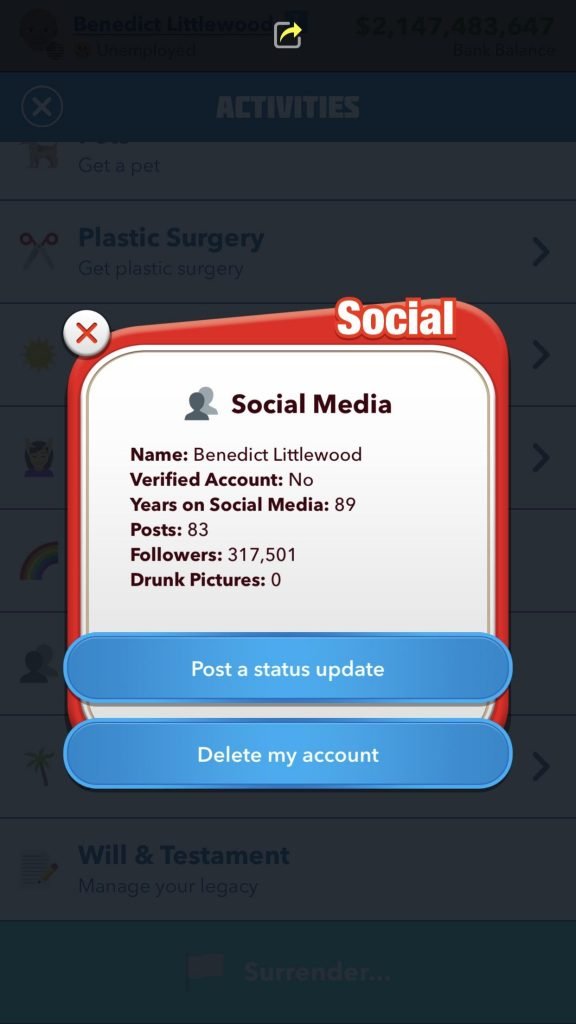 If you get the Facebook or Insta prompt, you can tap the prompt to switch over to the app in question, then switch back to BitLife: Life Simulator without hitting like or follow, and you’ll still get the reward – or if you’ve already liked and followed, you can just switch back anyways.

With text, you can just type in your own phone number or email address, and you’ll send a text to yourself. Even if you don’t mind texting friends about the game, you’ll eventually run out of people to text, but you’ll still want to get the reward anyways. 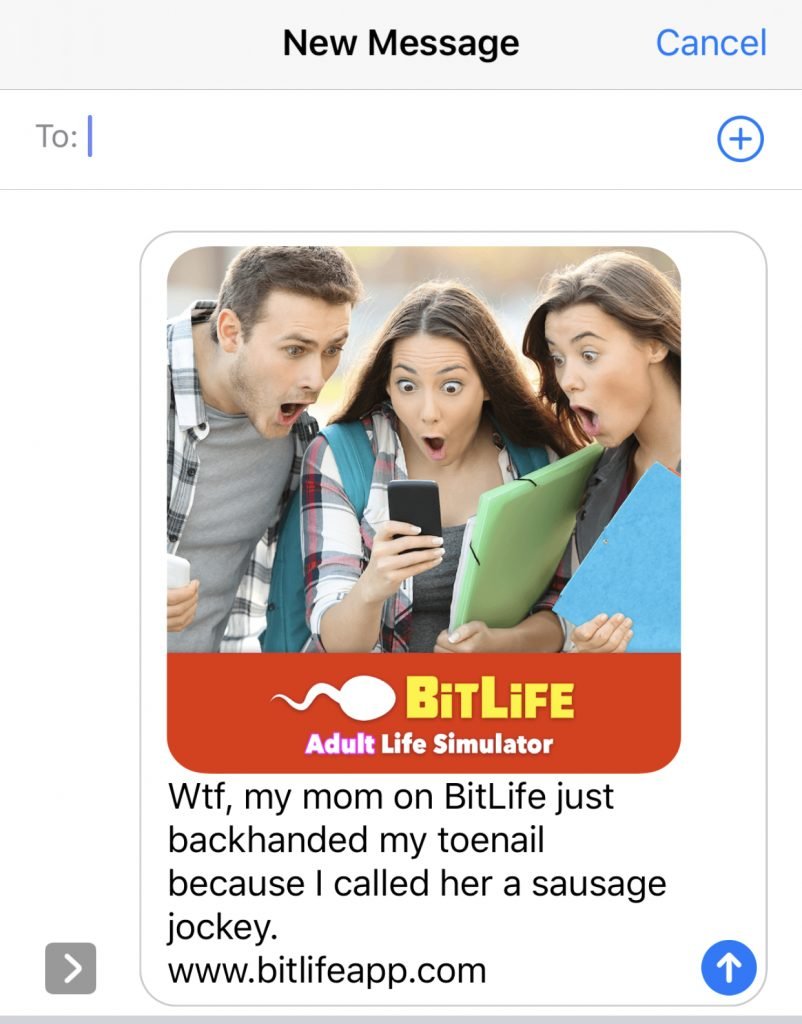 It used to be that if you put the phone to airplane mode, you could cheat and just get followers every year and post without doing anything. But now if you turn the phone to airplane mode and kill the wifi, it won’t let you do anything that gets you a reward. You’ll get the same prompts, but because you have no internet, you can’t follow through with them and do anything. 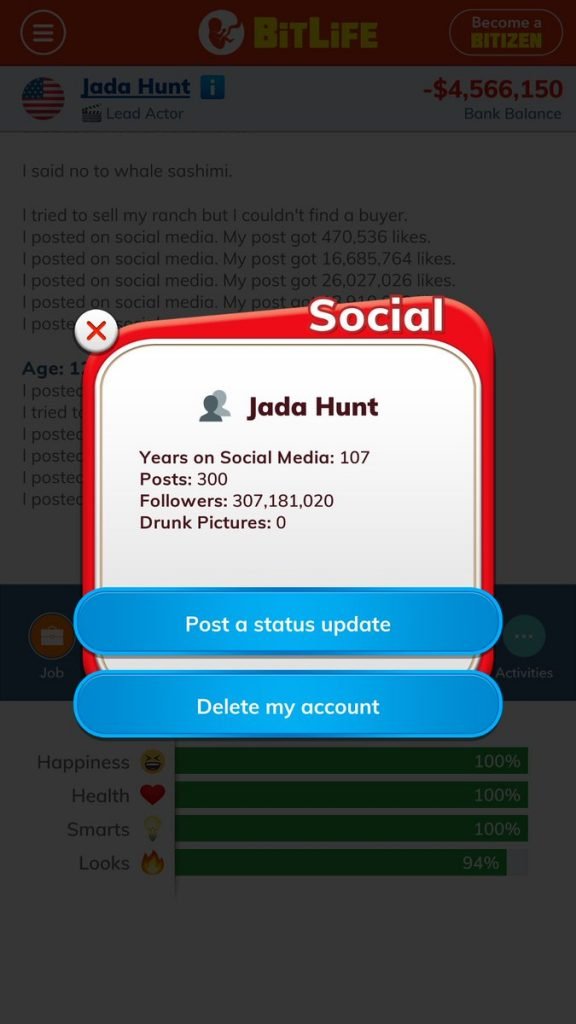 So now you have to have an internet connection in general in order to use the social media function on BitLife. Luckily, it’s easy to get use out of it without having to actually share with other people. See the above tips for how to do so.

Getting a Ton of Followers:

Once you make a few posts, you will get followers every year. The followers come automatically, and you get more of them depending on how many posts you have, so post more to get followed more. Age a year to get more followers. 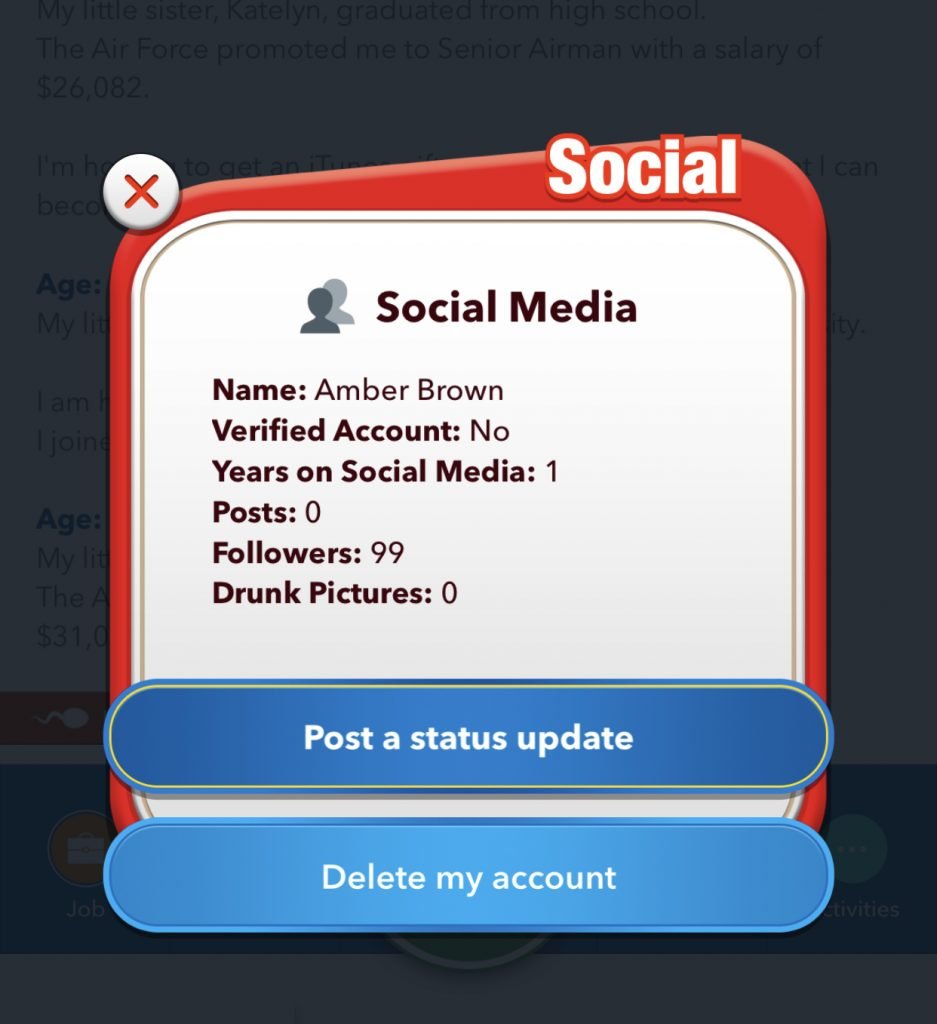 You’ll also gain more followers depending on how consistently you post. If you keep posting on a regular basis, you will keep earning followers at higher and higher rates. If you post a ton one year and then not at all after that, you’ll still collect followers, but not as many as you would if you were to post more consistently.

The jobs listed above are by no means the final list of jobs that will influence it, though. The developers are constantly adding more jobs to the game; once jobs such as Politician and Influencer get added (you know they’re coming eventually), expect these to positively affect your social media when you get them.

Your look bar, your happiness bar, your health bar, and your intelligence bar all contribute to how quickly you get followers, as well. So do everything that you can to maximize all of these. You can max all of these out, not be famous, and still get a ton of followers; in real life, all of the geniuses, fitness gurus, super-happy lifestyle people, and hot people all get a ton of followers, right? Same thing applies here, too. 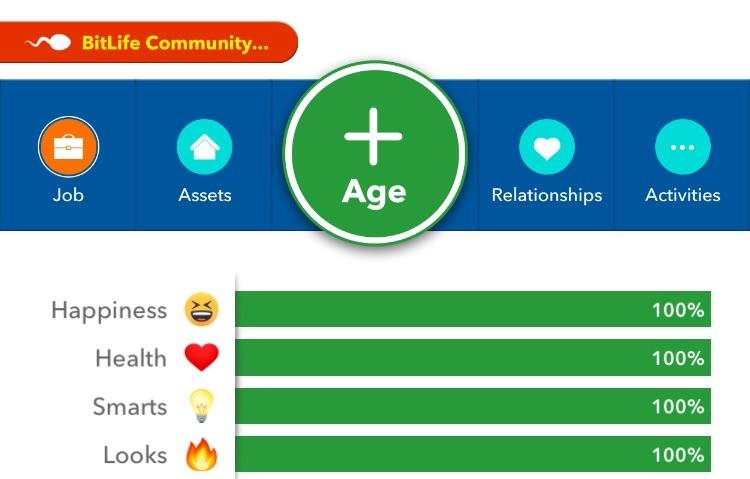 Unfortunately, there is no rhyme or reason to how many drunk pictures you have and where they pop up. They just happen randomly, but the more active you are on social media, the more likely they are to happen. You won’t even get a notification, you just have to check your social media and see if they pop up. 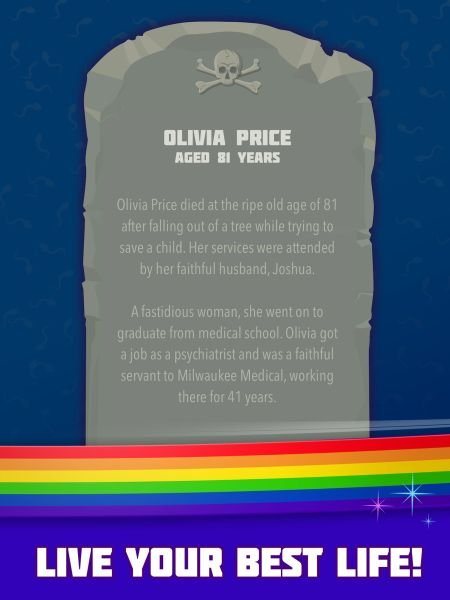 Also, do activities that involve alcohol more, such as going to a bar or saying yes when you get offered a drink. That will make it more likely that you will get your drunk picture count increasing. Obviously if you’re an alcoholic, you’re going to get a lot of drunk pics, but if you go to rehab and get clean, your drunk pictures will drop away quickly.

I truly enjoy looking through your posts. I like to write a little comment to support you.

how to get oil out of cbd vape pen

Has anyone ever been to Palmetto Puffin Vapor Store located in 2233 Energy Park Drive Suite 300?