I have been playing iPhone and Android games since 2011, writing about thousands of games in the process, so naturally, it can be a bit difficult for a game to make an impression on me at this point. Nevertheless, some games stick with me, even years after playing them. Here’s some of my favorite underrated games (all free or freemium) for the iOS and Android platforms. Multiple genres are included here. 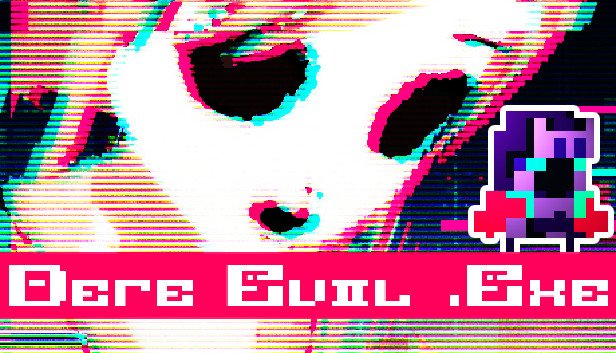 On the surface, DERE EVIL EXE is an old-school platformer with Nintendo Hard characteristics that will have you swearing and hitting continue over and over again. Under the surface, this is one of the preeminent horror games on any platform.

A deep, creepy story, with many twists and turns along the way, and not too many ads, make this one of the best horror games AND one of the best platformers on the iOS and Android platforms.

A once-popular game that has fallen off a bit in popularity, but really, this deserves to be one of the top download on iOS and Android forever. Smashy Road: Wanted plays like a cute, Crossy Road-looking top-down version of Need For Speed: Most Wanted or Grand Theft Auto. Cops chase you and try to ram you, and your goal is to stay away from them.

The longer you last, the more cops you’ll find on your tail, and the crazier the contraptions – watch for helicopters and giant robots to show up, eventually. Plus, every car that you unlock has different performance characteristics, which is unusual for this type of game.

Legend of the Cryptids

There was once an era around 2012-2013 when auto-card-battle games ruled mobile platforms. Almost all evidence of that era is gone now. One of the only ones that still exists is Legend of the Cryptids. Surprisingly, it still gets updated occasionally, too.

The auto card battling RPG wasn’t a very good genre, but LotC is one of the better games of what was otherwise a lame category. It’s more entertaining than it should be, for sure.

Most people love match-three games, and lots of folks also love word games. Languinis is one of the only games to combine both, and it executes the mixture perfectly. Thus far, there are over 1,000 levels, and more are being added constantly.

The Stranger Things retro-style mobile game is Zelda: A Link To The Past, if LTTP had loads of unlockable characters. This game is shockingly not monetized at all; it was created to promote the famous Netflix show that we all love.

Between overworld exploration, discovering all sorts of secrets, dungeon-crawling, and unique boss fights, Stranger Things is the best Zelda game that Nintendo never made.

For all of you 16-bit Action RPG fans out there, Zenonia 5 is a throwback to numerous SNES and Sega Genesis classics. The story, village exploration, top-down animated battles, and collection elements will be up your alley if you were a Secret of Mana fan back in the day.

Idle tycoon games are hugely popular, and tend to fall into one of two camps. Either they’re so simplistic that you have nothing to do after awhile, or so overcomplicated as to be overwhelming and eventually boring.

Realm Grinder is the perfect middle ground between simple and complicated. There are tons of choices and options, but you never feel overwhelmed while playing this. This game hooks you and doesn’t let go.

Fishing Paradiso is a fishing game only on the surface; in reality, it’s a story-driven game full of intrigue, suspense, and characters with fully-developed personalities all their own.

This, along with its predecessor, Bear’s Restaurant, introduces you to the backstories of many folks who have died and gone to heaven, allowing you to explore their stories, as well as uncover celestial conspiracies, fly to outer space, and more.

You have loads of equipment and upgrades to earn for your character, fetch quests that are more fun than chore, and plenty of challenging battles for those of us who like difficult games.

Many Pokemon clones have come and gone, such as Mino Monsters and the Monster Galaxy series, but Rick and Morty: Pocket Mortys is not only still around, but is absolutely hilarious.

If you’re not into the show, this is a good intro to the brand of humor present while serving as an excellent Pokemon-style monster collecting RPG. If you are into the show, you’ll love the countless references from many past episodes.