Animal Party – Crazy Time is a new match-three game for the iOS and Android platforms where you merge farm animals and other animals together in order to make new higher-level animals. You can keep merging critters for as long as you want to, with a nearly unlimited amount of levels that you can gain. 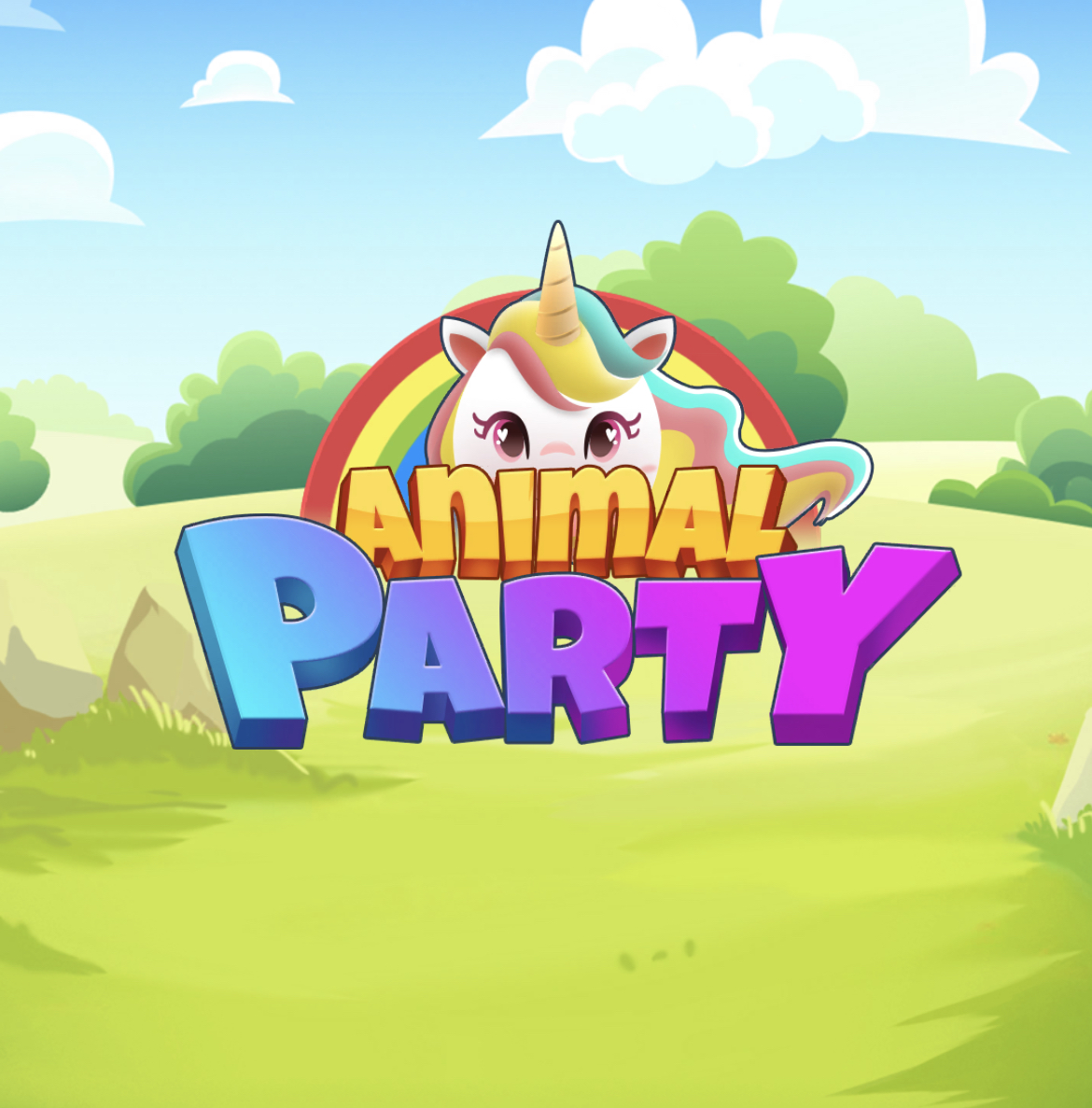 With claims like these being made in the advertisements, of course, many people are wondering if this game is a scam or if it’s legitimate, and whether or not you can actually earn money. Has anybody cashed out yet, and is there proof of payment?

The method of gameplay in this game, of course, is very simple. All that you have to do is merge animals together in order to make new kinds of creatures. If you merge three of them together that are level 1, then you get a new animal that is level 2, and so on and so forth throughout higher and higher levels.

As you merge animals together, you will earn coins, which can then be spent in the shop in the game. These coins can then be spent on power ups such as reversing one move, or using the bomb to target a specific piece to get it out of the way so that you have a chance at making a combo if you’re stuck. 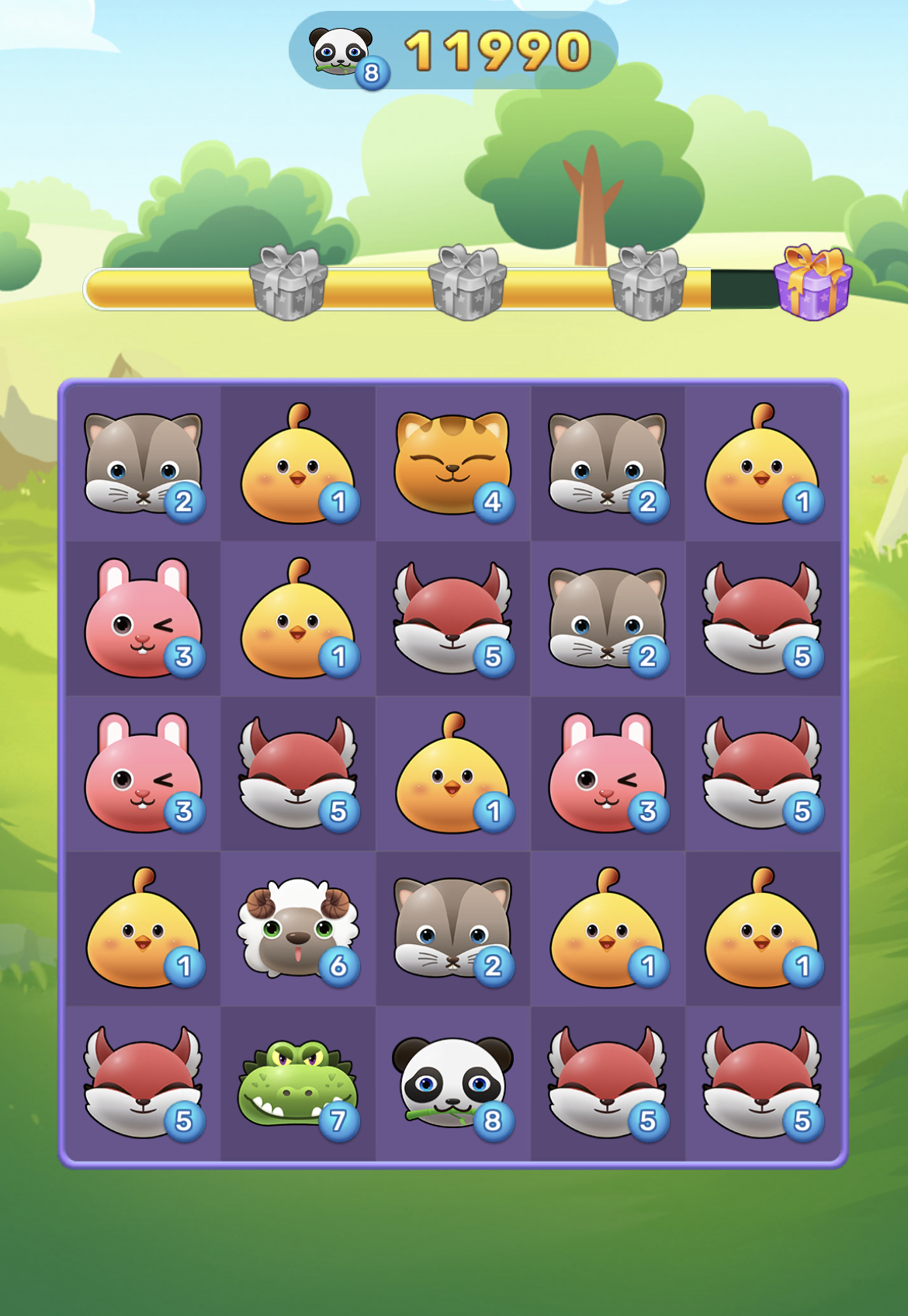 Occasionally, when you make a combo, other combos will follow it due to pieces dropping on top of other matching pieces and making new merges. When you get a chain of merges, you create a chain reaction, and when that chain reaction is long enough, you will earn bonus coins. 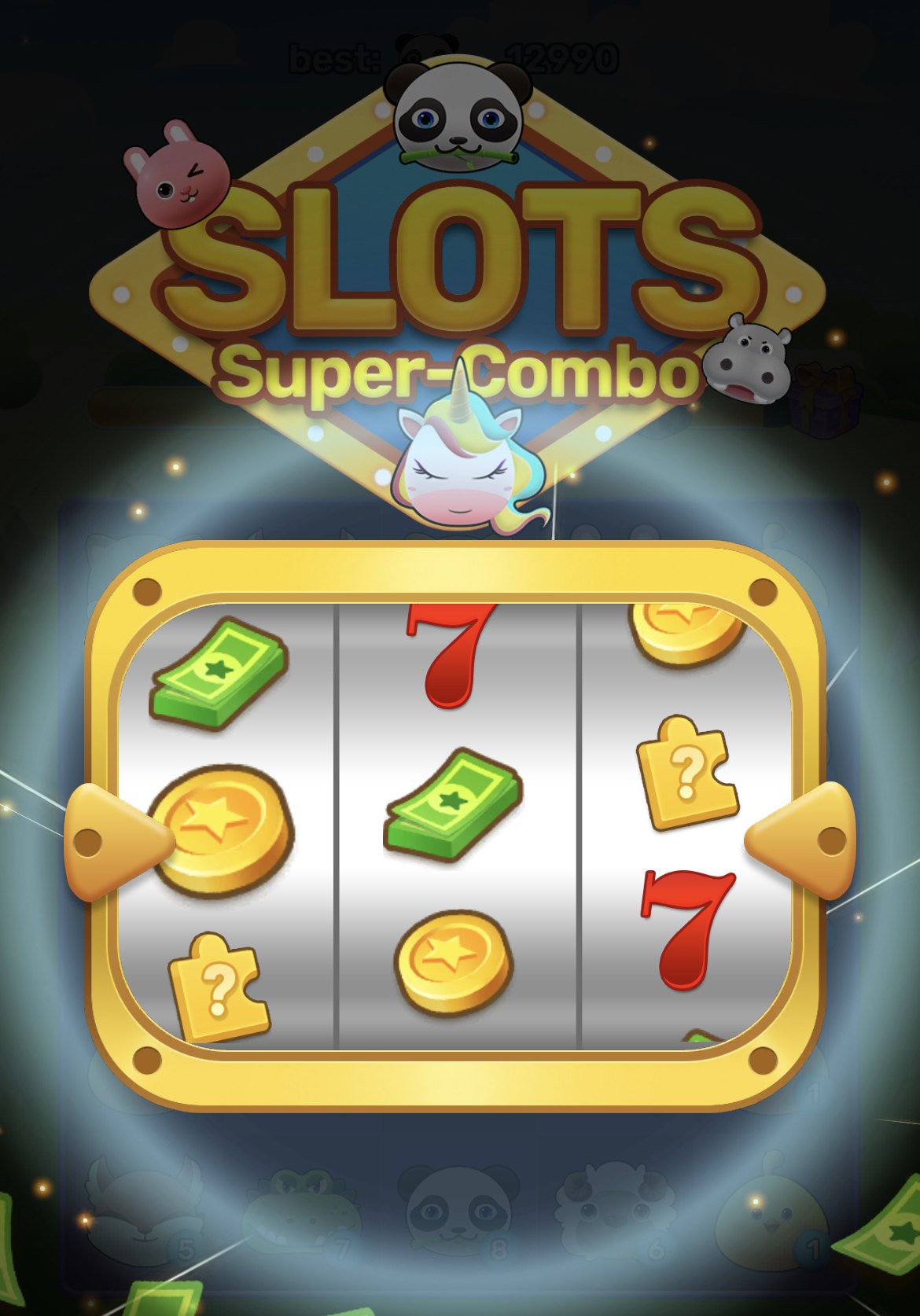 When you’re playing, you can tap on the question mark menu in order to get a reminder of how to play. You can also tap on the settings cog in order to change various settings, such as the volume of the music and the background noise.

Many of the reviews that get left in the App Store or in the Google Play Store show confusion as to how to cash out and get your money. Even though the advertisements make it look like you can earn money, none of the reviews come from anybody who has actually gotten paid. 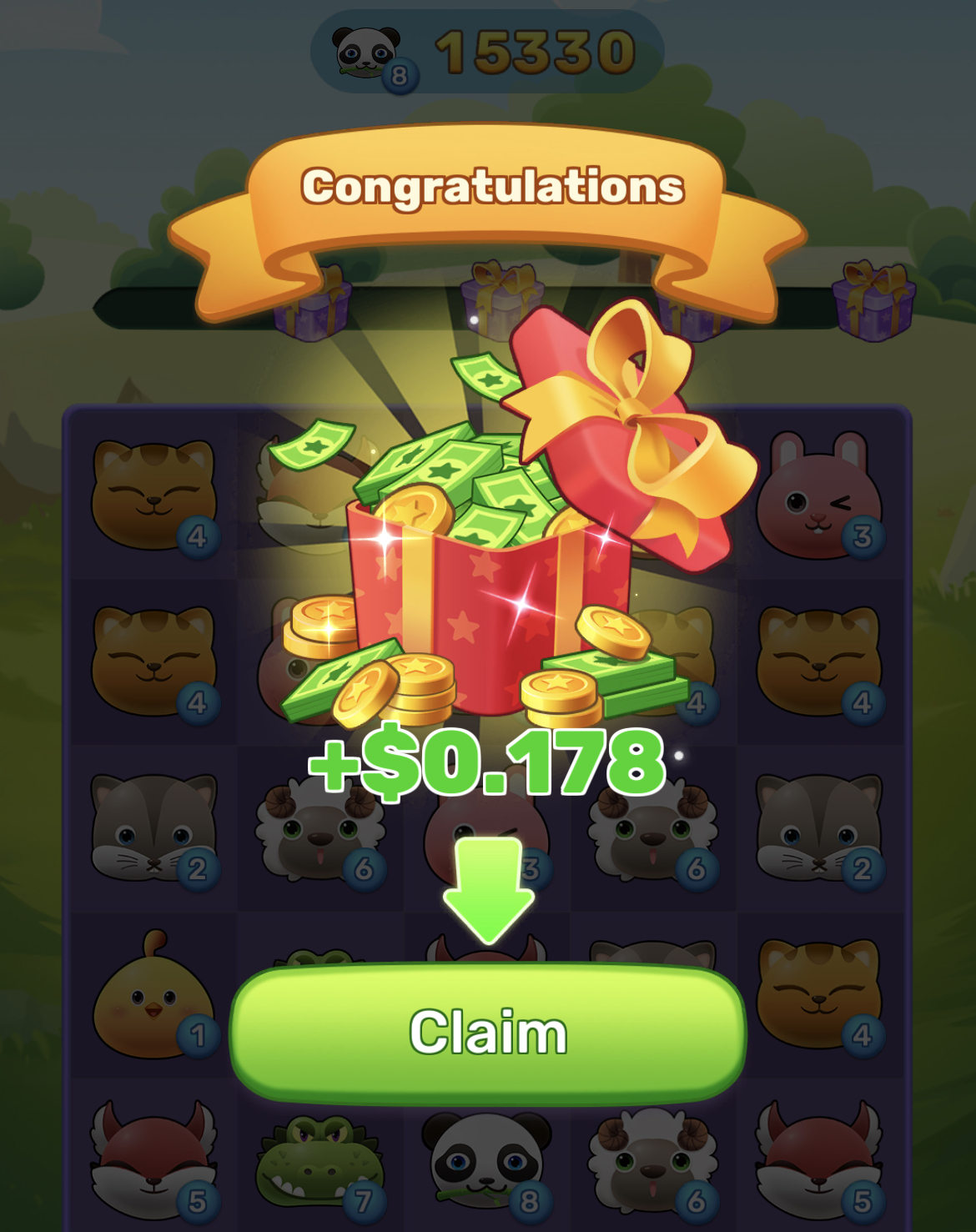 Out of the positive reviews that show up in the store, they tend to be one of two categories. The first category is people who have only just downloaded the game and have not had a chance to attempt to cash out yet, but are excited because they see a large amount of money piling up.

The second category is scam reviews that have been put in place by the developer or by bought not the developer paid for. Typically, the usernames will be generic, and some of the reviews will even share text with other reviews of the same game. 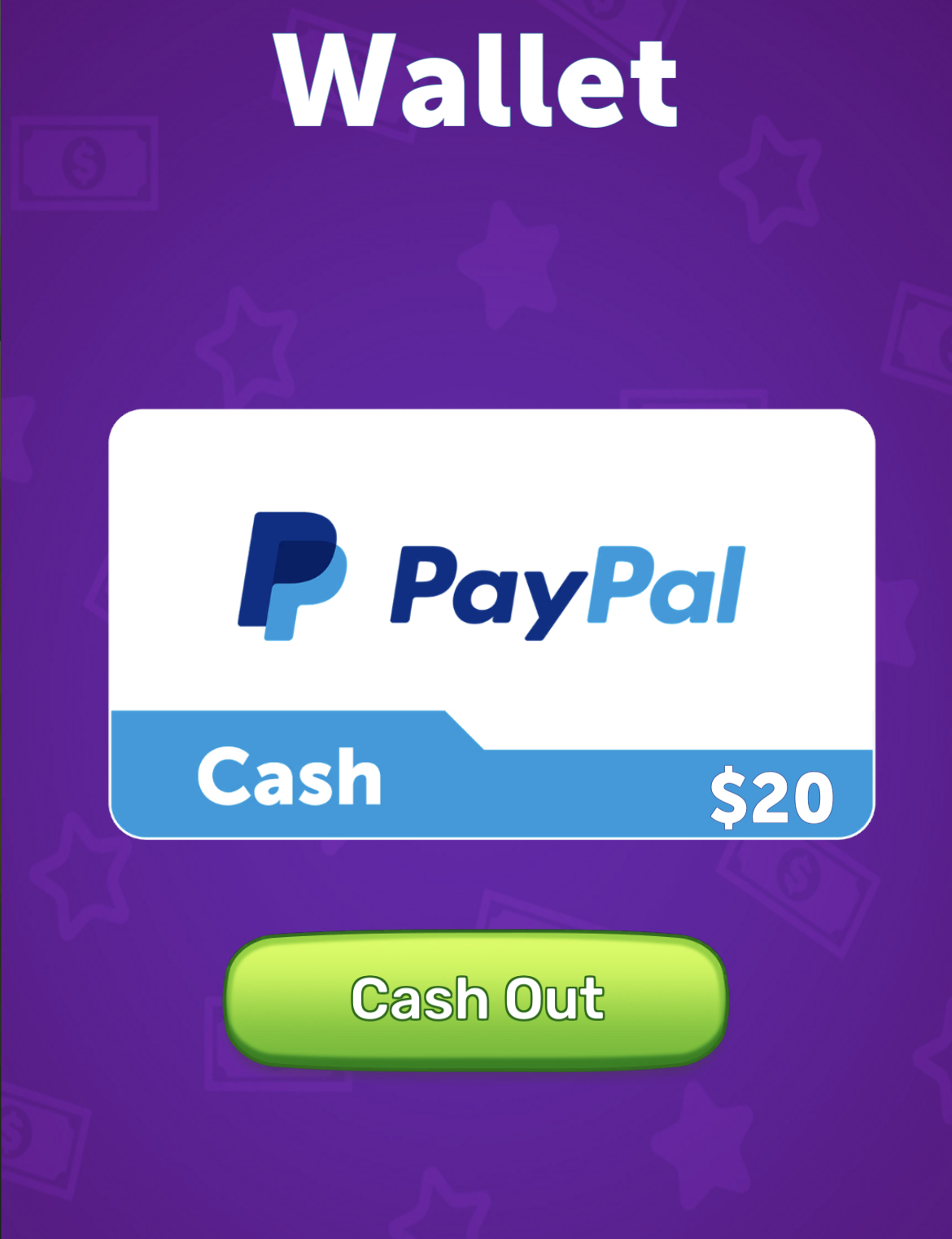 However, anybody who has attempted to cash out and waited for that long, typically finds that the money never shows up, and the developers go radio silent when they are contacted about the situation. So far, it seems that nobody has gotten the money that the game says that they have won

Should you still download the game? If you want to have fun playing a simple matching game, then yes, although there is literally zero challenge to the game. If you are actually looking to win money in real life, then you might want to steer clear of this one.