Lucky Pusher is a new game for the iOS and Android platforms that resembles the classic Coin Dozer game, but with the twist that this game allows you to earn money in real-life. You can drop coins, try to push them off of the edge, and win real-life rewards. 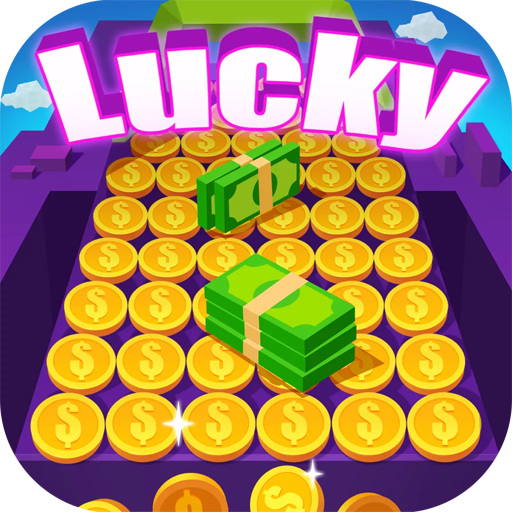 You can earn gift cards, win pure cash, and even collect all 36 of the fruits in the game to win 10,000 dollars in real life, among all kinds of other rewards.

Read on to find out how to earn real-life money in Lucky Pusher! 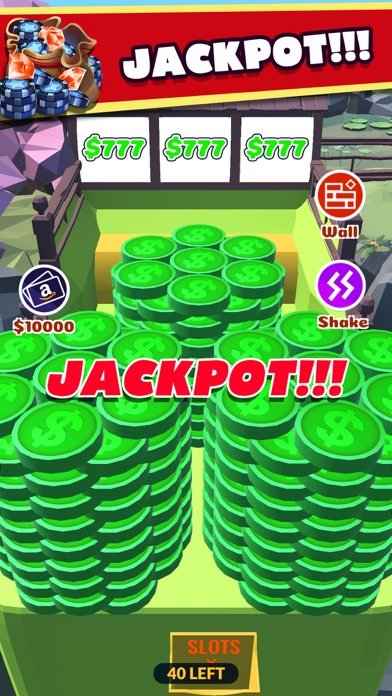 (UPDATE: There is a lot of worry about this game being a scam and not being legit. Is it a scam or is it legit? Well, a bit of yes to both, really, but it can be misleading. Read on for more about this.)

(UPDATE 2: there has been a major unannounced update to the game that changes the nature of it entirely. Read on to find out what’s going on.) 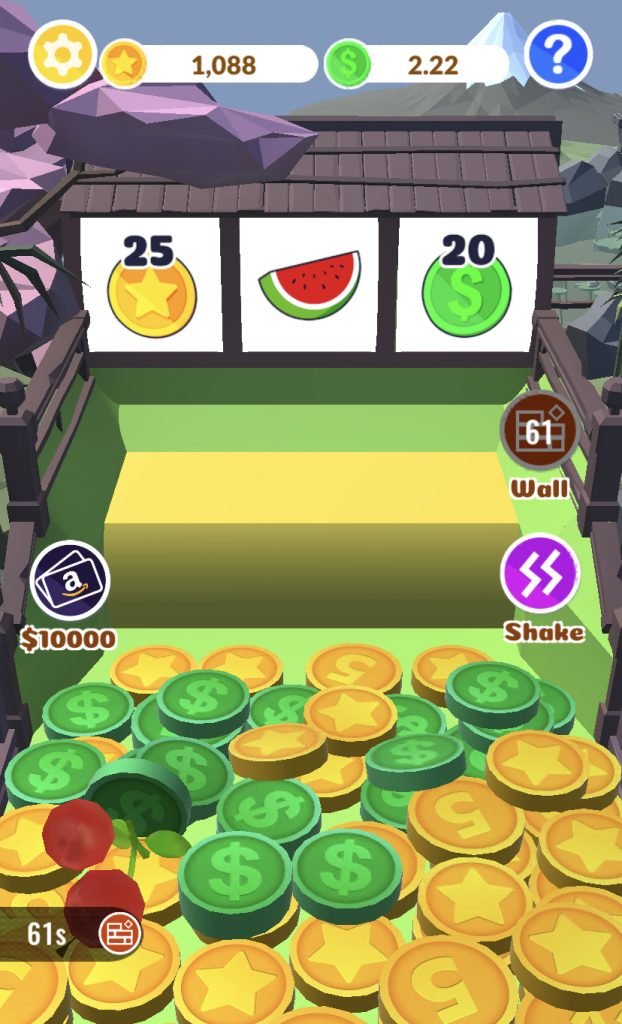 First of all, to see what real-life rewards you can earn, tap on the icon on the left side of the screen. You will be able to see all of the possible rewards, whether they consist of gift cards, actual cash, or other rewards.

Once you have those memorized, obviously, you want to earn the most gold coins (tokens) and green coins (coins) possible, because these are what lead you to the rewards. Luckily, you can earn a lot of them just by normal play.

When you drop coins on the board, it’s best to drop four or five of them in a straight line. Do this, and you won’t have nickels overlapping one another, so you won’t have to worry about wasting nickels.

Drop them as the pusher begins moving backward. If you wait until it’s retracted all the way, then the delay in the coin drop will cause some of the coins to land on top of the pusher, meaning they will not do anything, so you’ll have to wait for the next turn. 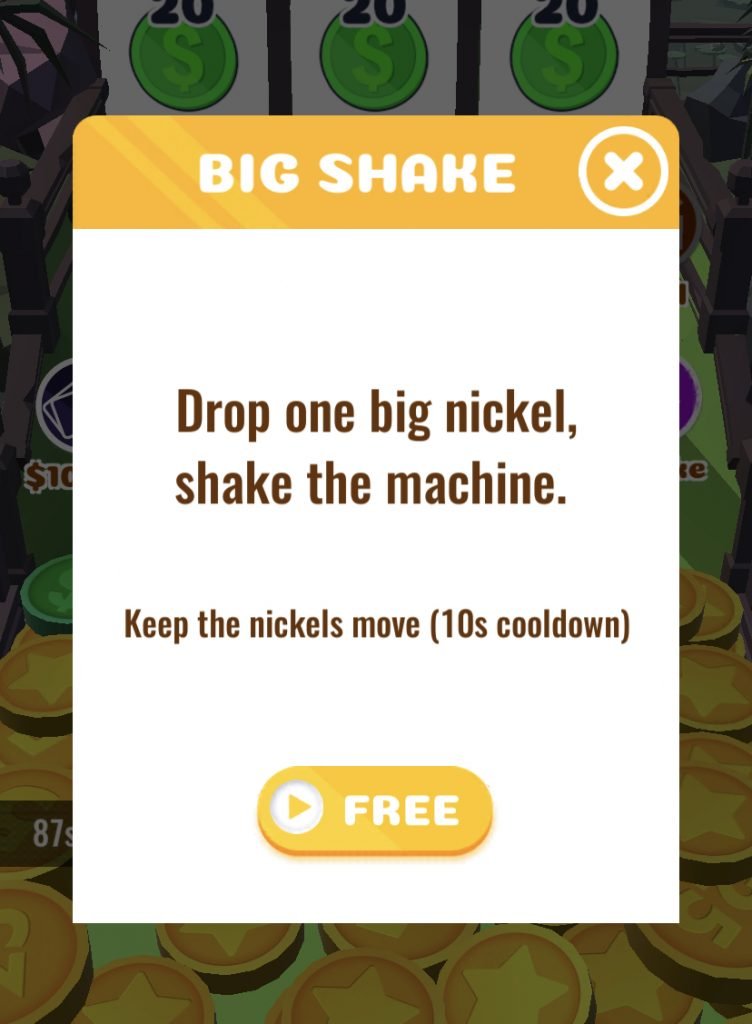 Make as much use of the wall and the shake as possible. You’ll need to watch ads in order to enable both of them, but arguably, those ads are worth it considering what you can win.

The wall power up puts two side walls all the way up and down the board for three minutes. The shake power up drops a huge nickel onto the board, shaking off anything that’s on the end of the board.

The best order to use these in is using the wall, followed by the shake, so that nothing gets taken off the sides; everything will get shaken off of only the end of the board at that point.

Keep trying to drop coins into the slots box. When they fall in, the slots will spin. If you roll watermelons, then a fruit will drop onto the board.

Next, drop the fruit off of the end of the stage. Once the fruit falls off of the front of the board, it will count toward your fruit total, and if you win all fruit, you will win a huge amount of actual real-life money.

If the videos won’t load for shake or walls, then close out the game and then restart it again. When you start it back up, start it in an area with strong internet. Then try watching the videos again so that you can earn the rewards. 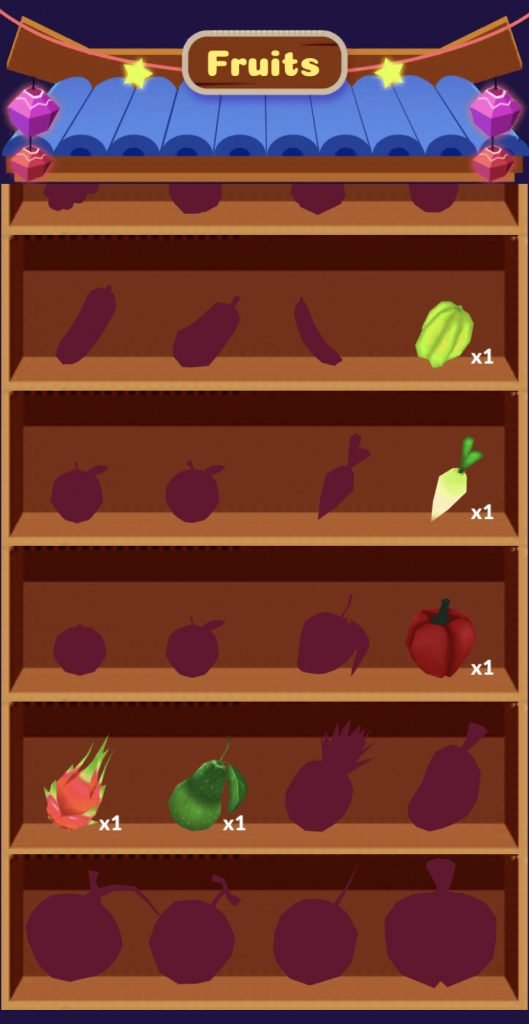 To earn all 36 of the fruits (and vegetables), simply keep dropping coins into the slots over and over. The fruits are a result of luck, so if you have good luck at the slots, you can earn all of the fruits.

If you drop a coin into the slot and spin three watermelons in a row, then a fruit will drop on to the board. Sometimes it’s a brand new fruit, and other times it’s a fruit that you already have. Once you push it off the front of the board, then it’s counted toward your fruit total.

If you spend three watermelons in a row and it’s a vegetable instead of a fruit, no worries; some of the 36 fruit are actually vegetables, but the game still counts the most fruit. There are no tricks being played here.

When you get a fruit, and especially when you have multiple fruit on the board, this is generally the best time to use the wall boost. Nothing is worse than having a fruit drop off the side of the board and count for nothing.

You can also use your gold coins, or tokens, to win real life money. Go to the shop area and you will see that you can trade them for Amazon gift cards.

Do this, and then you can do one of two things with these gift cards. Either use them to buy something that you would’ve spent money on it anyways, or sell them.

The best place to sell them is eBay because people will often pay more than what they are actually valued at; other good places include reseller websites or apps, or you can purchase something with a gift card and then sell it for cash.

Keep collecting fruit until you get all 36 of the fruit. Then you can get the big cash reward in real life.

UPDATE: According to our readers, the game doesn’t pay out immediately after 36 fruit, instead telling them that “the task must be completed.” The task appears to actually be multiple “tasks” written in bad English, so these tasks are assumed to be all of the other shop tasks, such as cashing out $20 of green coins or spinning three 777’s in a row.

If you somehow manage to do all of these things, then you will finally be eligible to collect the reward. If you still can’t successfully collect it, then contact customer service or go to the shop and redeem the prizes. 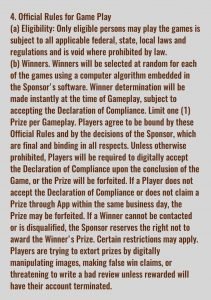 According to the above segment of the terms of service, the winner is “determined by a computer algorithm at the time of play”, whatever that means. The “Selected” thing apparently means that very few players will ever get the real reward, and that those who have a chance at it, are chosen at the beginning of play.

This might mean that you can reroll your chances of winning by deleting the game and then reinstalling it again, as long as you have not connected your account to any social media services, to Game Center, or to Google play.

UPDATE 2: it now appears that the latest update to the game removed any references to winning money or Amazon cards entirely, making this just another coin dozer game. This is the case on the iOS version; we are not sure if the Android version is the same way. Stay tuned for updates.

Motorhome Windshield Molding Repair Near Me

Rv Suspension Repair Near Me

Camper Van Converters Near Me

Spot on with this write-up, I absolutely think this website needs a lot more attention. Iíll probably be back again to see more, thanks for the advice!