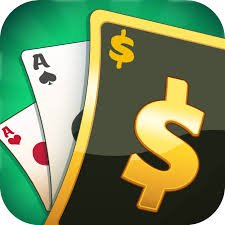 Solitaire Cash is one of the most popular and enduring apps that claims to be able to earn you money in real life. The way that this happens is that you and another player wager money against each other, and then compete in a game of solitaire to see who can finish the quickest. Whoever finishes the quickest, wins the money.

You can play in simple one on one matchups against other players, or compete in tournaments against multiple players at a time for larger prizes. One on one matchups are easier to win, because you only have one other player to compete against, but the prize money is lower. Tournaments are more difficult to win, due to the number of players that you will be competing against, but the potential prize money is significantly higher.

Of course, there are also FreePlay modes where players can compete against each other for in game currency that doesn’t cost any money. These are a great tool to allow you to practice your skills, but they are not why people download the app, for the most part. People download this game on the promise of winning real-life money. 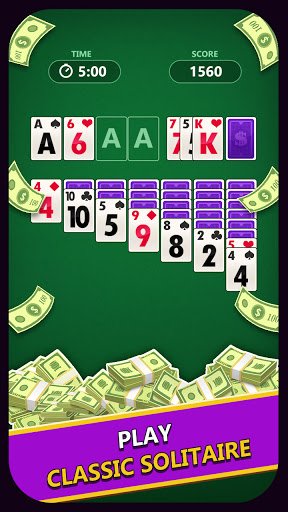 Read on for a whole breakdown of the reviews for Solitaire Cash, and our final determination on whether or not this game is legit!

For as long as the game has been around, even still people are searching on Google, trying to figure out if this app is a scam or if it’s real and legit. Advertisements claim that the game can make you money, and there are people out there also claiming that they are making money. Luckily, we have your answer. 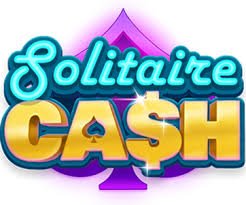 To figure out whether an app is a scam or legit, such as Solitaire Cash, there are a few factors to consider, the most important being the gameplay mechanics. In this game, your method of winning money in real life is betting against other players.

For example, you put up a dollar, your opponent puts up a dollar, and the winner takes all. Of course, the house also gets a cut, which is how the app makes money. Overall, though, the majority of the money either goes to you or to the other player, whoever wins the round.

With apps that end up being scams, usually, the game (Or the advertisements for the game) shows you racking up large amounts of money for doing simple things, and multiplayer battles never enter into the equation. With this game, the money racks up slowly unless you are extremely, extremely good at solitaire.

Another thing to consider about this game is its age. If the app was a scam, Apple would have eventually, sometimes immediately, kicked it off of the App Store, and Google would likely follow suit right after them. As it stands now, it’s been there for a very long time and is not going anywhere anytime soon.

Check the reviews in the App Store to see what people think of the app. While reviews are obviously an imperfect science, what you can generally glean from them is that people are getting paid, and the legitimacy of this game is not coming into question.

There are many streamers and YouTubers that also play the game and chronicle their experiences, as well as their winnings and cashing out. With apps that are obvious scams, you get none of this. With games like this, though, you will find anecdotes and videos of plenty of players cashing out.

Sure, there are plenty of people complaining about the difficulty of earning any money, but that’s simply because of the quality of competition; this game is played by tons of Gen X and older people who spent decades playing nothing but solitaire on their Windows computers.

Some of the advertisements can also look a little bit scammy, because they show players earning massive amounts of money within literal seconds of beginning to play the game. These advertisements are not how the game actually works, but then again, advertisements for mobile games are infamous for showing gameplay that doesn’t equal the actual experience; if you’re reading this, you probably don’t trust any mobile game ads that you see.

Is it difficult to earn money in this game? Yes. But that is actually something that works in its favor as far as pinpointing whether or not this game as legit. The easier it appears to be to earn money in a mobile game, especially a free one, the more likely it actually is that the game is a scam. 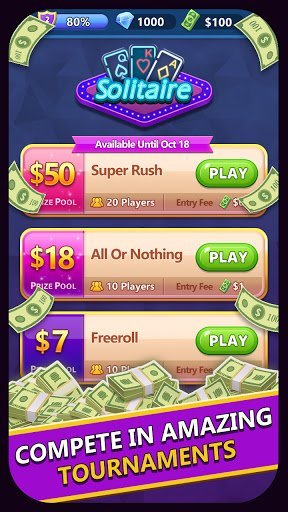 One final factor to consider is the reputation of the publisher/developer of the game, as well as their longevity. The developer of this game has been around for a while, has multiple games to their credit, and all of the games run off of the same competition system as this one does.

Solitaire Cash was developed by Papaya Gaming, which has many of the top casino games on the App Store and on the Google Play Store. Their other games include Bingo Cash, Bubble Cash, and 21 Cash, all of which allow players to compete against each other for real money. All of their apps are among the most popular casino apps on the App Store, and have been downloaded by millions of gamers.

Knowing what we know about Solitaire Cash, and considering all of the reviews, the paystubs, and the actual gameplay mechanic, we can definitively say that this app is, indeed, legit, and not a scam. Solitaire Cash is the real deal, as are the other games that have been developed by the same developer, which are all over the App Store.

As a matter of fact, the other games developed by Papaya gaming allow you to use the same account that you register for Solitaire Cash. This means that if you are not doing very well at Solitaire, but you find yourself doing better at Bingo, Blackjack, or bubble shooting, then you can pick any one of these other games and use your same account to win money.

When can I get y payout through PAYPAL? The date keeps changing.

I’m not playing anymore until I see if I receive a withdrawal check in 15-30 days… it took seconds to take my money off debit and now I have to wait 15-30 for a check… we will see if I actually get it I’ll make sure to come back on here and let you know, but i definitely have my doubts

@Maranda, I won $90 in September & I have to receive my funds. I’ve been emailing them since September 27, 2022; still no funds. I’m reporting this game as fraudulent game. Like you stated in your comment it took them seconds to withdraw your money but it is taking them forever to pay us.

Total Scam! admission fees are too high to make money, very competitive players. I lost 30 bucks and will not be returning.