DOGECOIN YOLO, formerly known as DOGE STONKS, is a new puzzle game for the iOS and Android platforms where you play as a sentient Dogecoin, bouncing back and forth between price dips and price gains. Your goal is to finish each level with as high of a dollar value as possible.

Each level in the game gets a little bit harder, but also, you have a higher potential earnings by the end of the level. You can finish in the millions, billions, or even possibly in the trillions.

Read on for some tips and tricks for DOGECOIN YOLO! 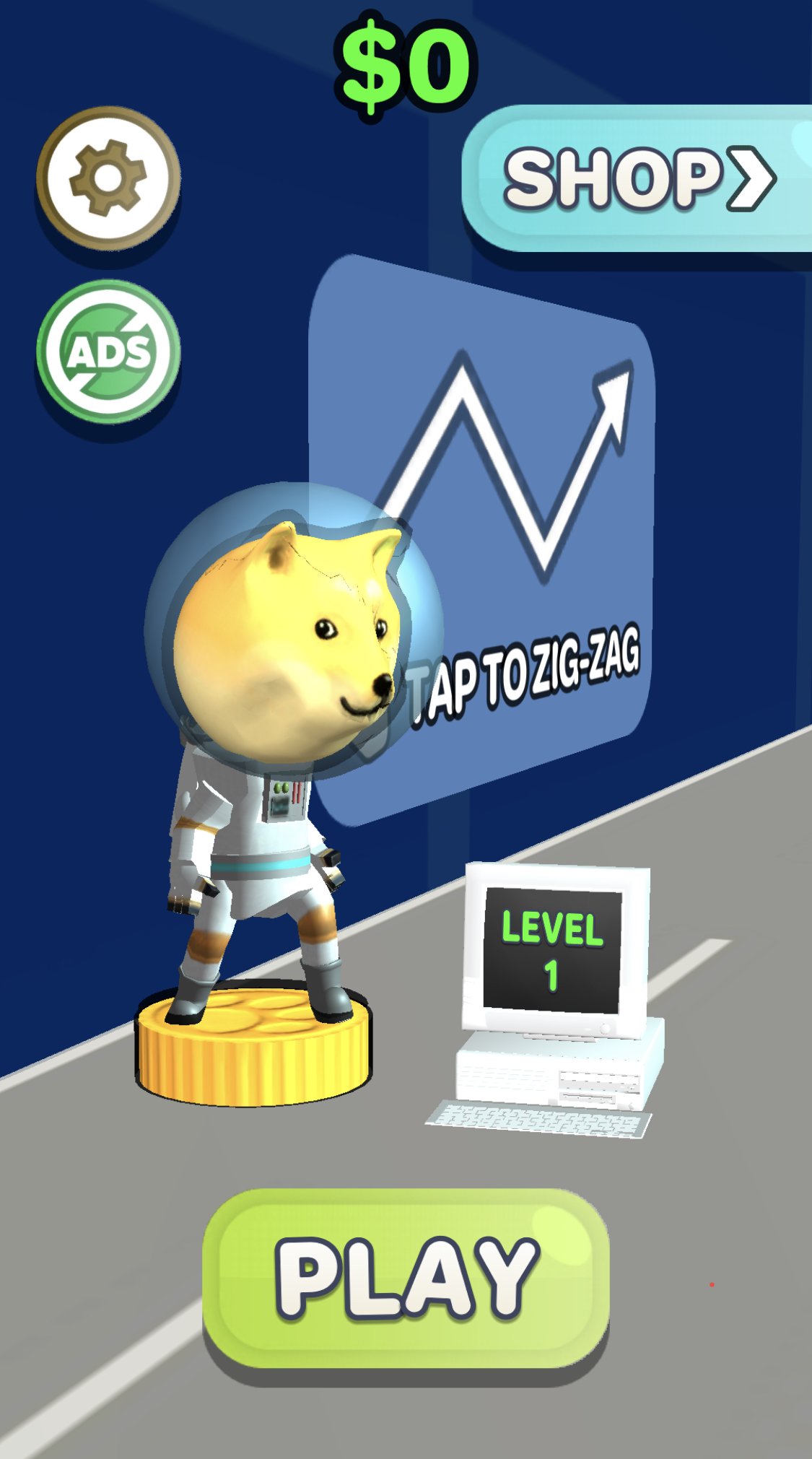 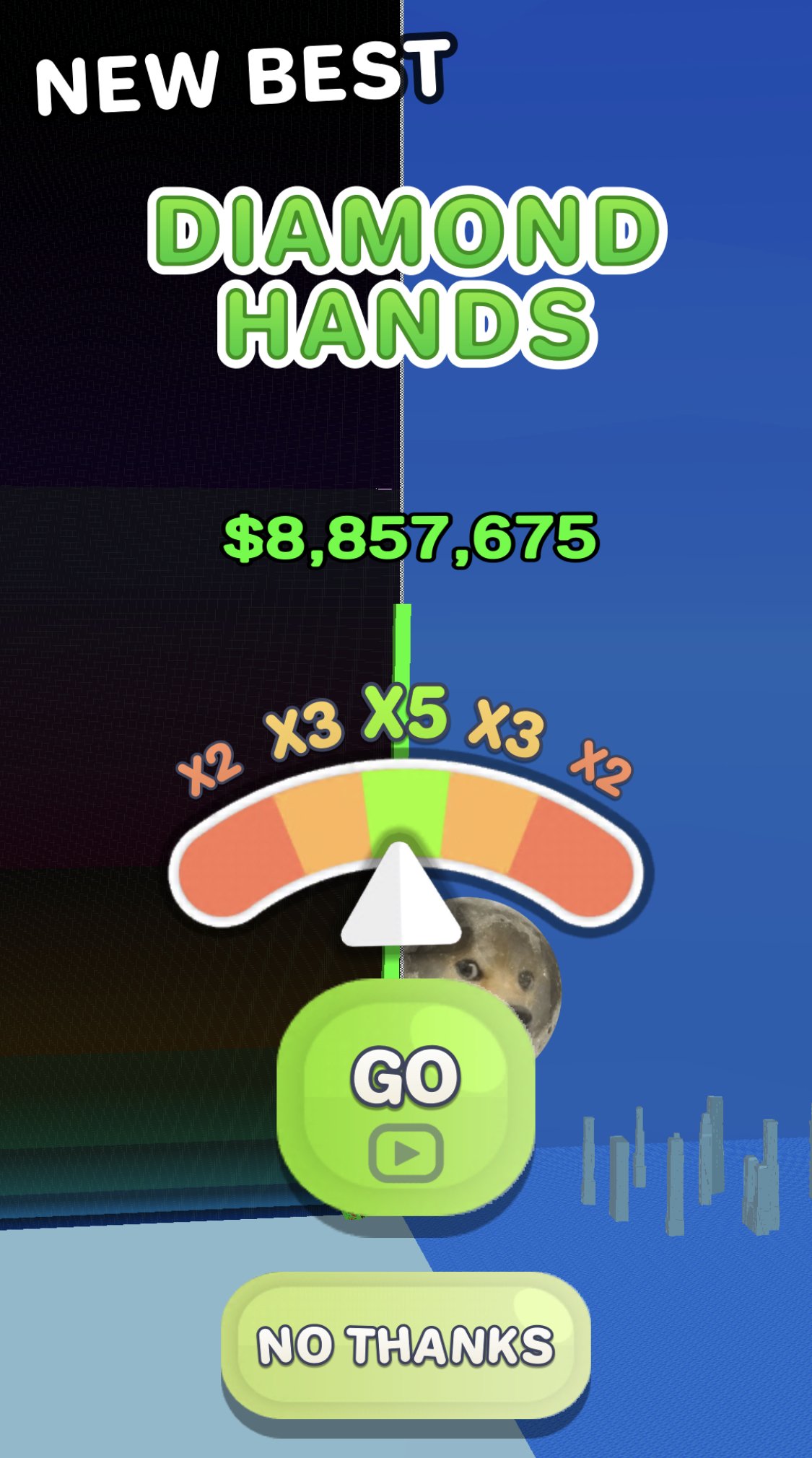 After hitting one of the green power ups, what happens next is luck, somewhat, because if you accidentally hit a red power up on the way up, then your coin will stop and start heading back down. All you can do is hope that you are able to minimize the damage, and try to hit as many green power ups as possible.

One weird fact about this game is that you beat each level no matter how little or how many dollars you earn. The only ways to lose a level are by hitting zero or by hitting an obstacle; if you have any number above zero and you don’t run into any obstacles, then you automatically win the stage.

At the end of the level, you will be able to watch an advertisement video for a multiplier to your money, as well as try to stop the arrow over the highest multiplier possible. You can get anywhere between x2 and x5 depending on where you stop the arrow. There is a bit of a delay between when you tap and when the arrow actually stops, so tap the screen a little bit early so that you have the best shot at a x5 arrow stop. 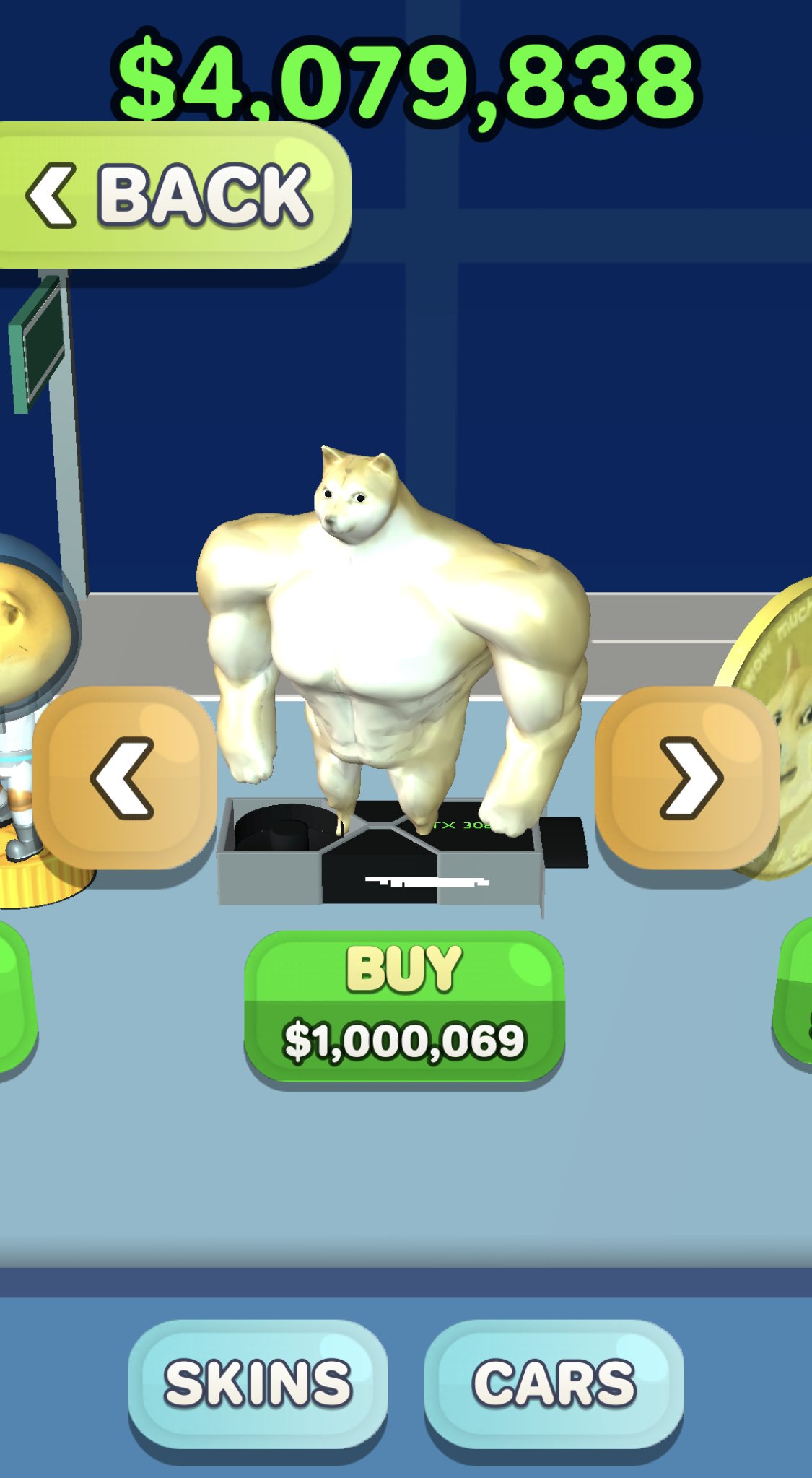 With Voodoo becoming the publisher of the game, now there has been a store added, where you can spend your cash on flair and goodies, such as a new character or cars. The new character changes your appearance in the game. Cars go into your car collection, but you don’t use them within the game itself. Cars are by far the most expensive thing that you can earn in this game, with the most expensive car, a Tesla Cybertruck, costing 500 million in-game dollars.

If you want to get rid of the ads in the game, you can now hit the ad-free button to purchase ad-free play for a small price. You can still watch all of the voluntary ads that you want for the money bonuses, but all of the involuntary ads will disappear, which will significantly speed up the pace of play.