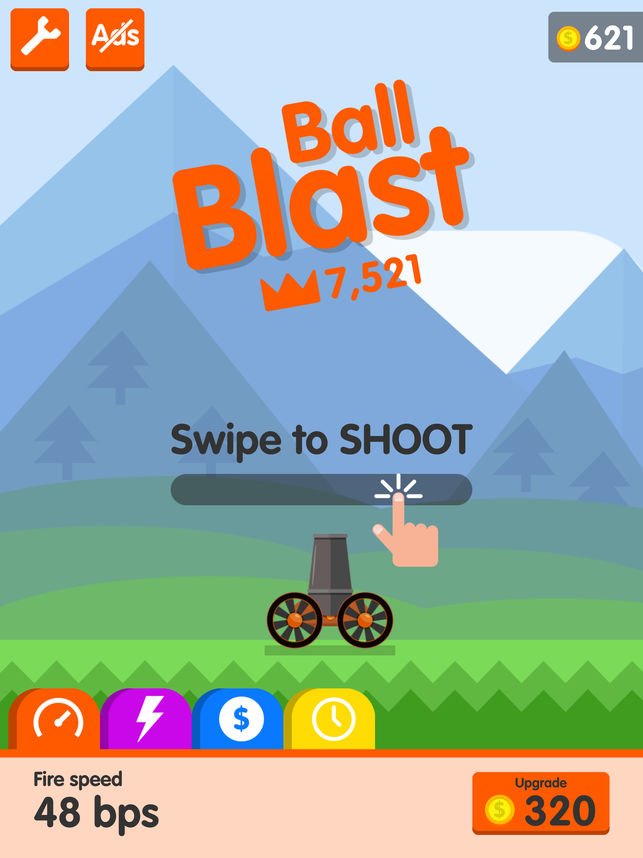 Ball Blast is a new game by Voodoo that’s reminiscent of what would happen if you crossed Asteroids and the Beetle-Mania mini-game from Super Mario RPG.

You roll a cannon around, shooting boulders until they either break into smaller boulders or disintegrate entirely, earn coins, and then do all kinds of upgrades that make it even easier to earn coins.

Read on for some tips and tricks for Ball Blast! 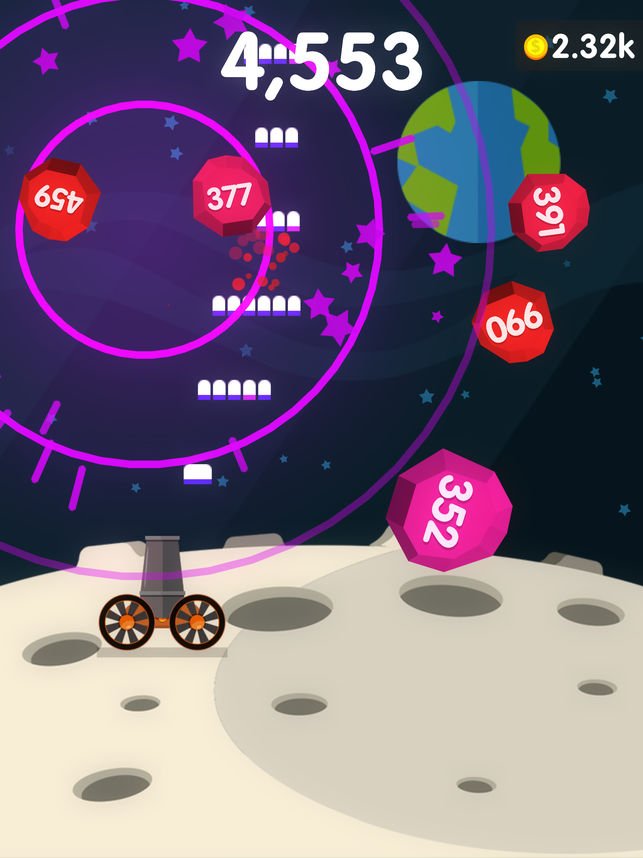 There are four different upgrades that you can do to make it easier to earn coins.

The coin upgrade directly makes it easier, in that every single boulder that you blow up, no matter how many points it’s worth, will give you more coins as a reward when you blow it up.

The fire speed increases the shots per second. At first, this increases the speed of each one of your shots. After that, when the animation speed maxes out, this upgrade starts giving you multiple shots at the same time instead.

The fire power upgrade increases the strength of each shot, so that each of the individual shots does more damage to the boulder that it hits.

The offline earnings upgrades are self-explanatory. These give you more overall coins per minute when you’re offline, but when you’re actively playing the game they don’t do anything.

Each upgrade except for the offline earning one also increases the amount of points each ball has to begin with. So even when you increase the fire power and the shots per second, it still takes a similar amount of time to blow up each of the boulders. 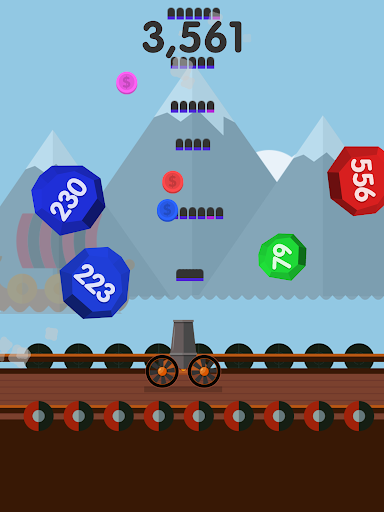 So because of the powering-up of the boulders themselves with those two upgrades, spam the coin upgrades as much as you can until you get to a point where you need to do the other upgrades because the balls are too powerful.

Then upgrade both speed and power, but upgrade speed a little but faster than power, because there is more of a difference made per upgrade to the damage that you’ll do, at least at first.

As your upgrade levels increase, though, start evening the power and speed upgrades out in order to maximize the damage for the amount of coins spent.

Play the game with an internet connection if and whenever you can. Once you die for the first time, you’ll be able to watch an ad video in order to restart from where you left off in the round.

If you get killed early on in the round, then it’s arguably not worth it to try to restart again, because then you’ll be watching an ad for basically one single round. But if you get killed late in the round and want to try for a record, or at least for a very long run, then watch the ad video. 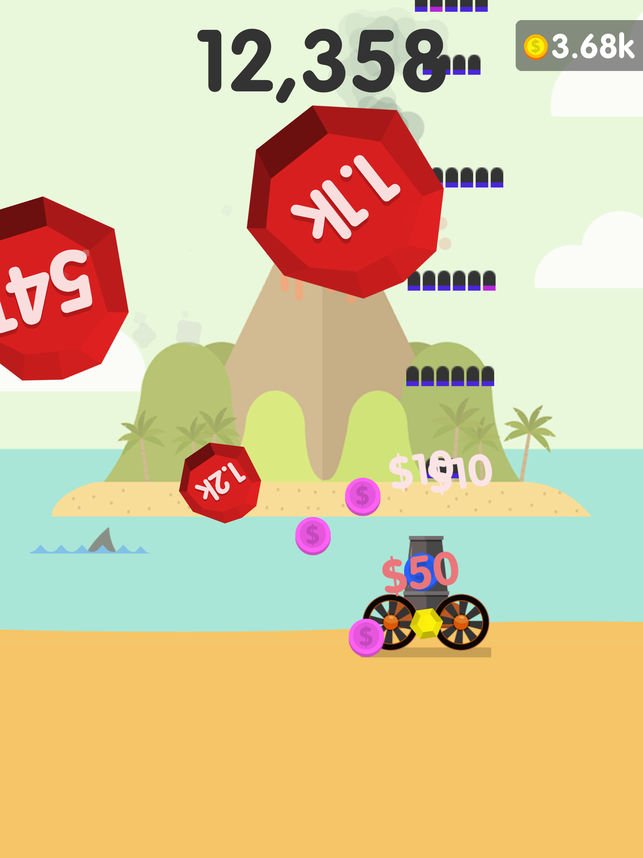 Once you die for the second time, you can watch an ad video in order to double your income for that round. The ad video doubler option also pops up if you decide to skip the restart ad offer.

So the game sets you up for plenty of ad offers, but the benefit is usually worth it.

Destroy boulders in order to make coins fall out of them and spill out all over the ground. You won’t pick up a coin unless you actually run over it, though, so you can drop as many coins as you want to out of the boulders, but if you don’t roll over them, nothing will happen.

However, you also don’t want to kill yourself trying to get them, though, so roll across the ground to pick up your coins whenever you get a safe opportunity, and can do so without getting killed. If you have to let them disappear in order to survive, then let them go. You’ll get more later anyways.

You can unlock all different kinds of backgrounds for the game. The gameplay doesn’t change when you change the skin, only the appearance does. So pick based on your aesthetic preference.

The only skin that’s interactive with the foreground elements is the completely dark skin (the one that you unlock with “Play tomorrow”).

The dark skin will change the explosion colors depending on the size of the boulder, as opposed to having the explosions all just be one color. All of the other skins in the game will have same-colored explosions for every boulder.