Harbingers: Last Survival, formerly known as Harbingers: Infinity War, and before that, Ouroboros Project, is a new gacha RPG for the Android and iOS platforms with a sci-fi and undead theme. You can collect characters for your front and back rows of battle, build spaceships, fight, race, join guilds, and more.

Between the events, the main stories, and the side quests, there are a ton of ways to get numerous premium rewards in this game, whether they be coins, gems, new characters, components for your ship, and other goodies.

One way to earn some completely free rewards, through, is with Gift Codes. Gift Codes are sometimes given out by the developers, often as part of a promotional deal. Depending on what gift code you enter, you can earn all different kinds of rewards. 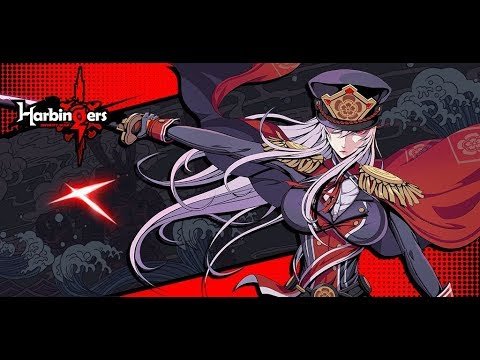 There are a number of different places that gift codes can be found when they’re given out. One of these is the developer’s official website. Often they will post notices there, so check here for any sort of gift codes that they might have been kind enough to provide.

Another source for gift codes is the official Facebook page for Harbingers: Last Survival. This is where the developers will tend to be able to contact the highest number of fans, and where they’ll be able to run the ads with the most reach, so it would make sense for them to post gift codes here, as they can include them with whatever ads they decide to run.

Look through unofficial social media sources, because once a gift code is given out somewhere, it’s going to spread like wildfire. With games like this, the best source tends to be the subreddit, whether it’s official or unofficial. You can bet that as soon as gift codes are posted somewhere else, someone is going to post them there. Oftentimes, we’ll even post them there.

Outside of the official Facebook and Discord pages, there is also a Facebook Group for the game, which would likely get access to some of the first-run gift codes before anybody else. Look through unofficial Discord channels, too.

Right now, being as Harbingers is brand new to most of the world (not to Southeast Asia, but to the rest of the world), no gift codes have been released yet. Know that we are constantly scouring the internet for codes, so be sure to add some in the comments section below if you find any. We’ll check the comments, test them for ourselves, and add them to the site if they work.