Hooked Inc: Fisher Tycoon allows you to become massively rich by fishing. Your goal is to fish, get money and gems, hire people to be on your crew, then make even more money. 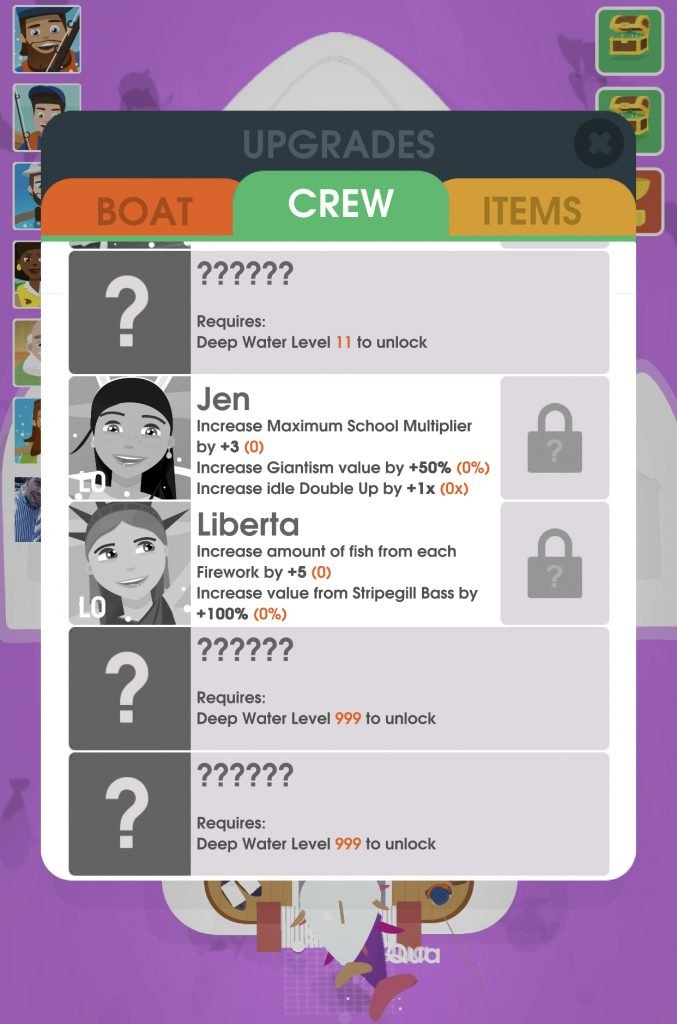 Gems are the premium currency of the game, and can be purchased, although there are ways to earn plenty of free ones in the game.

You’re gonna need a lot of these gems in order to hire every possible crew member, but you’ll need to figure out how to load up on the free stuff. Luckily, we’re here to help.

Read on for some tips and tricks on how to get tons of free gems and unlock the crew members on Hooked Inc: Fisher Tycoon! 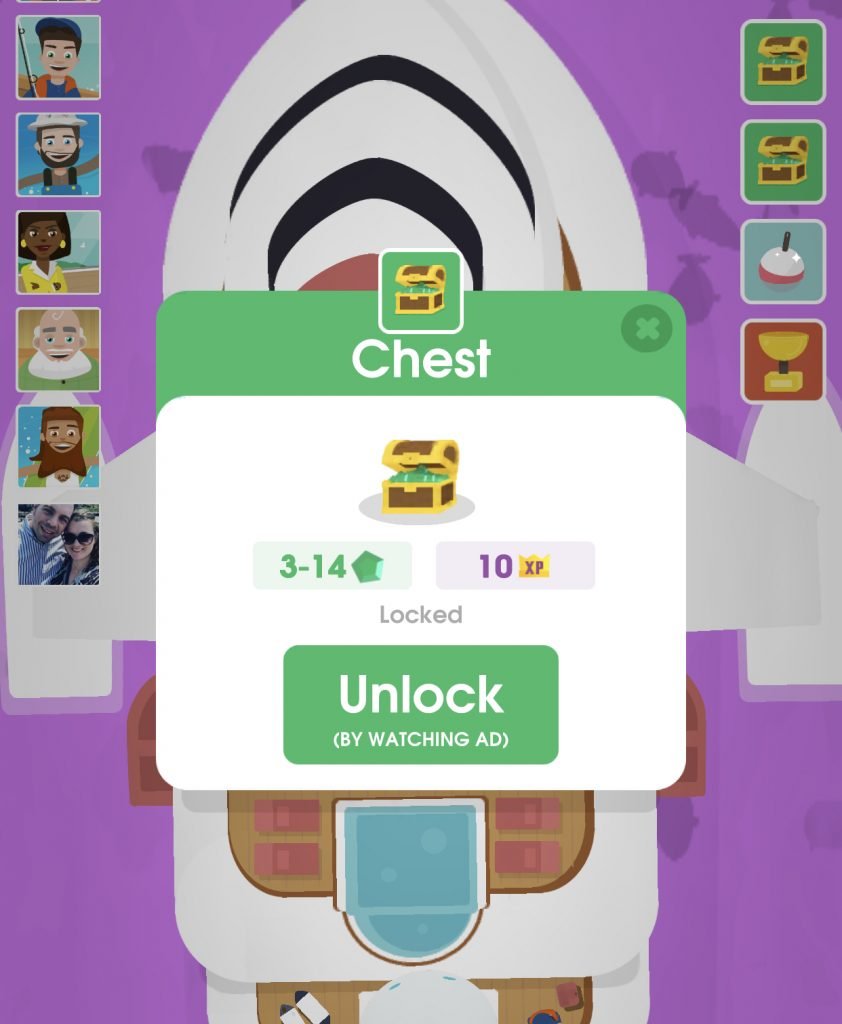 Gold chests are the main way to earn more gems. When you find one, you’ll have to watch an ad to open it. If the ad won’t play when you tap the ad button, double- or triple-tap it to see if one or two more button presses get it working. 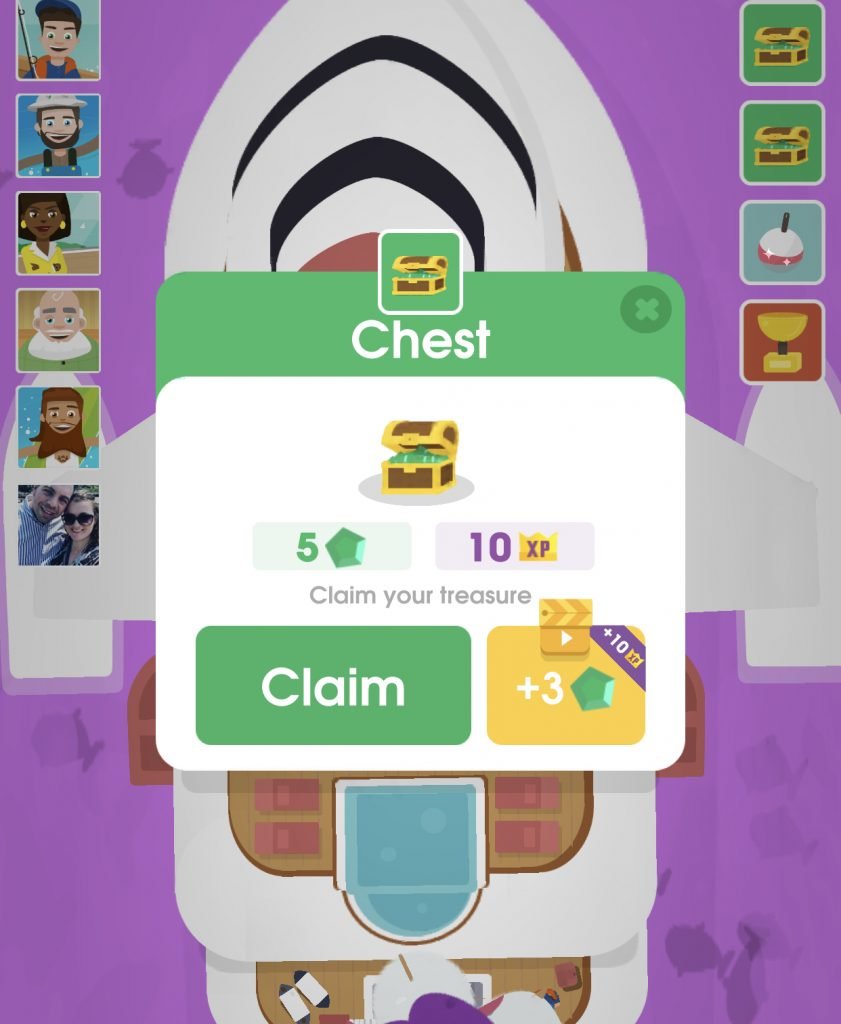 If you have a bad internet connection, you might need to switch over from LTE to 3G in an attempt to get a better signal. Or if you are on WiFi, get closer to the source of the WiFi (the router or the phone you’re tethered to).

If that doesn’t work, and your internet is good but you still can’t load any advertisements, then you have to shut off and restart the game in order to make the ad videos appear.

Chests will usually from the top of the screen to the bottom of the screen, although sometimes they appear from side to side. But rarely will they appear going from bottom to top. This is due to the forward motion of the boat.

Be sure to get the character with buoys, or “autofishers”, then place them because they can also pick up chests. Once you have buoys, stick them on the screen from the left side to the right side, and then go to your phone options menu and turn off the auto-sleep option.

Plug your phone into a charger and leave the game open for a long time (such as when you sleep) and the next day you will have an absolute flood of chests waiting for you to watch ads to open them.

If you tap a chest and the ad won’t work, click outside of the window but do NOT tap the X. If you hit the X, the chest goes away for good and you have no chance to get it back.

Two other ways to get free gems exist too: the jackpot from the multiplier spinner and the quests. The quests are self-explanatory – collect the prizes whenever you complete a quest. 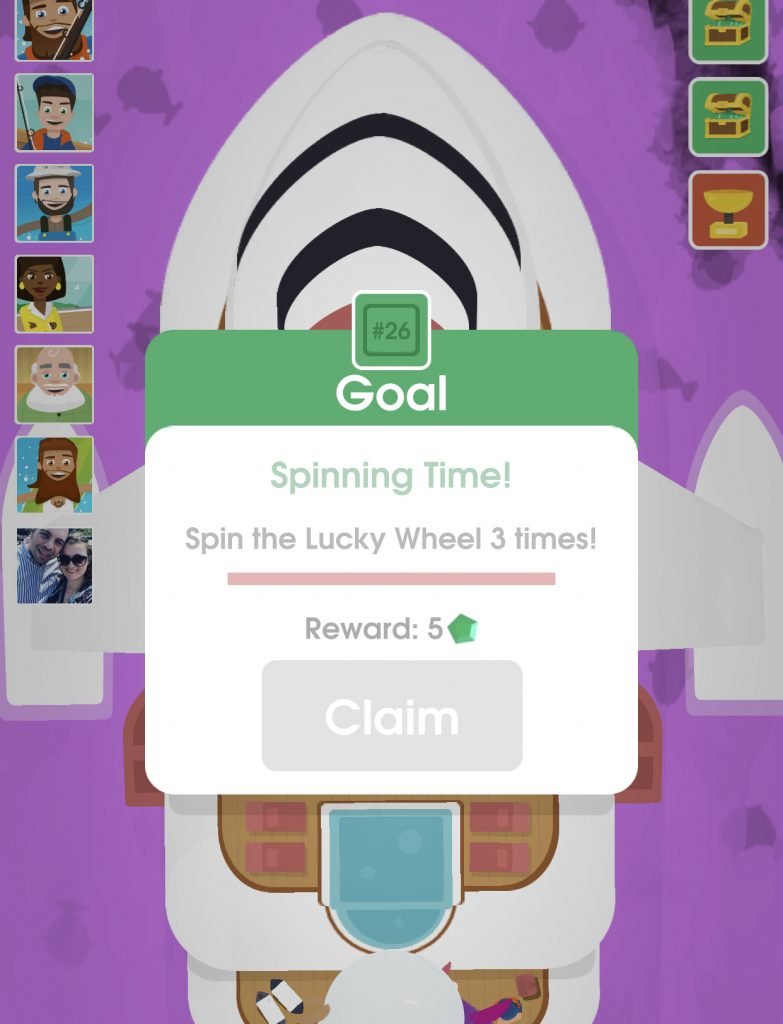 So even if it gets frustrating, keep spinning and keep spinning. No matter how many times you have to watch an ad to spin before hitting the jackpot, keep at it, because it’s worth it when you finally do hit it. 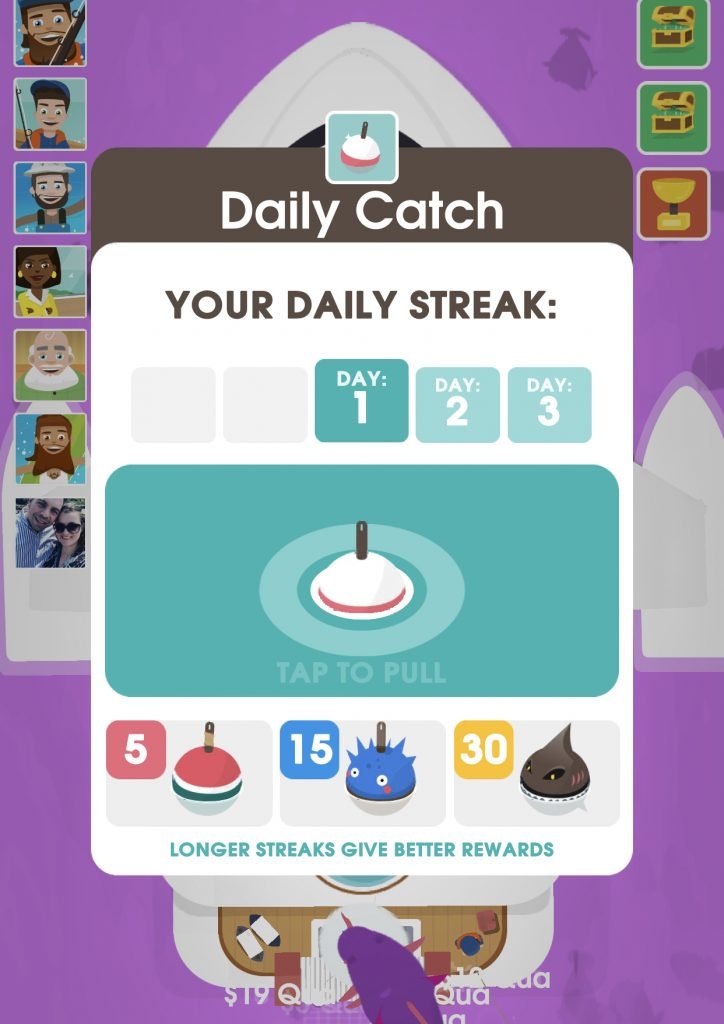 Use all of those free gems to buy one crew member at a time. They go up in price gradually – the first one costs 13 gems, but the sixth one costs 263 gems, for example. Each crew member has specific bonuses. 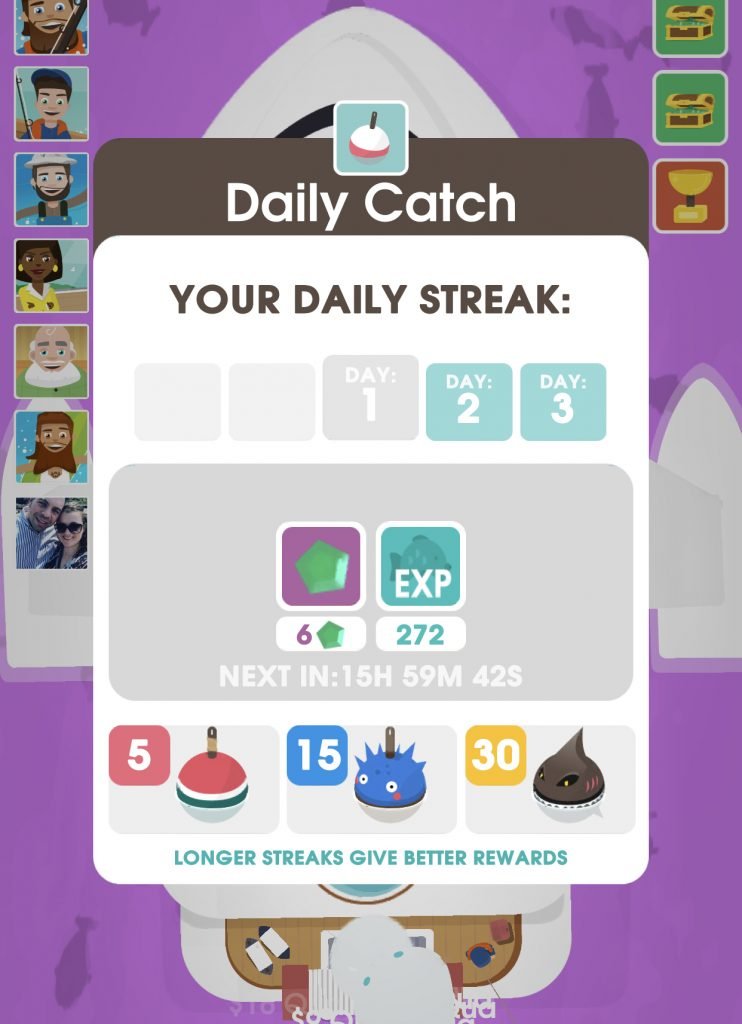 If you want to buy a specific crew member, then look for the offer for them as soon as you make it to a new sea. Otherwise, if you buy at any other time, you’ll get a random crew member out of all of the leftovers.

To preview all of the possible crew members and their bonuses, go to the upgrade menu and switch over to crew. Tap on any one of the crew members that you don’t have yet and you will see what benefits and boosts they’ll give you if you buy them.

Plus, go to the anchor menu and log onto the game via Facebook and you will appear as one of your own crew members, earning you a 250% bonus on all fish that you catch.

Finally, be sure to enter the regular tournaments. If you enter and place in the top three, you will earn a large gem prize. Be sure to pick out the few members who have the most effect on actual fishing in order to have the maximum tournament effect.