Archero is a massively popular RPG with roguelike elements with ten total chapters, and out of all of these, chapter 4 is one of the ones which is generally agreed to be among the toughest. Unlike Chapter 3, this chapter doesn’t have wave after wave of enemies all in the same room; you have one wave for one room. So this one is more like chapters 1 and 2, except more difficult, of course. 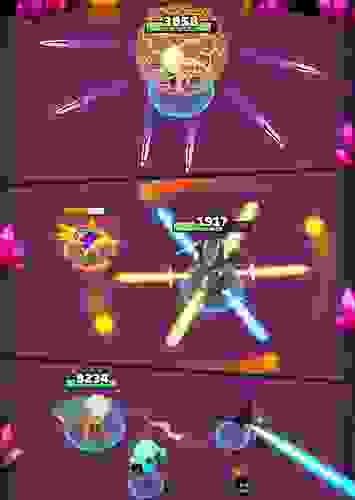 Like with other levels, save your health so that you don’t need the angel to give you a healing boost. Instead, go for the boost from the angel, as even a minor HP boost is still enough of an HP boost to make a difference by the end of the level.

You have quite a few different enemies to deal with. Melee enemies include bats, mummies, and the blue wolf-like enemies. Everything else is a shooter, so practice smart hit-and-run strategies and stay mobile. Watch the patterns of all enemies, try to keep them all on one side of you (never let them surround you), and mow through them in between avoiding their shots.

There are multiple bosses for the Chapter 4, so we have a guide on how to beat ALL of them.

To beat the fireball boss, watch out for all of its attacks. To deal with the homing missiles, stay still and then move about at the last second and they won’t hit you. The orange bullet attack flies straight, and tries to predict where you’re running to, so don’t get caught up by it. As for the meteors, watch out where on the ground they’re about to hit and avoid that spot.

To beat the jumping tree, avoid taking damage, by predicting where its bullets are going to shoot when it lands, stop running right before it lands. Its bullets will miss entirely, because the AI is predicting that you’ll still be running and trying to aim them at you, like a quarterback aiming for his wide receiver. For the bouncing shots, just stay away from the corners if they are bouncing off the sides, and avoid the sizes if they are bouncing off the corners.

The big rock boss uses a number of rock-throwing attacks and a spinning attack. Many of the rock attacks break up into smaller rocks when they hit the ground. The exploding rocks are aimed where you’re standing and then explode into smaller rocks, so stand next to walls, which will block most of the small rocks when the big rock blows up. To avoid getting spin-attacked, run along the mid-map walls (not the outer-map walls)

For the flying lady boss (the final one), your goal should be to avoid the bullets and wait for her to charge at you. That’s her pattern. Some bullets curve and some bullets fly straight. The wingman and shield abilities make it much easier to avoid.

Try to time the charge attacks so that you can avoid them. You will have essentially no warning when you’re about to be targeted, so keep a safe distance, shoot in between projectiles, then run like hell when the charge begins. You’ll have so little time to sit still that you won’t be able to get too many shots out, so just do the best you can and prioritize damage prevention over shot count.