Lonely Survivor is a game for the iOS and Android platforms where you face off against an endless mob of enemies and bosses. These hordes get harder and harder to beat, and not only will you need stronger equipment, but you will need to know the inns and outs of evolving your skills. The evolutions and combinations that you pick during each stage will make or break your run.

Read on for a full multi-part evolution and combine guide for all of your weapons, active skills, and passive skills in Lonely Survivor! 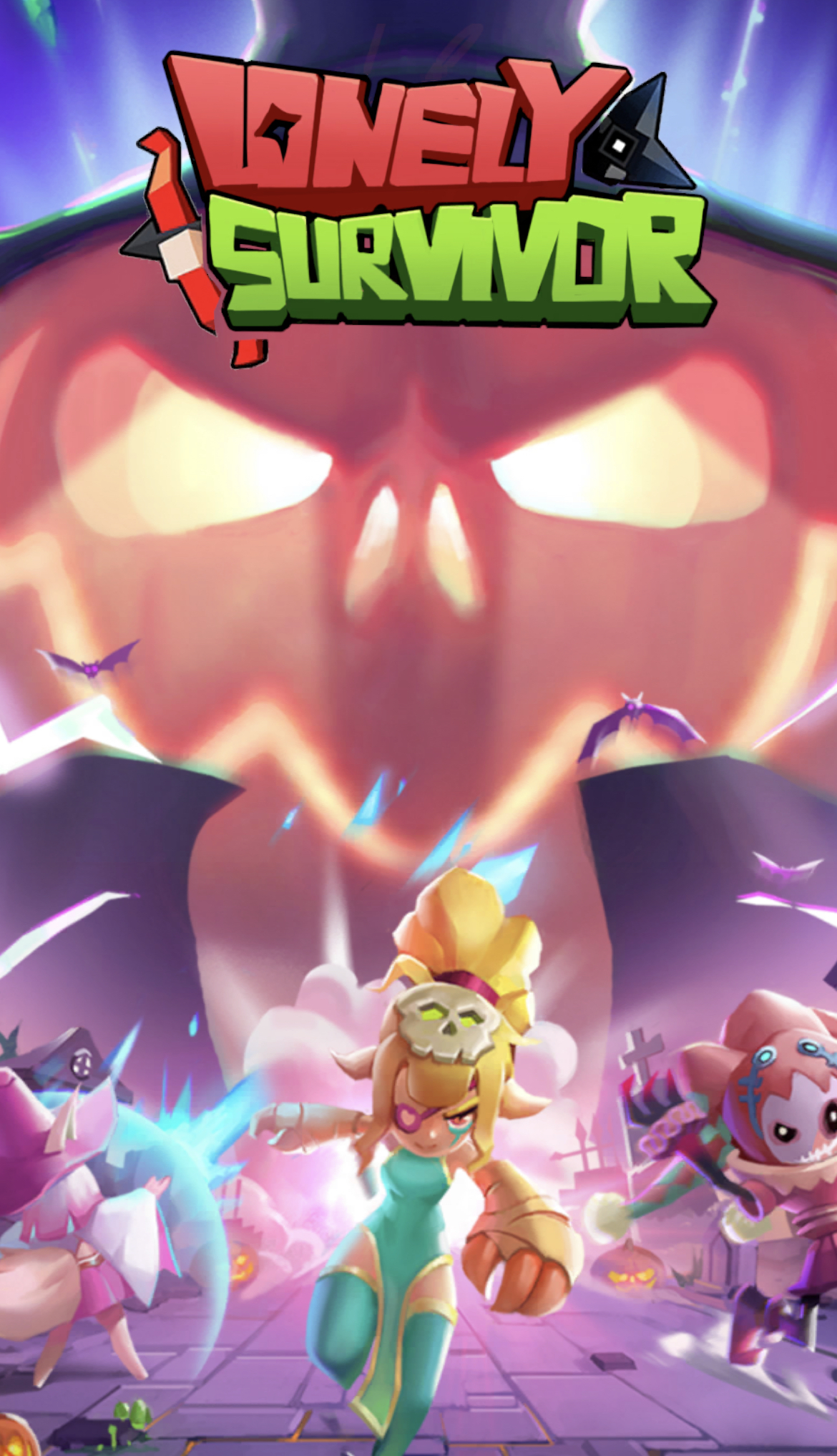 The Meteorite Technique can evolve into the Meteor Shower, which operates similarly but is more powerful with more and larger meteors. You can evolve this by combining it with the Multiple Casting passive skill.

The Flame Bird and Frost Bird evolve together into the Fire and Ice Phoenix, which is a more powerful version of the two birds together, but unlike the two birds, it takes up only one single weapons slot, freeing up another spot after the evolution. No passive skills are required to be combined in order to accomplish this evolution. 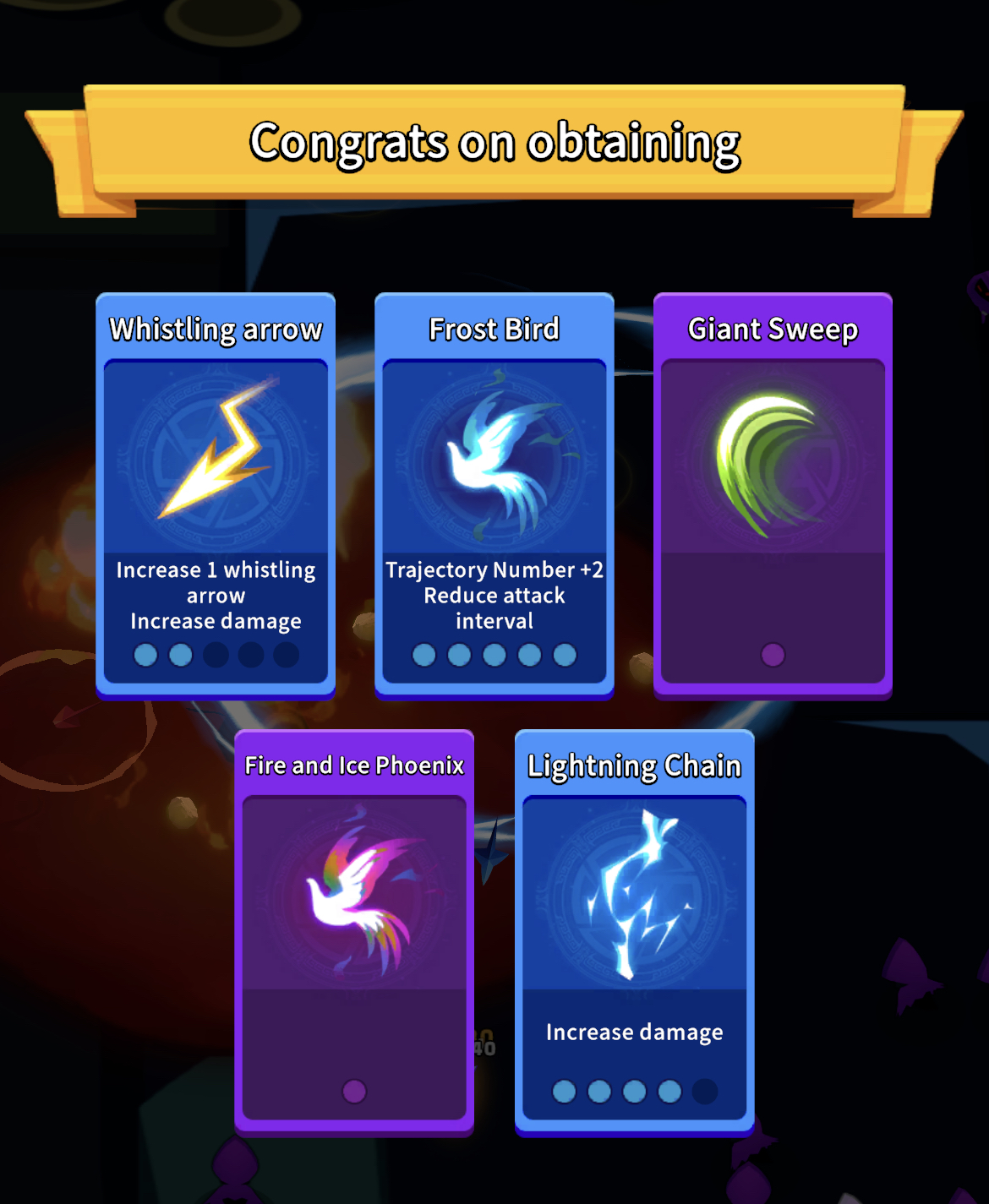 The Toxic Swamp evolves into the Poison Nova. This operates similarly to the Toxic Swamp except that the swamps surround your character with equal spacing around them, allowing them to be far more predictable and even more effective. This is accomplished by combining it with the Magnetic Force.

The Boomerang evolves into the Super Boomerang, which is a more powerful version of the same thing. This is done by combining it with the Range Extension. 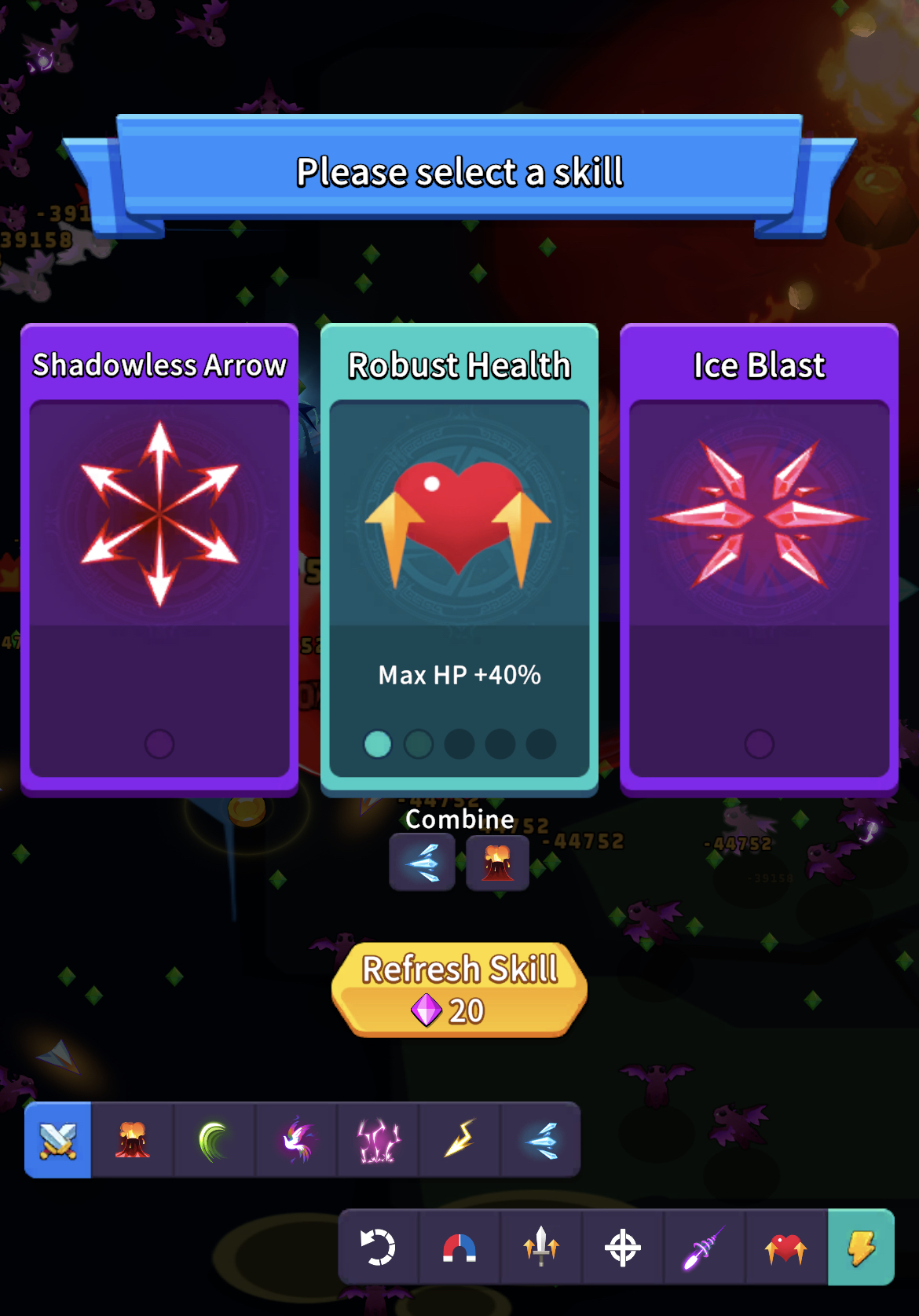 The Ball Lightning evolves into the Lightning Field, which surrounds you with six faster, larger balls of lightning that never disappear. You can combine the Ball Lightning with Lasting Mana to do the evolution. 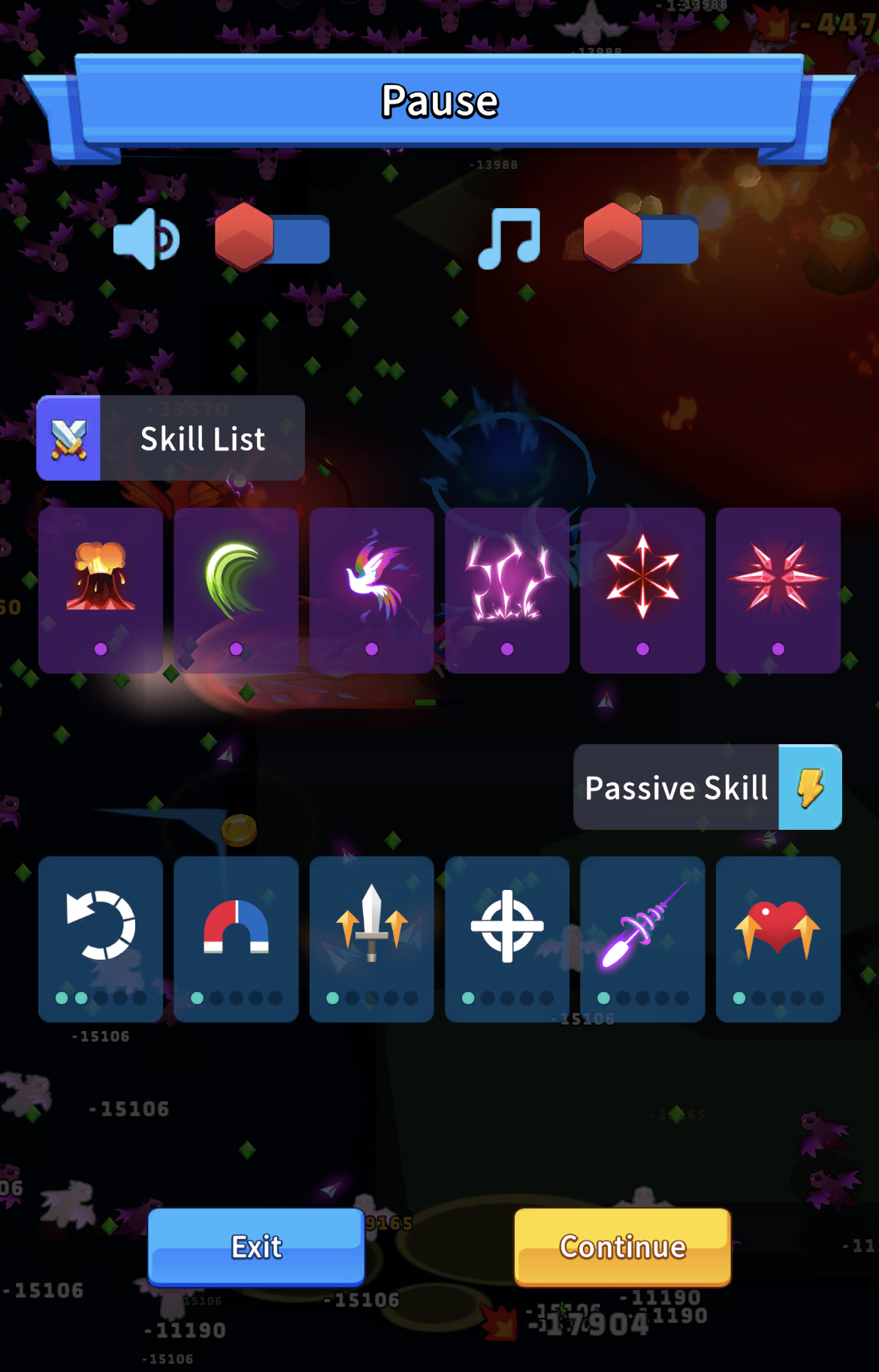 The Tornado can evolve into the Hurricane, which sends six tornadoes outward in equal directions from where you are, making it far easier to control, unlike the hurricanes which are entirely random. You can combine the Tornado with the Attack Increase to turn it into the Hurricane.

The Icicles can evolve into the Ice Blast, which shoots ice out horizontally, vertically, and diagonally in all directions. You can evolve the Icicles by combining them with the Robust Health.

The Volcano Guard is a skill that places a literal volcano in the field of play, which spits out land for heavy damage. When combined with the Robust health passive talent, it can evolve into the Lava Hell, which is similar but also has a large lava field surrounding the volcano for a similar effect to Toxic Swamp.

The Psychic Orb bounces off of enemies and all over the screen dealing massive damage, much like the soccer ball in Survivor.io. When combined with the Heal Magic, it can evolve into the Split Orb, which is a stronger and faster palette swap.

The Prism Tower places a tower that shoots lasers in the middle of the level, shooting nearby enemies with lasers. When combined with the Agile Steps, it can evolve into the Magnetic Storm, which is a larger tower that fires in more directions simultaneously.

your list is super incomplete and far from "full"... you dont have any weapon evolution recipes listed, and im sure thats not all you missed...like what does fast cooldown combine with other than fireballs? its round and orange like domain, but im fairly sure thats not what it is. please hit me back as soon as you can, i truly am curious. thanks