I Became A Dog 2 is the sequel to one of the weirdest iOS and Android games on the planet, and the story is much the same here. A guy becomes a dog by some weird coincidence, and has to find out how to become a human again. So you have to go on numerous fetch quests (no pun intended), handle the other dogs, and find what you need in order to win and become a human again. 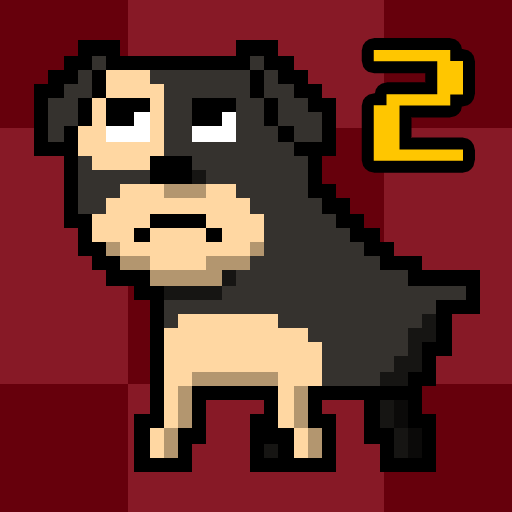 You can get hints whenever you want to in order to figure out what to do next, and we have all of the answers right here.

Read on for all of the answers, hints, and solutions every ending for I Became A Dog 2!

The First Secret Door:
To find the first secret door, go to the far right bottom side of the guy’s bedroom and you’ll see a tap prompt. Tap it in order to push the button.

The dog’s life decreases beginning with language level 6, and increases if you feed him bugs. If you got too far and the dog’s not alive anymore, just start the game over again (or beat it and then start it over again) and keep him alive. 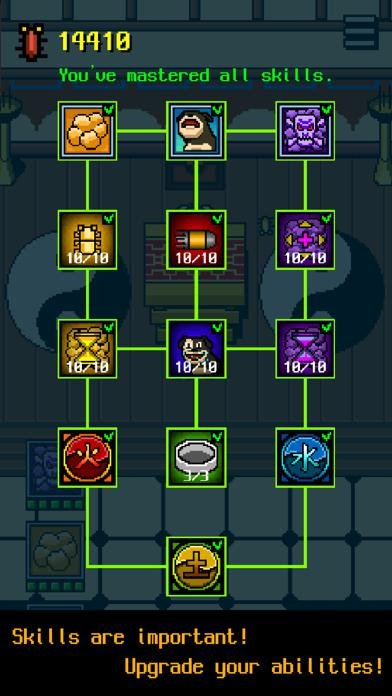 The Thing With The Most Legs:
You’ll get this mission from Steven, the dog that guards the boss. Upgrade your speed to level 2 (by seeing the sensei dog toward the upper right room and paying bugs for the upgrade) or higher.

Removing The Stone From The Key:
First, get the key with the stone around it from Sam. Then, paralyze Steven with a fart or wait til he’s eating and give the key to the boss.

Bandage:
To get the bandage for the wounded dog, first, get the key to the restroom (the one inside of the stone). Then get the towel that’s in the top left corner of the bathroom. TV Remote Battery:
First, you have to get the second question from Steven. Then, use the poison fart on the boss and investigate the poop when you do.

A food that doesn’t get smaller:
First, get the TV remote battery. Then go to the TV and watch the footage from the security camera. Then when it points to the fish tank, investigate the fish tank.

Getting Rid of the Rock:
First, receive the third question from Steven, the boss’s guard. Then go to Sony (the sensei dog) and learn the fire power. The red box will open behind Sony. Then give the dynamite inside to Sam. 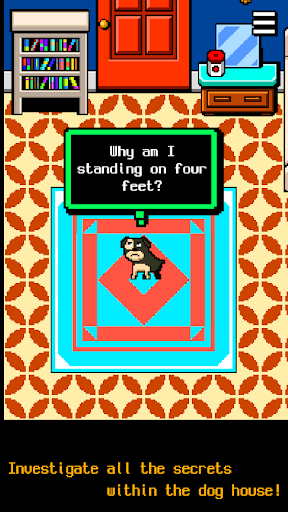 The Least Number of Legs:
Once you get rid of the rock, investigate the portrait of the old man, then press the button. Use the portal to get the axe, then use the axe to break the fish tank.

Steven and the Fish:
Don’t talk to Steven while you have the fish, or he’ll steal it. He’ll also steal it if you try to grill it while he’s not distracted, so distract him with food or a fart.

Locking Up Steven:
First, free the dog from the cage. Then distract Steven, grill the fish, then put the fish inside of the cage that the dog was trapped in. Sleeping Pills:
Make sure that you still have the sleeping pills after you lock up Steven so that you can talk about the next step with Jackie.

The Barking Sound:
The Boss will tell you that he wants canned meat. Then leave the house through the hole that Sam made. You’ll hear a barking sound. Then talk to Sam in the front yard.

Sam’s Toy:
Sam will tell you about his hidden toy. Once he does, dig up the spot near the upper left corner of the front yard to find the toy.

Opening the Canned Meat:
Once you get Sam’s toy, place the button on the lower bathroom wall from the outside, and press it. Then go to Sony, learn water power, and open the blue box.

Catching the Mouse:
Steven will ask you to catch a mouse. The boss has to be tied up on the clothesline to do this. Get the rotten cheese from Jackie, then go to the mouse hole toward the upper right side of the front yard to catch the mouse by luring it with cheese.

The Secret Place:
Give the mouse to Steven and he’ll give you tongs. Learn Earth Power from Sony and open the yellow box. Then investigate the bathroom toilet, then the hole in the middle of the storage room.

The Healing Potion:
In the Secret Place, investigate the woman, then talk to Sony. Get a dog’s poop, a piece of red hair from the woman, and the smiling flower.

LP Record:
When Sony asks you for the potion ingredients, go to Steven and he will give you a hint. Then go to the far left part of the front yard and bark twice.

Smiling Flower:
When you do the above and get the LP music record, turn on the music with the turntable and go to the backyard, and the frowning flower will now be smiling.

Awake Mary:
Take the healing potion and wake up Mary, then paralyze her with a poison fart to keep her from fleeing.

Mary’s Suspicion:
Once you can control Mary, go to the front gates and go to the place where the accident happened. Then talk to Sony and investigate the man on the bed.

Mary’s Revenge:
Get the bag as a present and let Steven out of the doghouse. Then go to the storage room and close up the secret place.

Ghost:
Once you turn back into a human, first, let Steven and Boss go. Then go to the backyard and investigate the tombstone.

Hidden Dog Food:
First, go to the basement. Now go to the maze, find the button inside, and press the button.

Ending 1 requirement:
First, give the first to Steven, then grill the fish while Steven is next to the boss or when he is not paralyzed.

Ending 2 requirement:
When you tie up the boss and then get to the point when Jackie asks you to be the leader, say yes.

Ending 3 requirement:
The dog locked in the cage has to survive for this one. Use the healing potion on the woman, then when she asks about how to become a human, select “yes”.

Ending 4 requirement:
Same as above, except select no when Mary asks about how to become a human. Also, the dog doesn’t need to survive for this one.

Ending 5 requirement:
The dog locked up has to survive. Use the healing potion on the man first. Then find the hidden dog food, the big bag, and the big bag keys. Then finally, investigate the woman.

An Alternate Ending:
Unlock all five endings in order to make a new event play.

4 thoughts on “I Became A Dog 2: All Hints, Answers, and Endings”