Ulala: Idle Adventure has plenty of cool stuff that you can unlock as you continue to gain levels. One of the later unlocks in the game is Clatter Cards, which gives you a use for all of those Clatter Coins that you earned earlier in the game.

The Clatter Cards game at its base level gives you a nice stat boost. Beyond that, if you match the cards by region and by type, you get other bonding bonuses as well, which can make a huge difference in some of the tougher boss battles in the game.

Read on for a full guide on Clatter Cards and Clatter Coins in Ulala: Idle Adventure!

To start, you have to get to an experience level of 42 and make it to Bata Desert 50 in order to get the Clatter Card option. So if a weaker player joins your team in the middle of your quests, you’re going to have to make the levels up quickly.

Once you get the Clatter Cards option in Ulala: Idle Adventure, you’ll have to then go to the Clatter Store. You’ll have plenty of Clatter Coins available by this point, as you earn them every time you beat a boss. 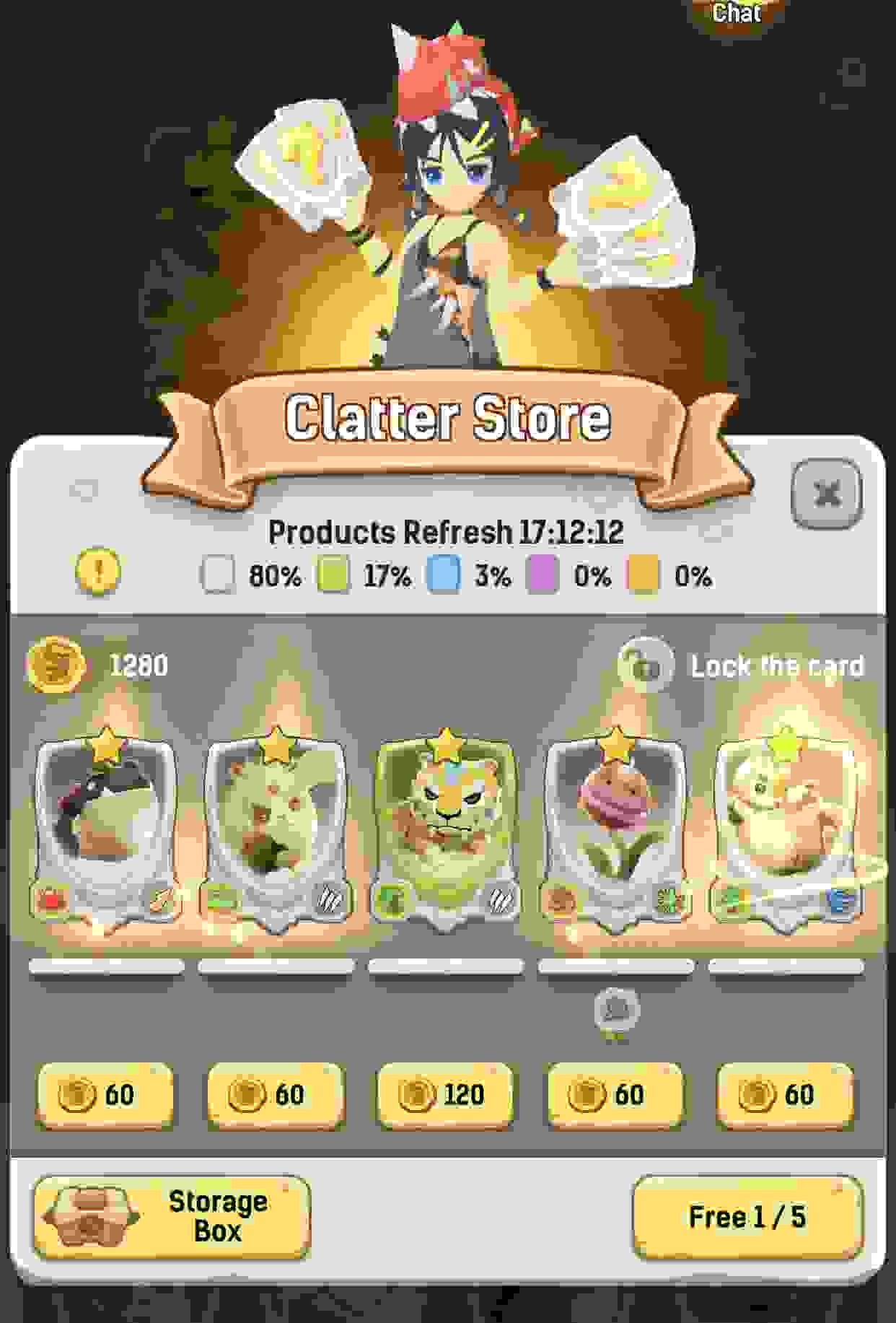 The store contains 5 Clatter Cards at a time of varying rarities, from common all the way up to legendary. The border colors of the cards denote the rarity, just like with weapons, pets, and everything else.

Hit the store and start buying Clatter Cards, but you only have 8 slots where you can store them, so buy wisely, and reload if you want. The store reloads automatically at 5AM every day. You get one free refresh, then you have to spend starfish (or pearls) in order to refresh. 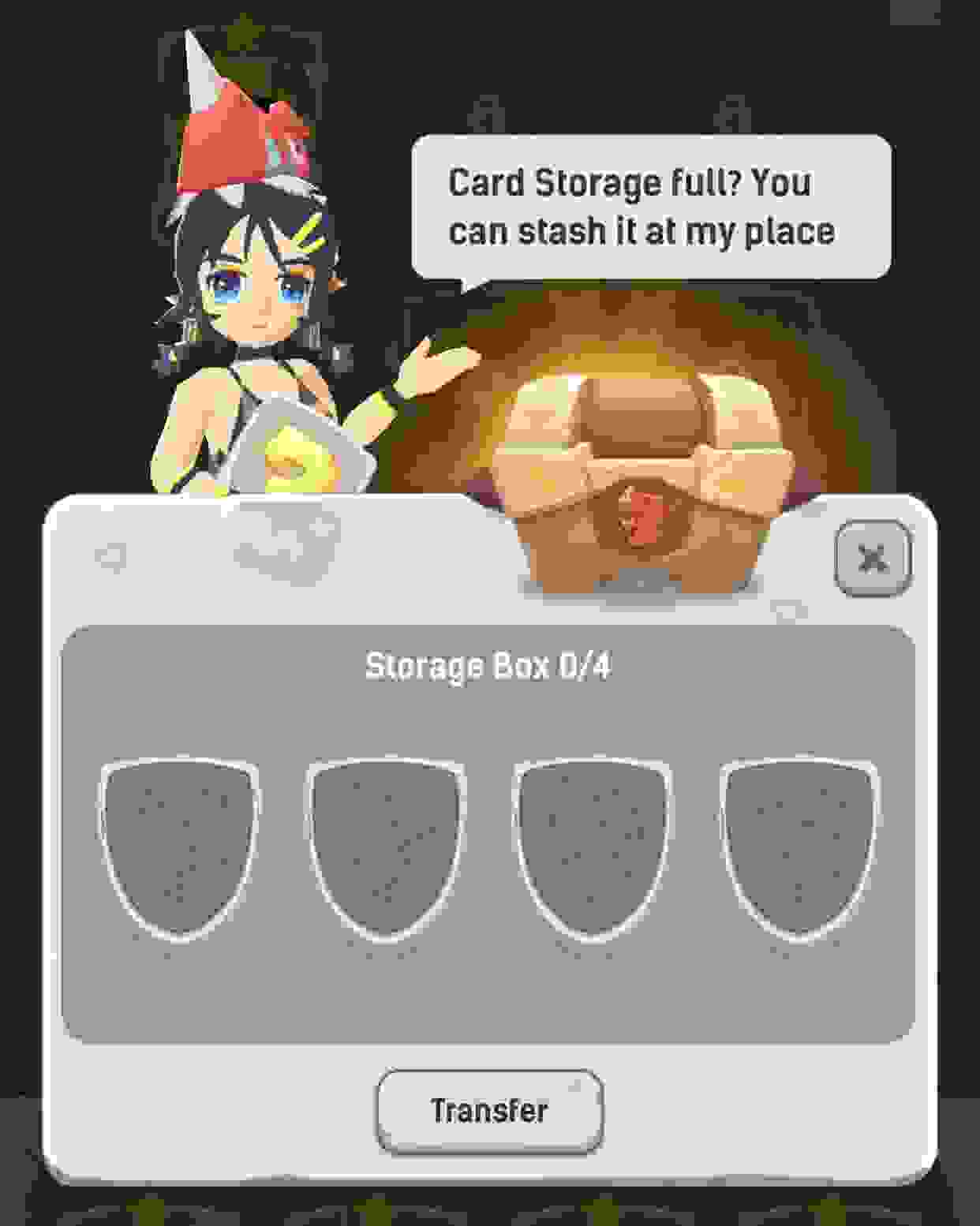 There’s only one Clatter Card slot available at first, but up to nine unlock at a time. The second one unlocks at Jujule Volcano 115. The third unlocks at Sinbad Rainforest 110. The fourth unlocks at Cobo Coast 50. 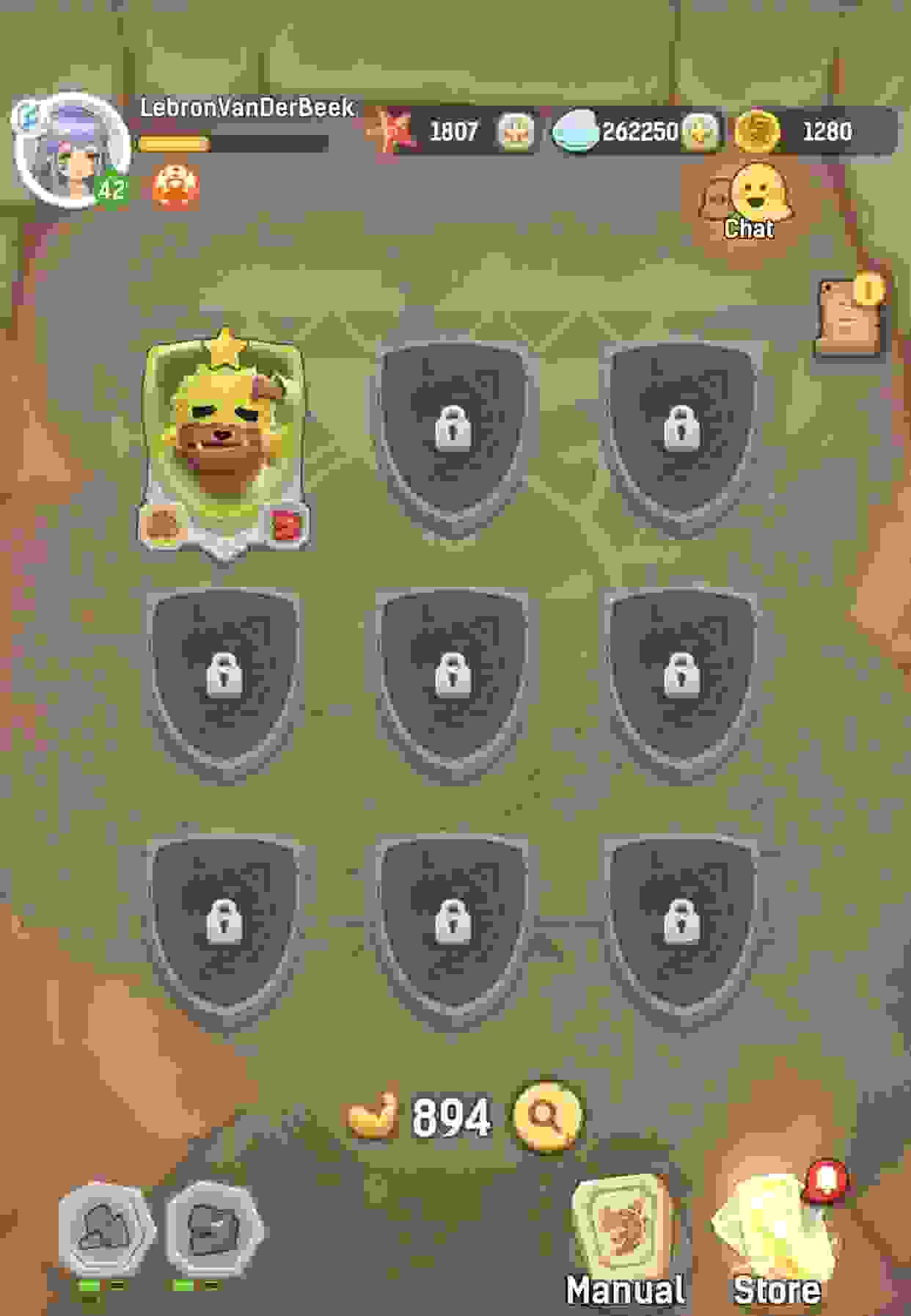 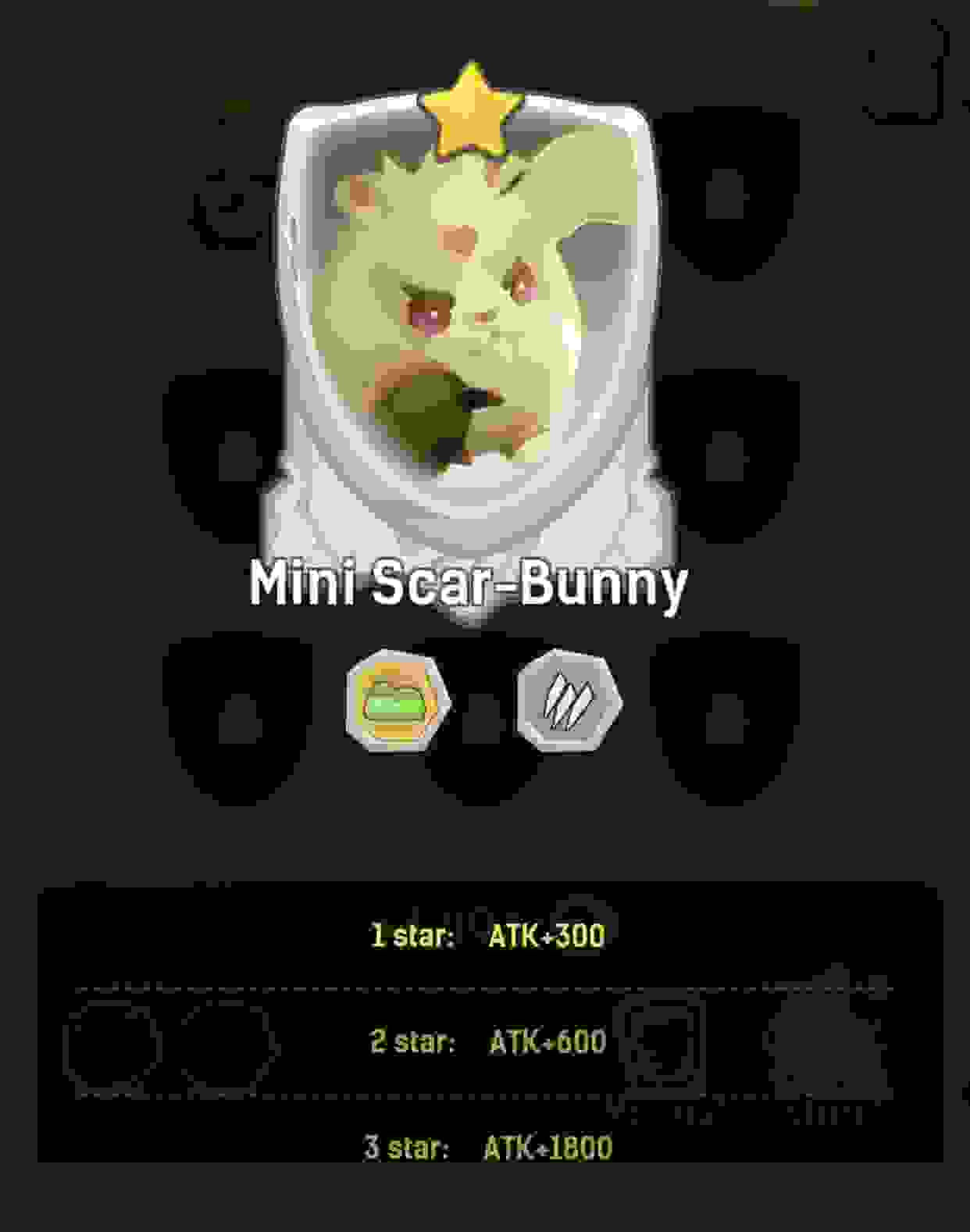 The icon on the left in the profile indicates the Region Bond, which is a bonus that occurs if you equip more than one of the same card. The bonuses will come with two, four, or six of the same Region cards. 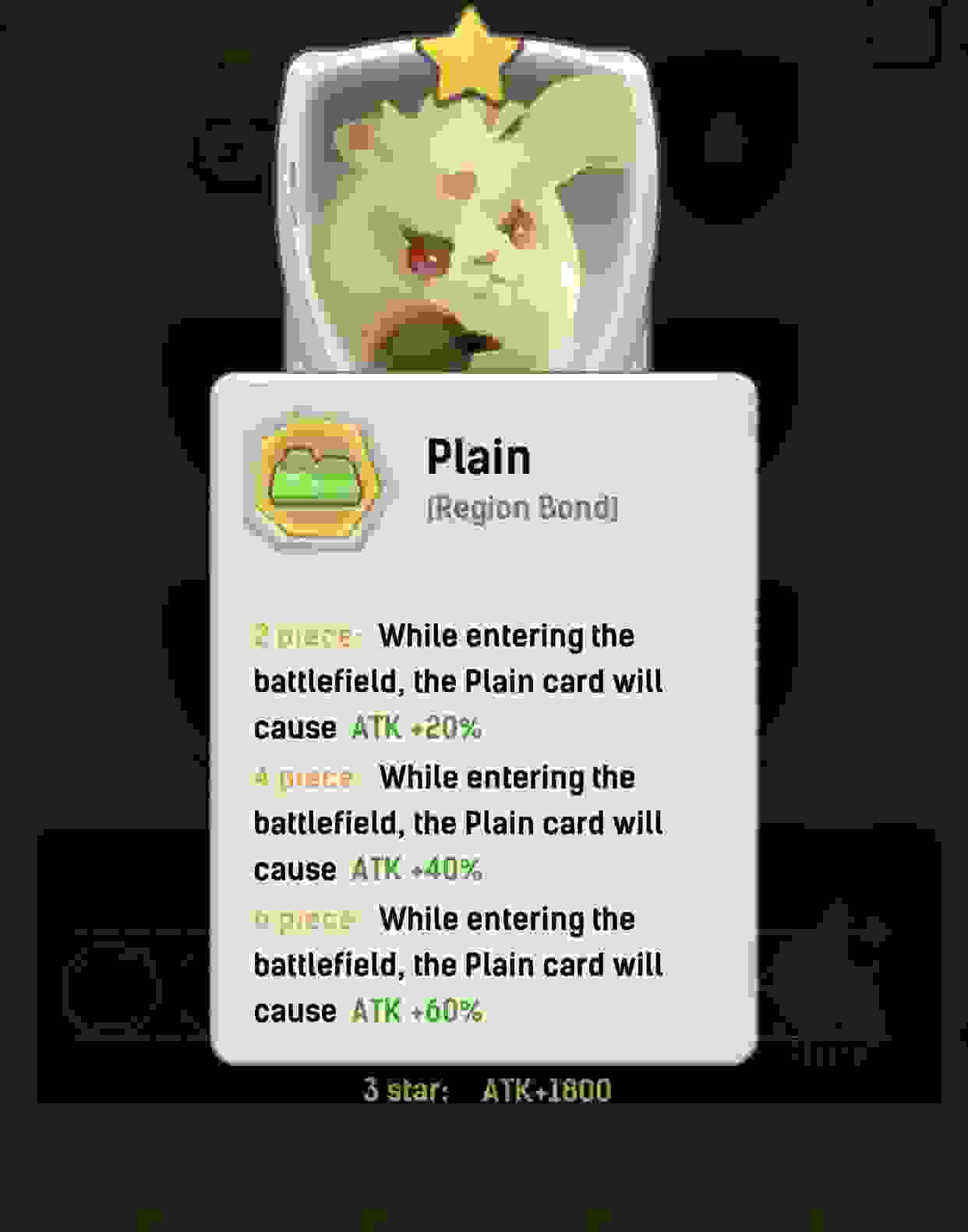 The icon on the right indicates the Type Bond. This bond only comes when you have three cards of the same type. Right now, there are no improved versions of this same bond.

The developers frequently add updates to the game, so don’t be surprised if more advanced versions of the bond show up later on with a future update. 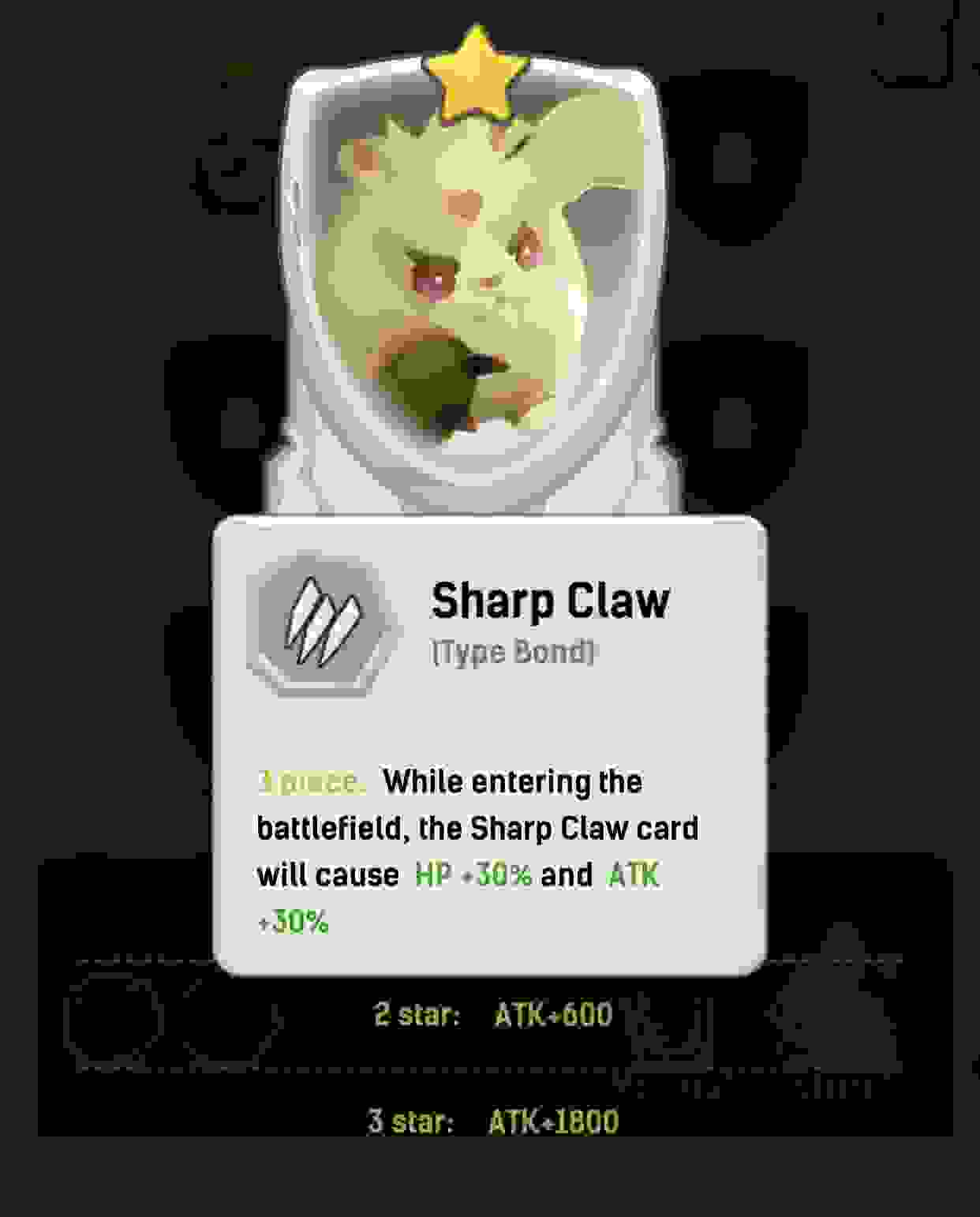 At any time, you can sell whatever card you want in order to get a refund of Clatter Coins. Sell the ones you don’t want and don’t plan on using, but don’t sell too many, in case you miss out on a good Region or Type Bond later. 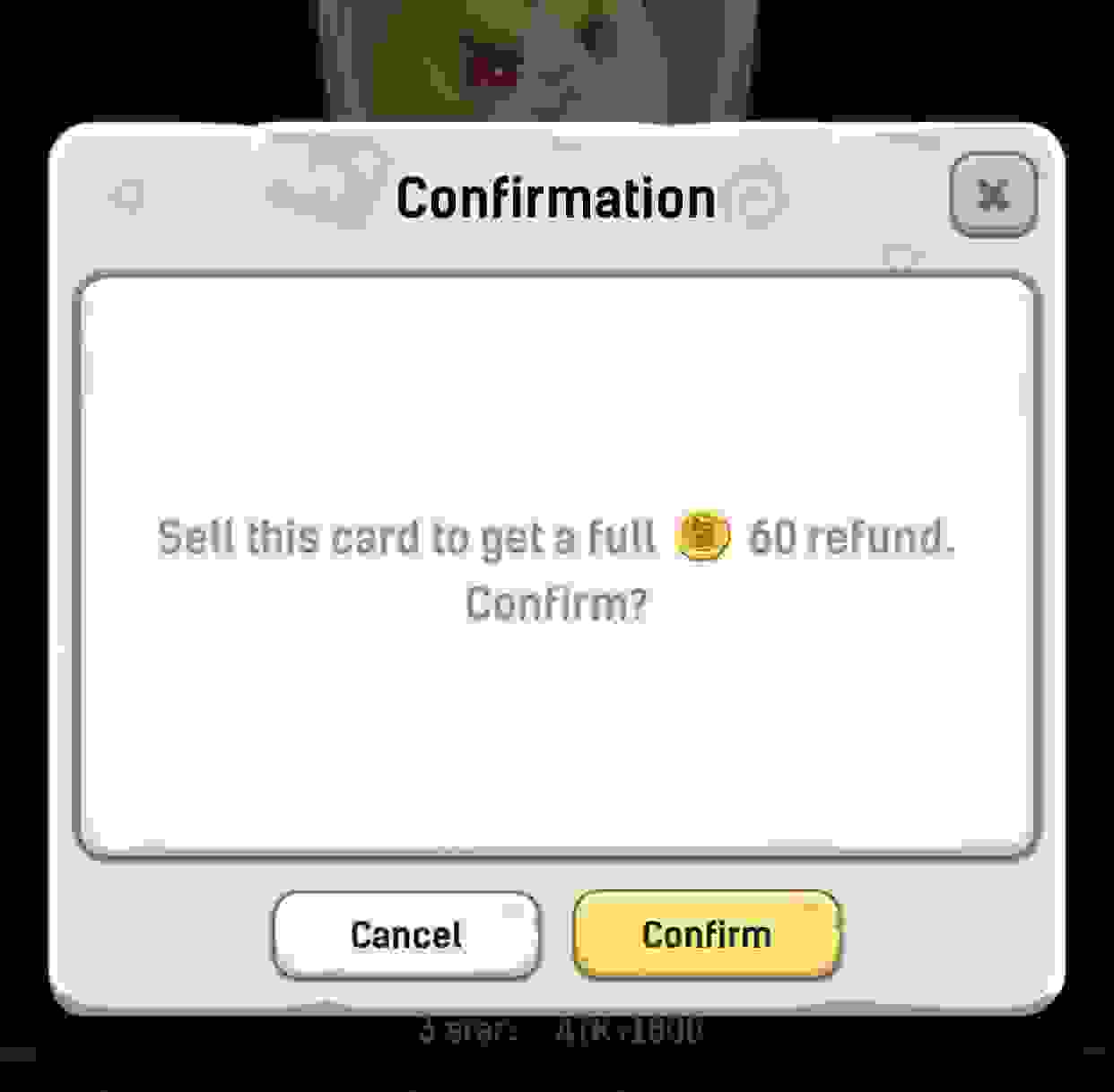 If you do mistakenly get rid of a card that you wish you had not later on due to region and type matches, don’t worry. The store refreshes so frequently that you have a good chance of seeing it or a similar card pop up in the store sometime later.

The store refreshes on its own once per day. You can also manually refresh it twice per day for free. After that, you have to pay starfish in order to refresh it.