Ulala: Idle Adventure is one of the most popular new idle MMOs for the iOS and Android platforms, with all sorts of features including pets. Pets aren’t just a cosmetic flourish in this game; they’re often the cornerstone of your battle effort, as they can be far more powerful than your character or your teammates.

There is a lot to the pet mechanic in this game. You can catch new pets of varying rarities (common, uncommon, rare, epic, legendary, etc), train and upgrade pets, release pets, go on pet adventures and explore, choose and equip pet skills, and, of course, you can ride pets. 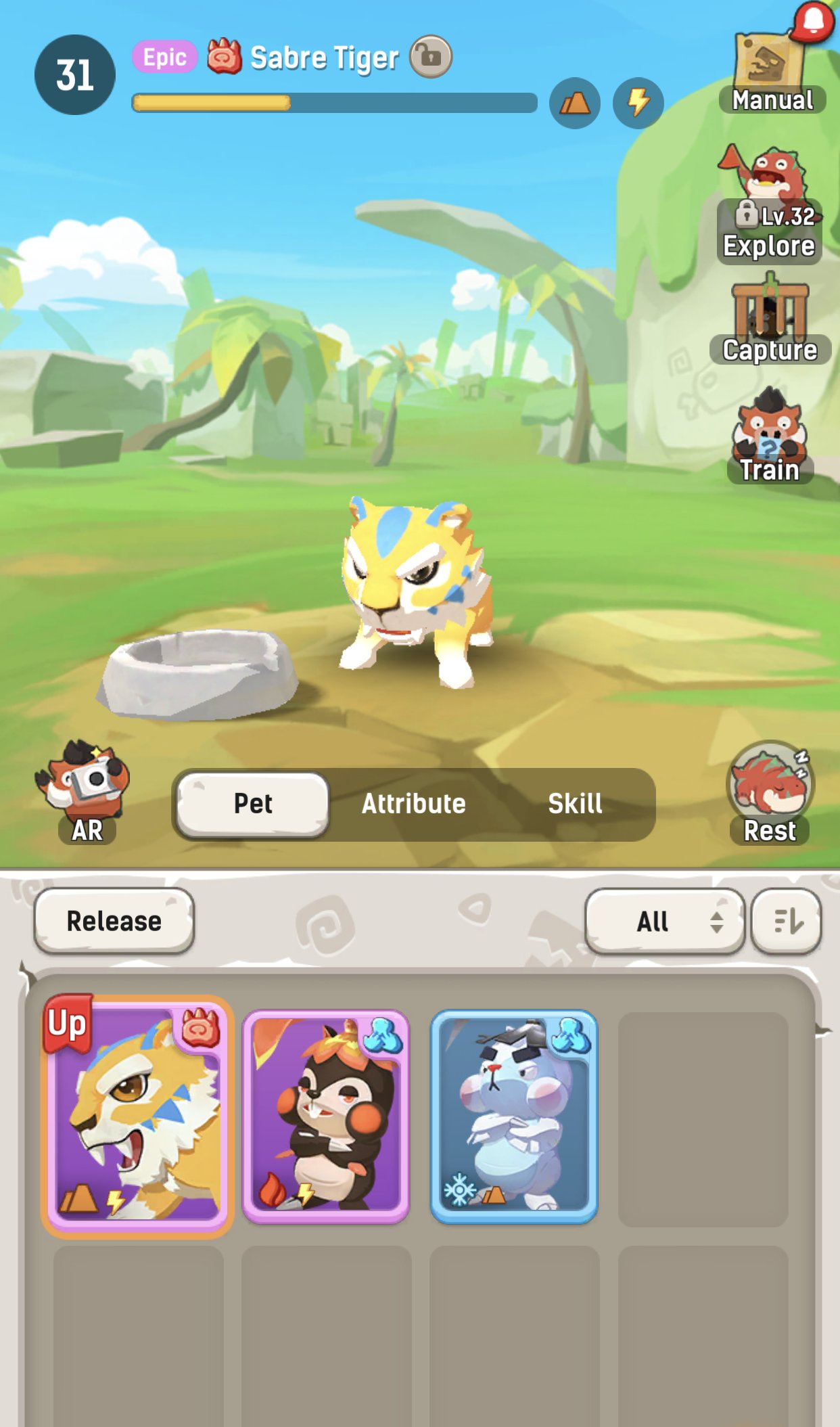 Read on for a full guide to playing with pets in Ulala: Idle Adventure!

Catching pets is easy in this game, but first you have to unlock the catch area and the cook area. Once you do, first, have raw food, then go to the cook area. Now pick a recipe that you have all of the ingredients for, and cook it. 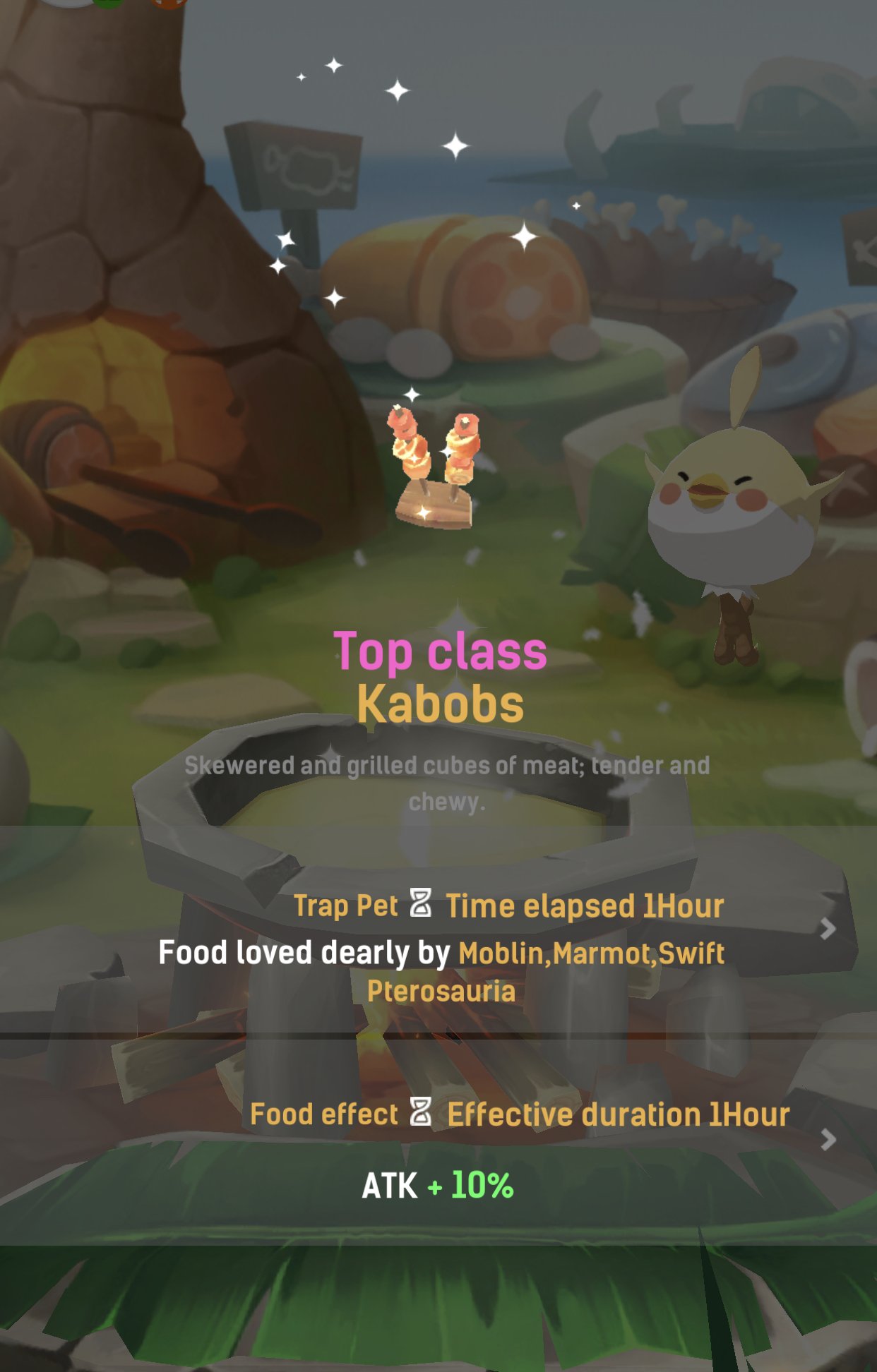 When the cook is done, you’ll get the food in varying tiers of rarity. Now take the food and place it in your capture area, wait an hour (or use pearls/starfish to speed things along), then come back and drop the trap. You’ll catch any number of pets, with the quantity and rarity differing depending on the rarity of the cooked food that you put down.

Feast Capture costs 980 starfish, making it one of the most expensive premium options in the entire game, but if you use it correctly, it’s worth it. Pick the Feast Capture option and set it out in the capture area, and you will get at least one gold tier pet.

The reason it’s worth it is that if you get the right pet, it could be one that you stick with for the remainder of the game. So before you choose this option, be sure of the recipe that you want to apply it to. 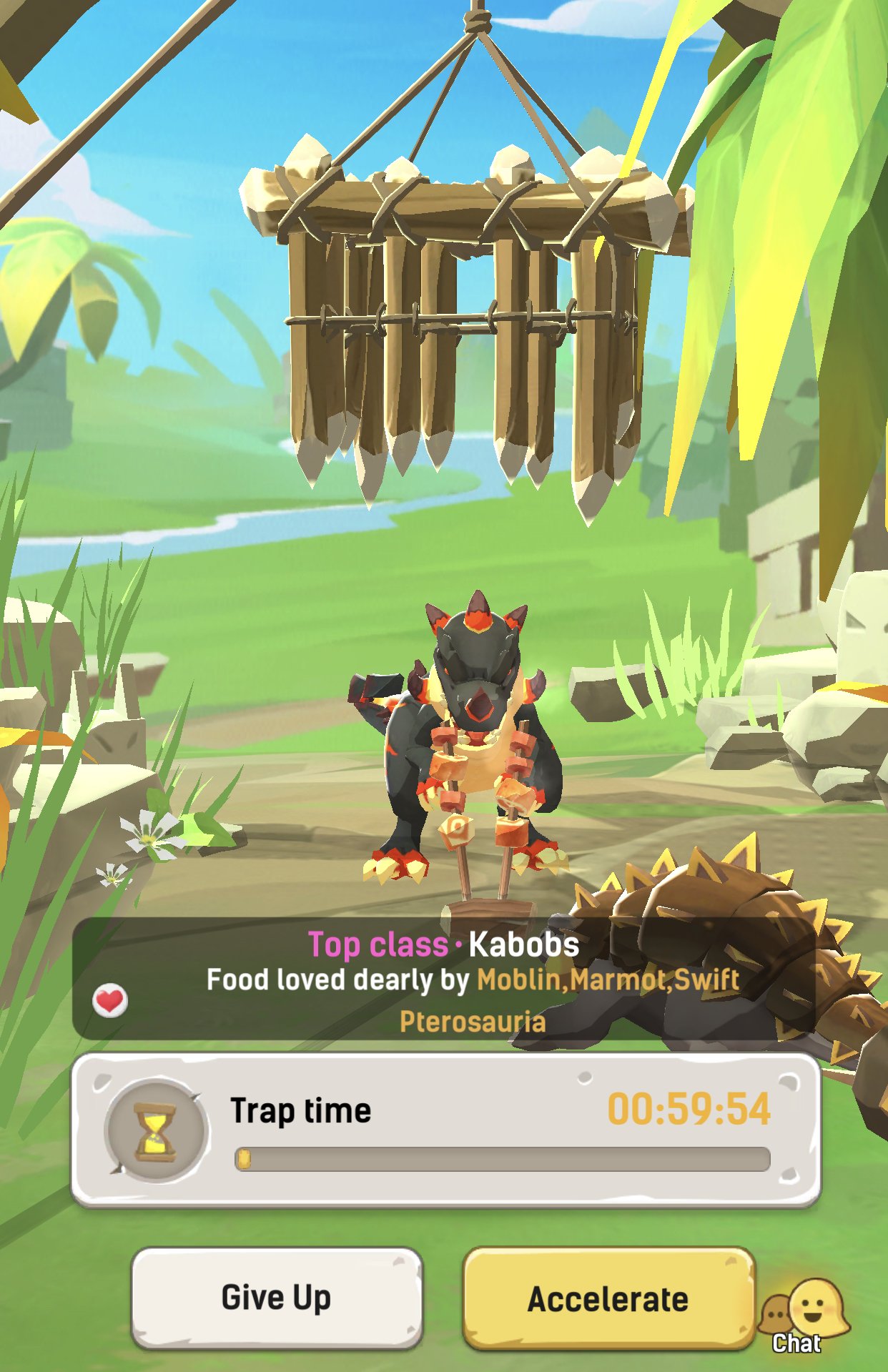 Pets are the reason for team battle

When you’re not on a team, you have three placeholder teammates, but they don’t have pets. Join ANY team whose players have pets, and you’ll see huge differences in how far you can get, how quickly you win each battle, and how tough the battles are that you win.

This is because pets have a gigantic effect on what happens in battle, and if all four team members have pets, that gives you a major advantage. Check the pets when you examine a team before joining, as pets can sometimes even be more important than the player’s experience level.

Use the right pet in battle

Go to the pets menu, then tap a pet and hit “use” to equip it. Before you do that, though, first, check out all of their attributes, their stats, and their elemental effectiveness. Then compare their effectiveness to whatever the next boss or series of bosses is that you’re fighting. 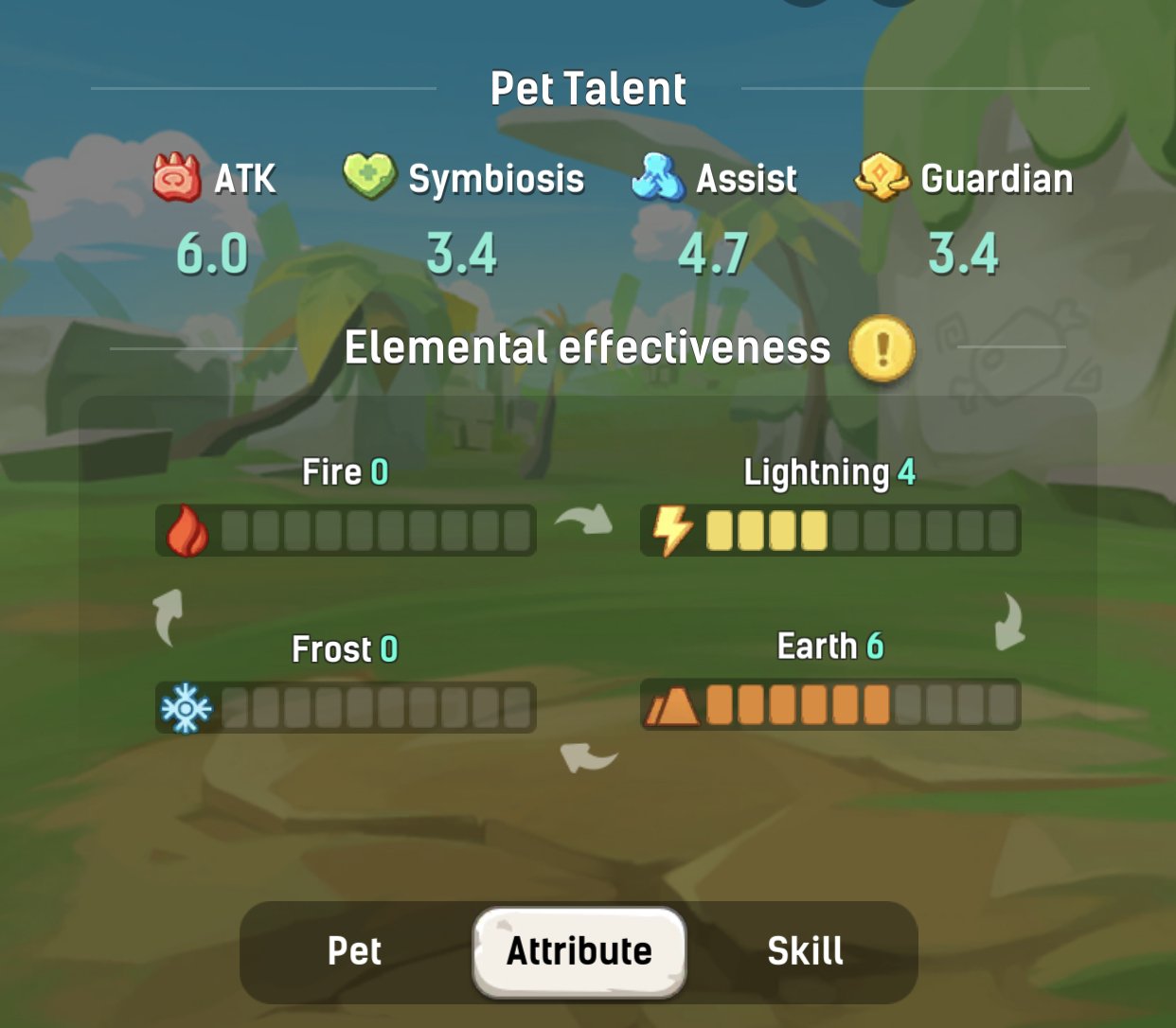 Aside from the stats, you want to use the right elementals to counter bosses. Fire, frost, lightning, and earth are the elementals. Frost beats fire, fire beats lightning, lightning beats earth, and earth beats frost. Absolutely nothing about this makes sense, but that’s the way the game is.

Training pets allows you to raise their upgraded level, and thus their stats, but this can be far more expensive than upgrading your character itself. You use fossils to upgrade your pets, and the rarer the pet, the rarer the fossil that is needed. So epic and legendary will cost a LOT to train. 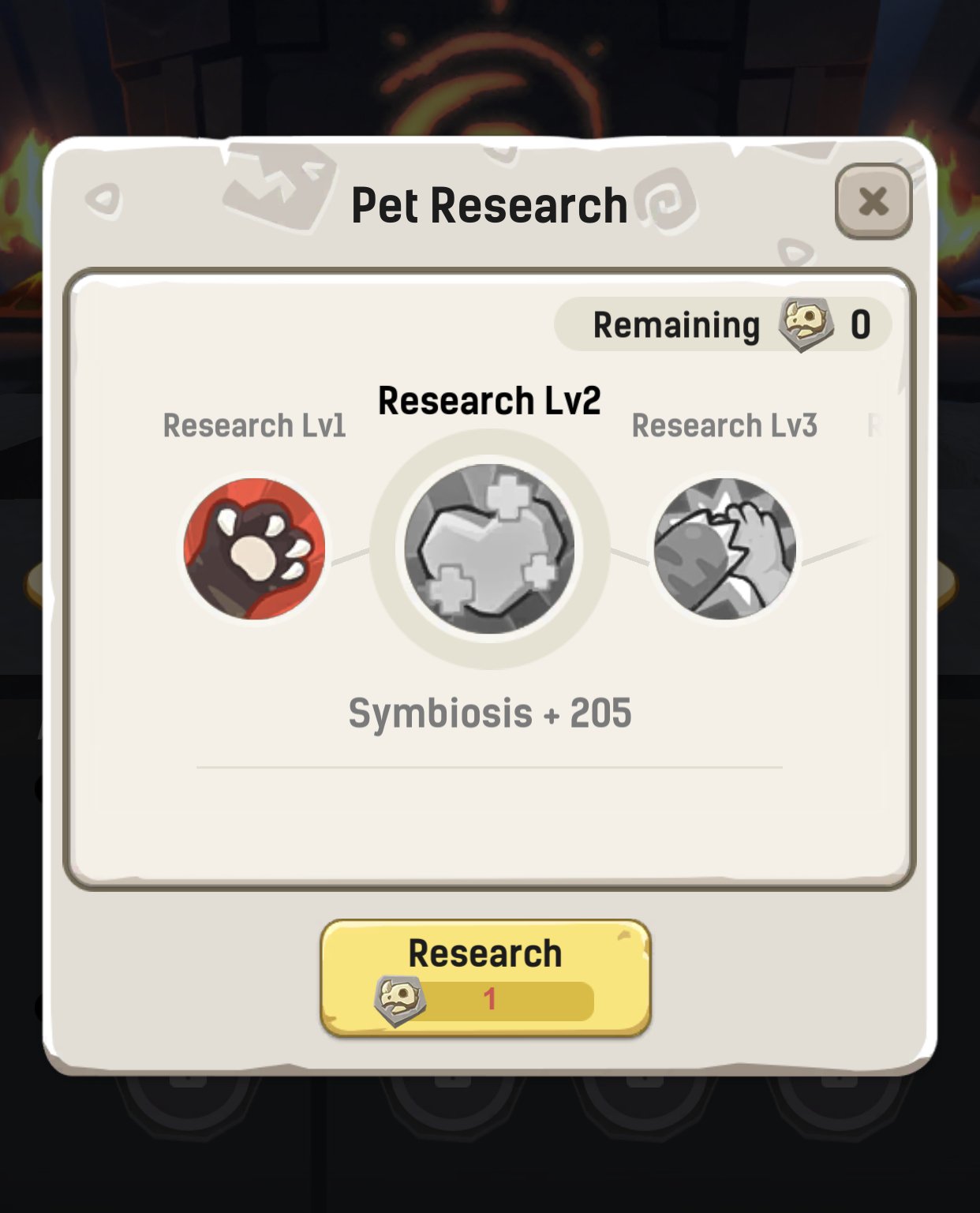 To get training materials (fossils), first, you need to release some of your other pets. The rarity of the pet that you release corresponds with the rarity of the fossil that you get, but you can also trade in multiple fossils of one rarity for a fossil of the next rarity up.

You can get pet skills at level 30, and with the requirement that a pet itself has to be trained to level 29 minimum for the first skill slot. Level 37 is for the second skill slot, and the third happens at level 48. So even before you get pet skills, you’ll need to absolutely be loaded stat-wise.

Pet skills themselves can be acquired in the Skill Draw area, and can give an entirely new dimension to your battling. You can get healing abilities, shield, buff, debuff, increase damage/health/attack/etc with the skills. But the stat boosts that each pet gets from being upgraded are also a huge reason to pursue a sky high upgrade level for pets.

Yes, you can ride your pets in this game, but it might not be obvious how to do so because the game doesn’t explain it. You’ll typically see players riding pets when you start to join teams at higher levels. Sometimes, you’ll have one riding teammate; other times, you’ll have three.

The way to ride pets is simply to go to the camp area, go to the passes area, and buy a pet pass. Riding the pet is, indeed, a cosmetic flourish, as it doesn’t actually change the gameplay – you’ll just jump back off when you’re in battle anyways. But it does look cool, and a pet pass is only $5 USD or the equivalent in your relevant non-US currency.

how to make thc infused gummies

Hi everyone , can anyone recommend where I can purchase Creating Better Days CBD Edible Go Nano Vitagummies Vitamin C 20mg?

i’ve always been watching How I Met Your Mother, this comedy show is really great~